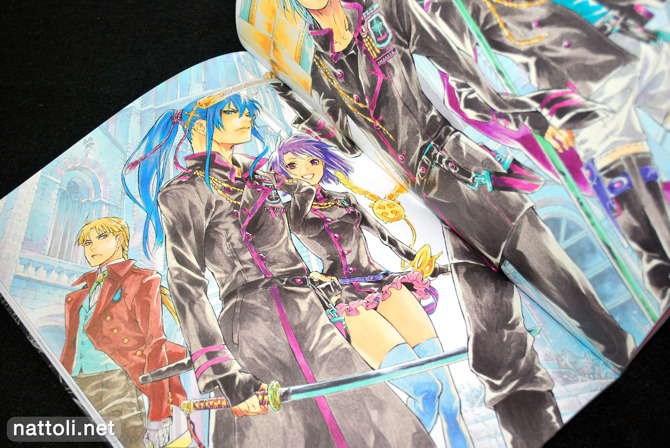 D. Gray-man Illustrations NOCHE came out at the beginning of Febraury this year, and marks the first illustration collection for the 6-year old series. This art book focuses entirely on the manga art by Hoshino Katsura, with 86 pages of color illustrations that were for the most part featured only in issues of Weekly Shounen Jump and Jump Square. 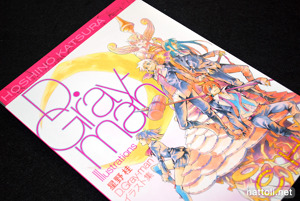 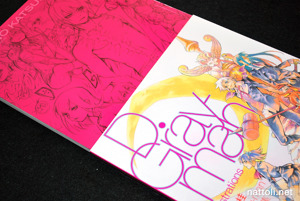 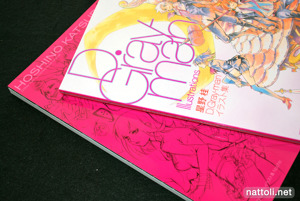 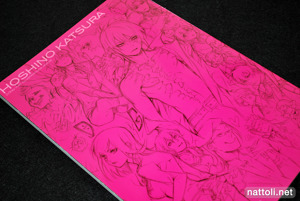 One of the most novel things about this art book is the presentation. The art book is housed inside a slip-case made of cardboard featuring the title art work, the bar code, price, and other such information. But remove the slip-case and you essentially see the real cover, with black sketches on a bright magenta backdrop. The slip-case isn't even as tall as the A4 sized art book, so that you can see the author's name when the book cover is partially exposed. What's really remarkable about all that is the publishers have added that extra presentation value, and yet kept the price down to just ￥1890. 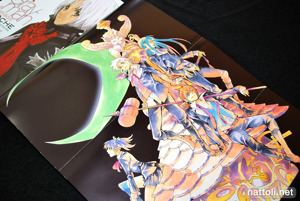 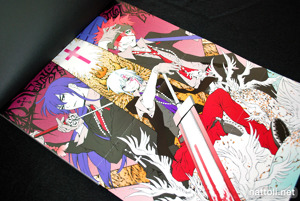 D. Gray-man Illustrations NOCHE includes a double-sided fold-out poster that features new art work; one one side is the cover art featuring Lenalee, Allen, Kanda, and Lavi on a black background instead of the white like the cover (which really makes a difference). The other side features Kanda, Lavi and Allen in a flat coloring style that isn't typical of the manga art.

Of course, even Hoshino Katsura's older works are lovely. I remember seeing the illustration above featuring Lenalee and Road years ago when I didn't even know what D. Gray-man was. It's sometimes hard to believe it's been so long when following the manga series.

Even though I appreciate the older stuff, I was really looking forward to seeing a lot of the newer volume cover illustrations without their usual enormous title text covering half of the art work. And that's definitely what you get in this art book; large full page illustrations and spreads completely text free. 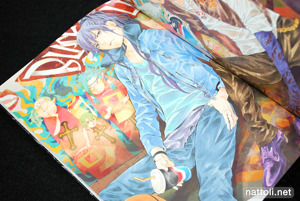 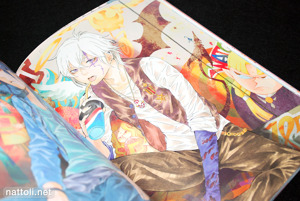 There are about 75 illustrations, though it's hard to tally up more accurately due to two pages of small illustrations of Allen Walker (mostly) and others in a variety of outfits titled "Party Mix." I just counted each of those pages as one illustration ^^; 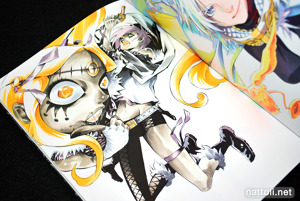 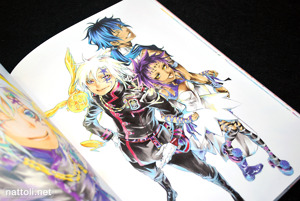 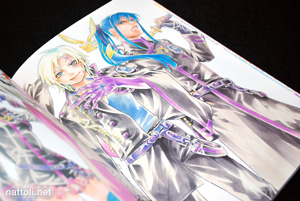 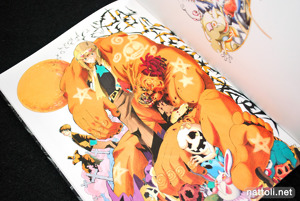 There were more pictures of the Noahs in the latter half of the book, though I do wish there were some more. You can really see a gradual increase in the use of bright colors in Hoshino Katsura's illustrations as time went on, with even more color in their exorcist uniforms than the black and white look from the beginning. Also in the back of the art book are two illustrations from her first manga, Continue. 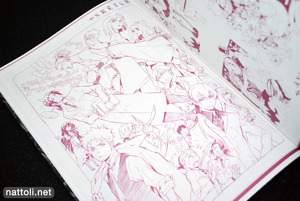 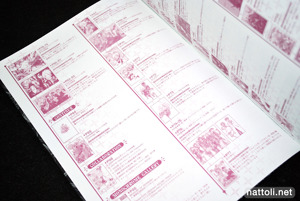 I mentioned earlier that D. Gray-man Illustrations NOCHE is 86-pages of color illustrations, but the book itself is 102 pages---the last 16 pages are monochrome pages, with a few pages of illustrations, a commented index, and artist cross talks with Hoshino Katsura, Death Note's Obata Takeshi and Akimoto Osamu. This really is a comprehensive art book for D. Gray-man, covering so many years of illustrations in such high quality. Factor in the low price of ￥1890 and it's a must get for fellow D. Gray-man fans out there ^^ And though it's just a guess, I wouldn't be surprised if this gets published in the U.S. especially considering the other JUMP series art books like One Piece, Naruto and Bleach all being internationally published.

Not a fan of his art but nice review

Great review as you say looks like great quality for a good price, D.Gray-man deserved a book because is a great shonen.

the american Amazon.com site is selling it now :D

I really want it too!! Why is it not available here in my place?