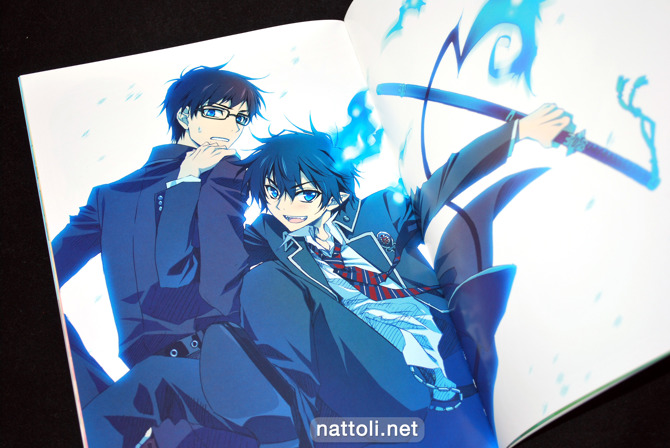 CARNELIAN's Benigyokuzui Vol. 30 is filled with all new illustrations and pays tribute to several recent anime series, including ones that are guy-centric. Released for Comiket 80, it includes fan arts from Blue Exorcist, Tiger & Bunny, No.6, [C] - Control, Mawaru Penguindrum and several more. 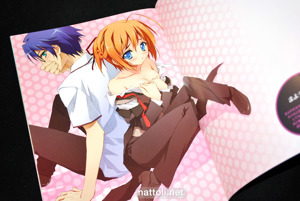 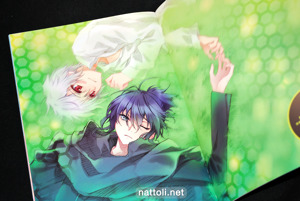 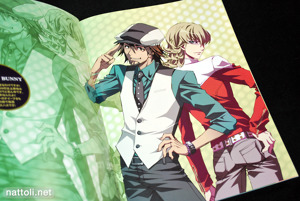 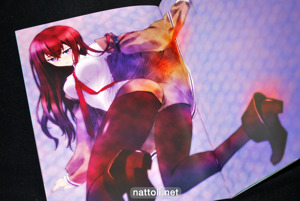 There are a lot more illustrations of male characters in Benigyokuzui Vol. 30, like Nezumi and Sion from No.6 as well as Kotetsu T. Kaburagi and Barnaby Brooks Jr. from Tiger & Bunny. Not pictured, but also in here are the boys from Uta no Prince-sama - Maji Love 1000%. 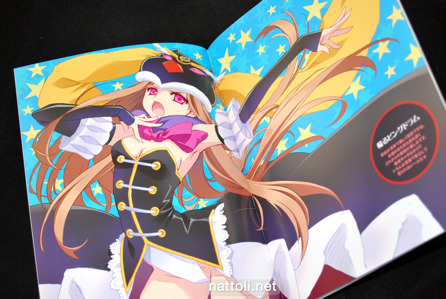 The final two-page spread is of Himari from Mawaru-Penguindrum, which is really well done. Benigyokuzui Vol. 30 was certainly more appealing than CARNELIAN's other summer release, Benigyokuzui Taiwan Version 02, in large part because there were so many new illustrations (that were more relevant to my interests ^^;). It's one of the better Benigyokuzui volumes, and I'd definitely recommend it if you can grab it for a good price ^^

Fortunately I was able to get this one ! ^^ I really liked it. As one could expect from an artwork made by Carnelian, the artistic style is impressive.

I have total agreement with you, nat, when you say that it is one of the best releases of the Benigyokuzui series. Sadly the same thing cannot be said about the last Taiwan version. ^^: