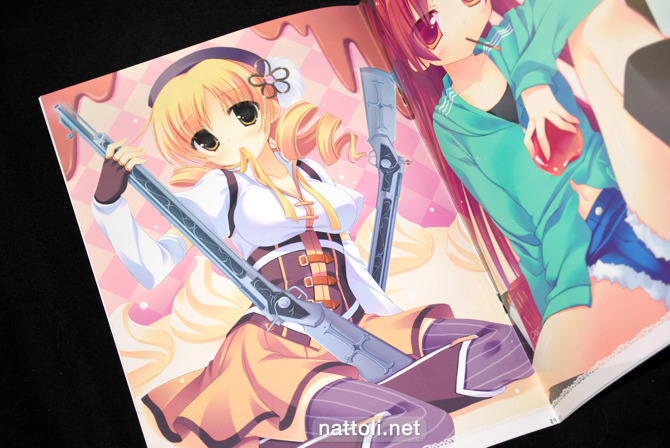 Connection: Madoka Magica Illustration Book is a project led by Purinpurin (プリンプリン) that includes illustrations from eight different artists. And all of that sounds good in theory, but there's only one illustration by each artist, making it a rather short collection ^^ But, it was released for the one day event Magi Madoka ONLY - Mou Nanimo Kowaku Nai (魔まマ オンリーイベント～もう何も恐くない～) so there wasn't a lot of turn around time. 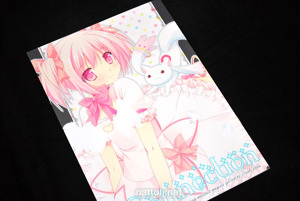 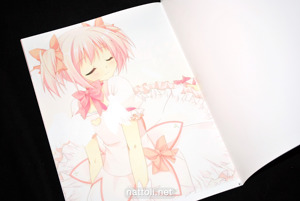 Connection is B5-sized, staple-bound and 16-pages including the covers. The cover art and first illustration are by Purinpurin and feature Madoka. All of the main girls are included in an illustration, with two solo Tomoe Mami illustrations and two solo Kyouko Sakura illustrations. 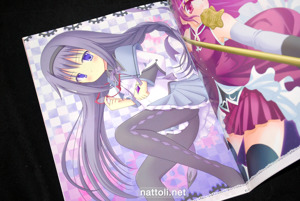 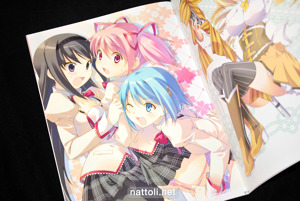 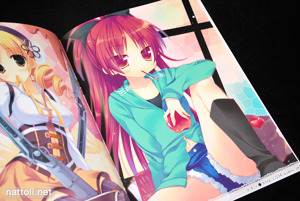 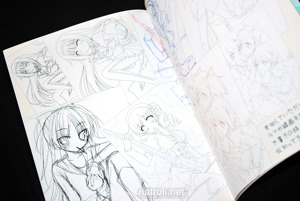 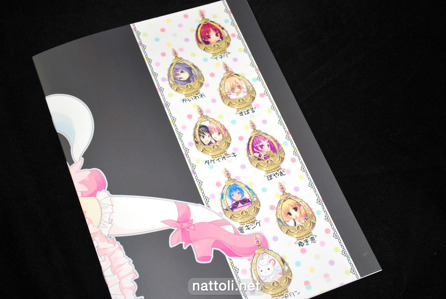 Overall, Connection is pretty forgettable, and there really aren't a lot of illustrations. There are a lot of better Madoka books out there, especially post Comiket 80. That is, if your Madoka interest hasn't fizzled out yet ^^;

Nice illustration still though. Think Madoka stays alive for now thanks to such books and the (fan) art.