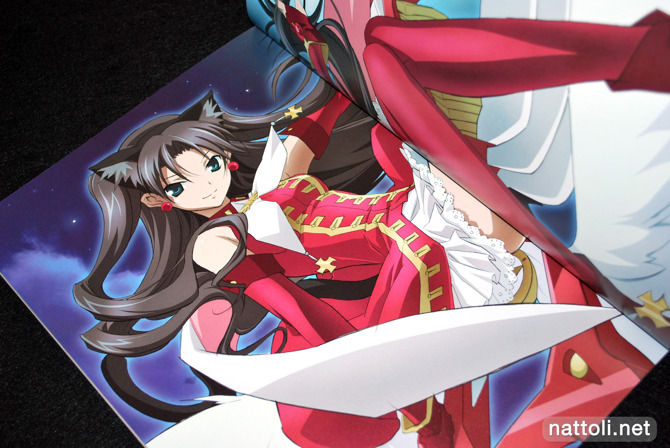 Rin Tohsaka Portraits is the second portrait book to come out from the Fate/Stay Night series after the premier book featuring Saber. This art collection follows the now conventional format of portrait books; the majority of illustrations are brand new and drawn exclusively for the art book. They're all Rin focused, and much like in an idol portrait book, she wears a variety of outfits and strikes several poses. 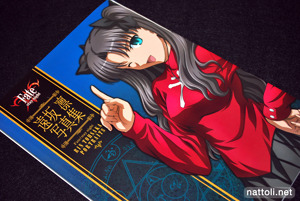 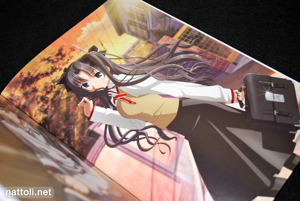 I think the cover art is the least flattering and original picture in the book. After you've managed to get past that, it's smooth sailing. Rin Tohsaka Portraits is 64 pages dedicated to Rin, and all in full color. Several well-known artists contributed as well, though most are on the production team. 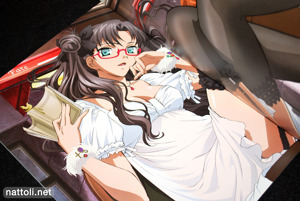 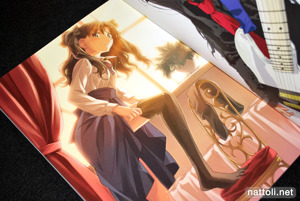 Even though there are a variety of artists, the illustrations are done in the standard animation style for Fate/Stay Night, so they don't look like fan arts. Asako Nishida, character designer for Simoun and Vampire Knight (among many others) illustrated Rin with glasses on the top right. The illustration above on the left was done by Poyoyon Rock, who wasn't directly involved with the animation, but did also contribute an illustration to Fate/Stay Night Saber Portraits. 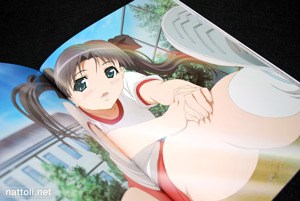 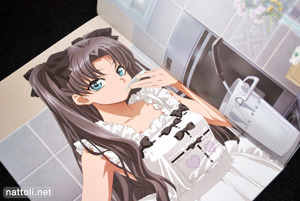 On the other hand, the Rin portrait in gym clothes above is illustrated by Kanokon character designer Akio Takami, and his signature style really comes through. The other illustration with Rin in the frilly apron is by Atsuko Nakajima, character designer for Trinity Blood. Her style shows through in the eyes.

As someone who regularly buys anime magazines, I really notice the animation illustrators because the top ones are always the ones drawing those beautiful promo arts we see every month. My personal favorite Fate/Stay Night illustrator is Maki Fujii, who is responsible for the opening art work on this post and also several of the previously published illustrations featured in the back of this collection. 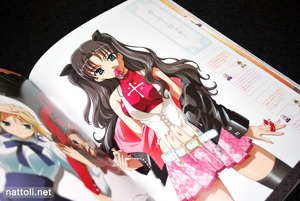 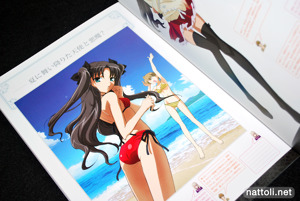 The book exclusive illustrations end on page 29, and there are a total of 17 (if you include the cover art) new art works for this book. At the half way point, focus shifts to older art works that have been published in magazines and merchandise, like the ones above. The two illustrations above are by previously mentioned artists Asako Nishida and Maki Fujii.

Like with previous portrait collections, rough sketches with commentaries are provided for each of the new pictures, and then the rest of the book covers costumes, character development, and Rin's storylines through the use of screen shots and character perspectives. That's basically it for the art work. 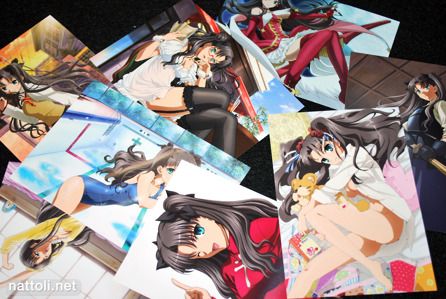 Almost. I nearly forgot the cards. Though the true collectors out there wouldn't dare open it, this book does include 8 small sized "photo" cards of Rin, selected from the new portraits featured in the book. I guess that way loyal followers can keep her photo close to their hearts!

looking forward in having decent subbs for the movie.

Thanks for these pictures. This is a great artbook with many beautiful illustrations ^^

Best Fate/stay night character ever. I'm still waiting for my copy~ My favourite would be the Rin with glasses by Asako Nishida.

Asako Nishida is one of my all-time favorite animation artists, she makes any character look better. She even has an art book that came out last year called JAM. I need to get around to reviewing that one ^^;