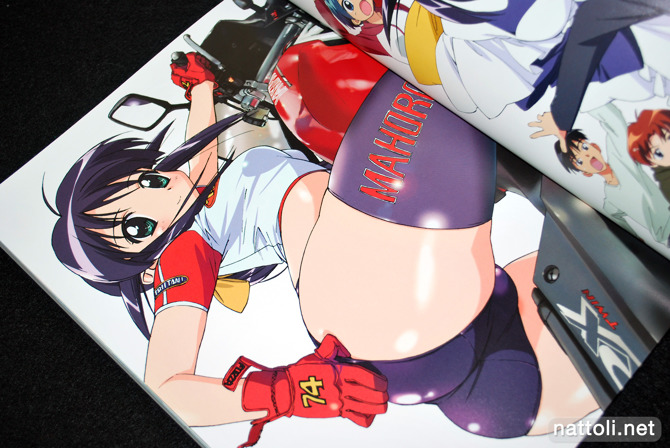 Kazuhiro Takamura is an animation artist who has been the character designer for shows such as Mahoromatic, Strike Witches, This Ugly Yet Beautiful World, Binbou Shimai Monogatari, and He is My Master. But that doesn't even begin to cover the number of series he's been a part of as an animator or an animation director and rest assured, Kazuhiro Takamura ANIMATION WORKS beautifully brings together a multitude of anime series all in one book.

This A4 sized art book is 160 pages long, a number I would describe as deceptively large considering that the color illustrations end on page 96. Still, 96 pages is a relative standard for art books, so it doesn't feel like it fell short of a goal or anything. There is also a double-sided fold-out poster, with the cover art work on one side (with better spacing) and profile images of the Strike Witches girls on the other.

Strike Witches is the first series featured in the book, with a total of 11 illustrations over 12 pages. That was kind of a surprise, considering how much Strike Witches was mentioned in association with this art book, I would have thought it would have been a more significant portion. Most of the illustrations were included with the DVDs sold in Japan, so with their considerably limited availability, it's nice to see them here. 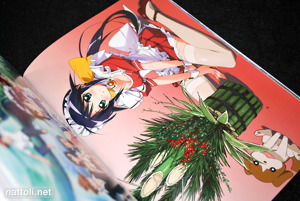 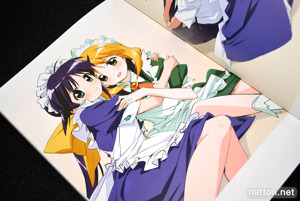 The Mahoromatic section is plentiful, and even though I've collected the visual books from the series, there are still illustrations in here that I haven't seen before, which is always a good thing. Mahoromatic is covered on 23 pages, with 35 illustrations in total. The page layouts in this section (and the rest) are especially good because the horizontally laid out images are just placed side-ways on a page instead of as two page spreads. Also, when images share a page, they're arranged without white space borders so the presentation is larger.

As mentioned before, Kazuhiro Takamura is also the character designer for This Ugly Yet Beautiful World, so there were a few images included from that series as well. Nowhere near as many as there were for Mahoromatic though. There are a total of 14 images over 7 pages, so as you can guess, most of them receive half a page.

The next big section is for He is My Master, which has a total of 27 illustrations, many of which were new to me. In fact, four of the illustrations are drawn originally for this art book, with several more being original merchandise illustrations from the R2 DVDs. But there are also the usual works that were originally published in magazines like Megami and Newtype. 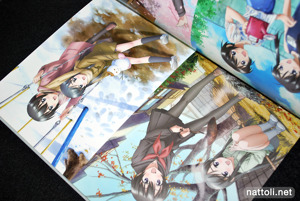 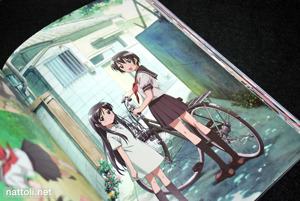 Kazuhiro Takamura was also the character designer for Binbou Shimai Monogatari, but it has a comparably smaller section with just 7 illustrations over 4 pages. It's okay though, this one never really felt like his style to me anyway ^^ 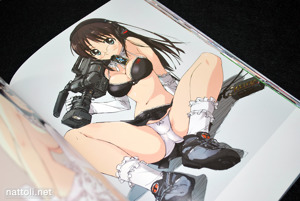 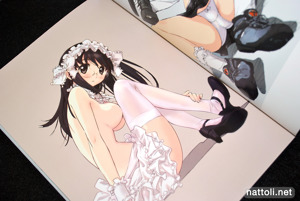 From this point on are shows that Kazuhiro Takamura worked on, but not as the character designer. There is a lot of variety in this section, and several unexpected illustrations, like the ones above done for TECH GIAN magazine. There are four full page illustrations of this gorgeous glasses girl ^^

Pages 97 through 153 are all the "Monochrome Gallery." This section has some of what we'd expect, like around 30 pages of Strike Witches character line arts and storyboard art work. And then there is something less expected; there are several pages of grayscaled color illustrations from Kare Kano, Mahoromatic, and FLCL. A lot of those I would have liked to have seen in color, but there must have been some issue about re-publication to have them included in that way. Either way, not the usual content for a monochrome section in an art book. 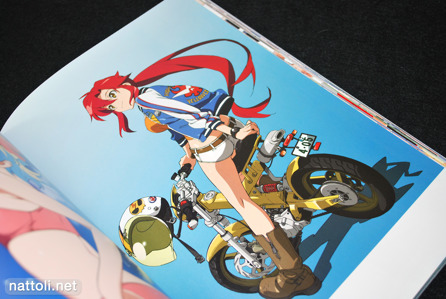 On all other aspects, I really found it to be a great collection of Kazuhiro Takamura's works. I'm sure it helps too that I've watched and enjoyed nearly all of the series in the book though! Good times ^^

I wish there was more Strike Witches artwork and I probably watched only a fourth of the titles that he worked on. ^^ Thanks for the review.

I wish there was more too. The early cover art for the book printed in magazines featured only Strike Witches, guess they thought better of it after there was so little in content.

Oops! Fixed that now, thanks ^^

Overall, still nice and something I would at the very least stop and peruse through if I saw it on a shelf.

That is amazing. Kazuhiro Takamura sure is a talented artist. I've loved that style for many years. I did not know who was the one behind that artwork.