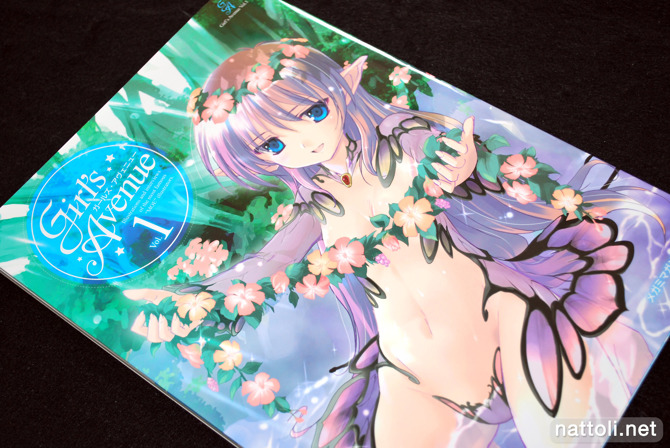 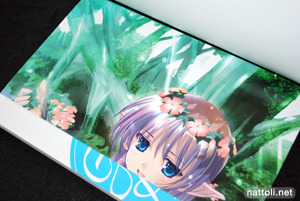 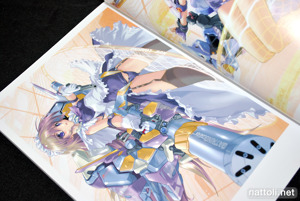 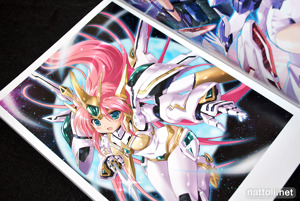 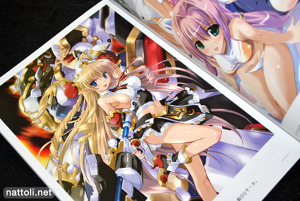 The first 30 pages of the art book are dedicated entirely to Eiji Komatsu's art work as he has done quite a lot for Megami Creators Magazine in terms of covers and B2 posters. He also did the new cover art for this volume, and inside there's a double sided fold-out poster with the art work again. The opposite side has a re-print of the B2 poster that came with Megami Creators Volume 14, which also appears again on a full page in Komatsu's section. Basically, if you've been keeping up with Megami Creators magazine, then you'll have seen all of these illustrations before.

The other 12 come from from Megami Creators Magazine, which does have "Creator's Original" illustrations in issues when there isn't a Girl's Avenue poster available. Taking that into consideration, at this rate they can definitely make at least three Girl's Avenue volumes before they catch up to what's already out there. The art works pictured above were all originally drawn for Megami Creators Magazine. 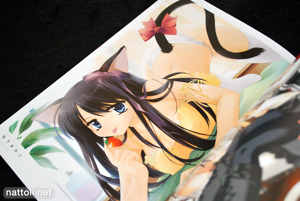 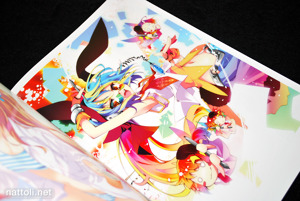 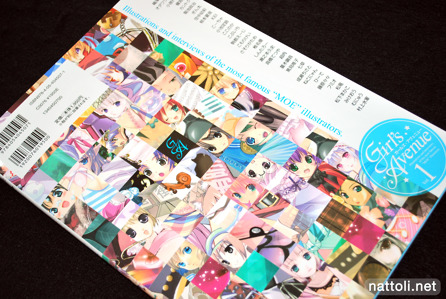 I'm really not sure if I'm going to collect the rest of these, and I wouldn't recommend Girl's Avenue Vol. 1 to anyone who actively collects or follows Megami Magazine or Megami Magazine Creators; just about all of the images are better presented in their respective magazines. And it really doesn't help its case that so many better art books came out around the same time ^^;

Mhh, I don't collect any of the Megami magazines, so would you say it still is a nice artbook for those who do not have the magazines but would still like to sample the illustrations?

Sounds though like there's a lot of pages without full page illustrations...

Oh yeah, in that case I'd say it's a great showcase of really talented artists. It is big on the interviews though.

I just get annoyed with essentially re-buying the same thing in a different format. It's like with the Girls Girls Girls! art books, those are all re-prints, but since I don't buy E☆2 magazines it's new to me XD

Great review, this as really helpful for me! Thanks

Thanks, for the advice. I have seen a lot of these before and after the first set of: 1, 3, 4, 5, 6 only 14 and 16 seem to be artistically pleasing, and 16 gets the nod because I already have a nice presentation of the work. This is helpful I would have felt cheated if I had purchased this one.

Haha, yeah, my sentiments exactly. Glad to have saved you some cash :3

you know,i'm thinking why girls avenue is their name? by queenie