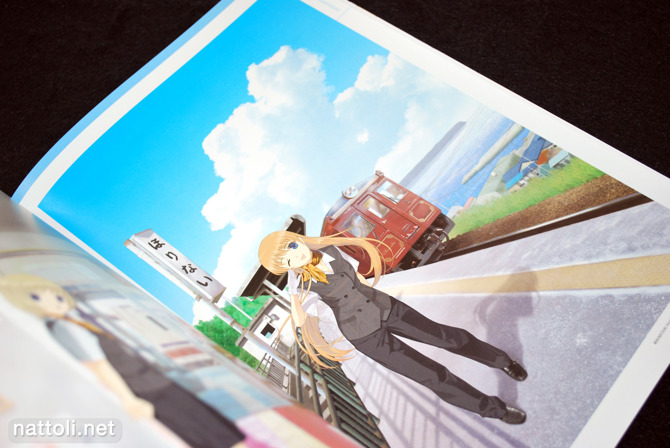 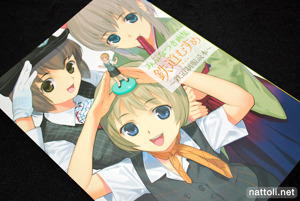 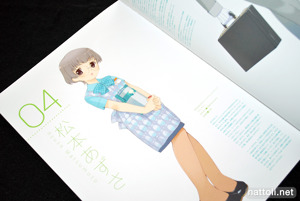 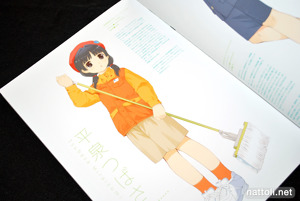 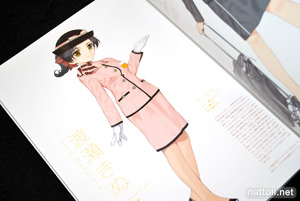 One of the cool things to consider while looking through this art book is that these uniforms aren't imagined up by Mibu Natsuki; they're all very real and based off of uniforms worn throughout the train stations in Japan. This pretty much also accounts for the fact that some of the outfits worn aren't terribly interesting, but then again every day work clothing seldom is. 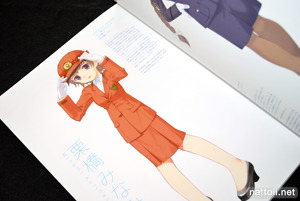 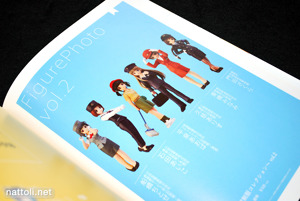 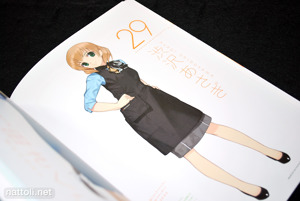 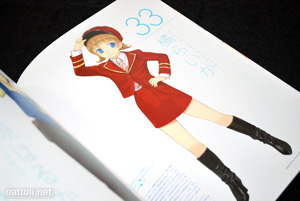 All of the railway girls have had a figure made after them, but they're the small kind of gashapon figures that retailed originally for around ￥525 to ￥630. In each section of the book, after the character illustrations are shown there is a photograph of all the girls as figures. There have been in total 9 series of six Tetsudou Musume figures each, making there a total of 54 solo character illustrations (one per figure) in the art book.

Each of the character pages includes profile information like the railway girl's name, age, blood type and the train line you can spot her on. Though most of the uniforms are pretty standard and believable, the last one above looks like something out of a different era. Would be both weird and awesome to see someone dressed like that attending a train station ^^ 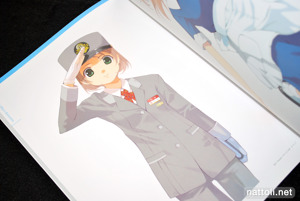 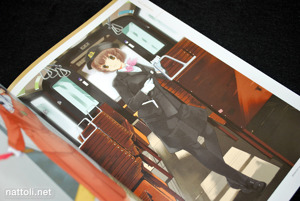 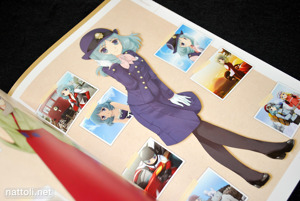 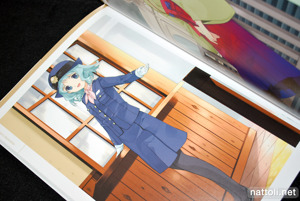 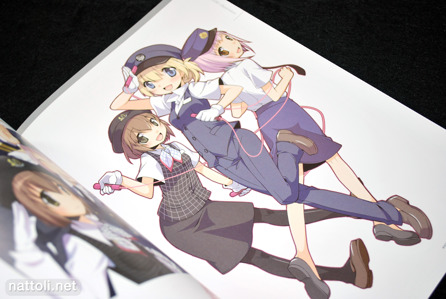 Even Matsuda98---who is the artist for the Tetsudou Musume manga---had illustrations included, though it was only two pages. But there is also a short manga comic at the back that I believe is exclusive to the art book. 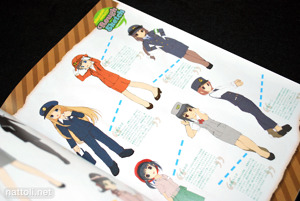 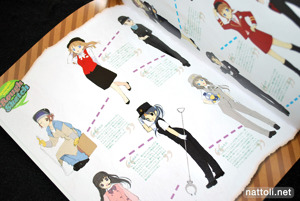 The art book finishes with rough sketches of the profile illustrations in the back. When I bought Mibu Natsuki Illustrations Tetsudou Musume I didn't really expect a lot of art work in the book, because I just didn't realize how much art there really was for Tetsudou Musume. Not to mention I initially thought it would be limited to Mibu Natsuki's works, but all the contributing artists are included as well. This really ended up being quite a good purchase ^^

Yowza, sorta expensive but I guess it has a lot of good pages, right?

It's good, but actually ￥2940 is a pretty average price for an art book. Anything within the ￥2500 - ￥3500 is standard from my shopping experience.

Looks like a terrific book filled with cute girls in uniform (this appeals to every man's uniform fetish).