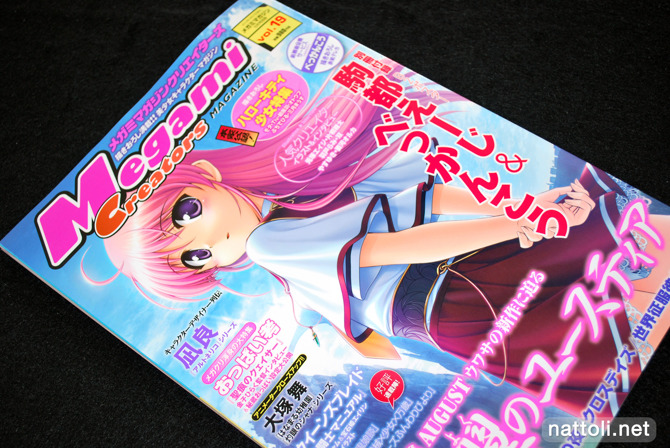 I feel like I'll never really be quite thorough enough with magazine reviews, so I was thinking I'll just start focusing more on the highlights and overall stuff that interested me in an issue. I suppose if you're here, you ought to have some degree of similar interests ;D So, Megami Magazine Creators Volume 19 came out at the end of last month, and it was a pretty good issue for illustrations.

The Hello Kitty campaign called With Kitty that's being marketed at an older audience was featured again, this time in the "Girl's Style" section of the magazine, which features six artist who all do an all-new illustration on a theme for the issue. The artists above are Tiv, Mitsuki Mouse, and Mota. And the three others in the section are Midori Foo, Otoufu, and Putidevil. From the looks of it, they even had a shared color theme, with more browns and natural colors.

The featured artists in the "Girl's Avenue" section of the magazine (which includes an interview, a full page illustration, and two pages of smaller illustrations) are Hato Rami, Sou, Irukawa Oruka, Yasuyuki, Usatsuka Eiji, and Katagiri Hinata. Hato Rami, Sou, and Irukawa Oruka all had "Creator's Original" illustrations, so they were new and drawn for this issue. I was familiar with all of the artists this issue except for Sou (双), though I now find his colorful style really appealing. I do wish more artists would consider online searching when choosing a name though. 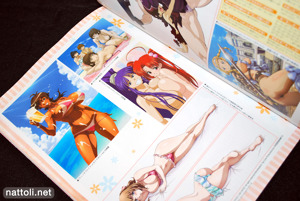 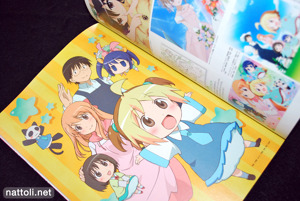 The animator focus for this issue is on Hiraku Kaneko (金子 ひらく) and includes a four page artist interview intermixed with illustrations of the "details" that go into the chests for all of the Seikon no Qwaser heroines. Nagi Ryou is featured for the third Ar Tonelico game, with an interview and several pages of small, tiled images from the games. And finally, Otsuka Mai, character designer for Hanamaru Kindergarten is also featured with a new illustration and a short interview.

The other regular features of the magazine are also in, with a B2 poster by Eiji Komatsu of the last illustration above, a new work by Shaa (center) and a Queen's Blade feature promoting the upcoming character additions for the game series. There were also games featured in the beginning of the issue, including the game with the new character designs by Bekkankou, Cross Days, and Witch on the Holy Night. 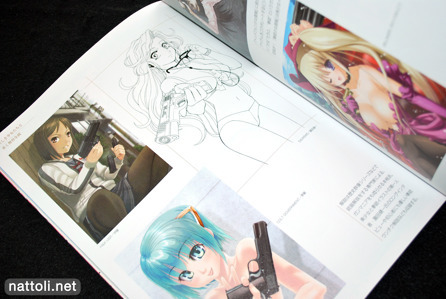 Also advertised this issue, a new Japanese Sword Girls-type book, but with pistols this time. Pretty standard issue, but nothing to complain about ^^

Megami is nice, I like a lot of the illustrations put out in each issue but have never come around to buying any yet. I remember seeing some old issues on sale at Borders which was surprising. If they were more up-to-date on those I'd probably pick some up. For the most part I usually sift through uploaded scans and save my favorites in high-resolution from image sites.

If I see illustrations I really like I may pick it up or just wait for the artist to put out a collections book.

Not to sure about picking up that Japanese -Pistol- Girls book. I have the Sword book which is amazing (if only it was in English though) ^^ Pistols....eh....but Rifles and such, definitely...

Heh, I'm a bit on the fence about the Pistol Reader too, though it's more because they usually show their better illustrations in the ad (because they want you to buy it after all ;P) and the selection just wasn't that impressive...

Thanks a lot for this sharing. Who are illustrators of pictures 6 and 8 ? I counted cover in ^^

If we're counting the same, 6 is by Sou and 8 is by Irukawa Oruka.

Yes, it's exact. Thanks a lot for information. I really like Sou illustration !