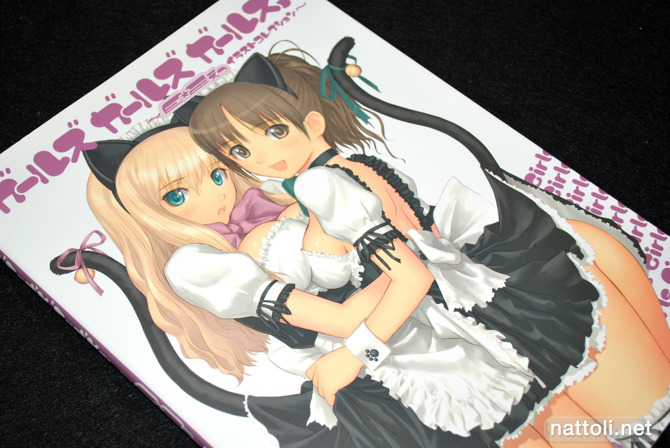 The very first volume in the Girls Girls Girls! series, called Girls Girls Girls! Illustration Collection came out in Febraury 2007, filled with the illustrations of various well-known artists that had been drawn prior to that date and featured in E☆2 magazine. As a result, this book is almost like a time capsule showing how many of today's popular artists evolved in their style, while others have managed to continue to deliver quality. 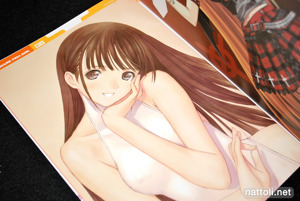 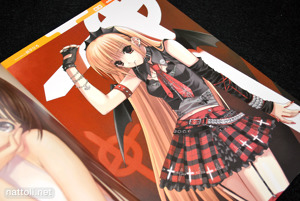 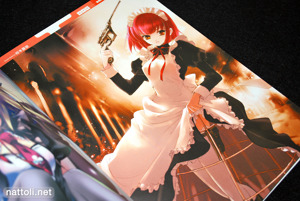 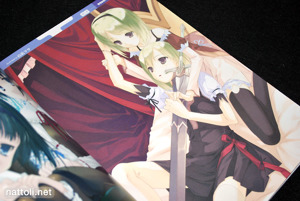 Actually, the cover illustration is new to the book, and even with all the other Tony Taka merchandise I've purchased, I have yet to see it re-printed somewhere else. The art works are arranged by themes like Gravure-teki Girl, Zoukusei-teki Girl, and Nichijyou-teki Girl and inside of that there seem to be sub-themes like magical girls and girls wearing glasses. Pictured above from left to right are Tony Taka, Suzuhira Hiro, Fumio, Tinkle, Satoshi Kiba, Kaya Kuramoto, and Shiranagi Masa. Satoshi Kiba's work in particular shows signs of things to come, yet definitely looks different than his current style.

I know 2007 wasn't that long ago, but it's still impressive that most of these artists are still active, and some even more active on the doujinshi scene. Koin, probably best know for his Kanokon art work, is an excellent artist, and one of the few occasions where I get to see his non-series related art work is in these various artists collections. Also at this point in time, the artist Akira's style looked more like Aoi Nishimata's than his own. Miyasu Risa already had her signature style at this point, which you can see more of in her Grande Desserts Color Illustrations.

Girls Girls Girls! Illustration Collection is 120 pages in length and A4 in size, but unlike later volumes from this series, only 80 pages are in color with the rest in black and white. Though it's all original work in the monochrome section, I'm still glad they got rid of it in later volumes ^^; There are two illustrations by Ryo Ueda in this volume, and surprisingly one by Rco Wada whose older style didn't really seem to mesh with the moe trend.

I've included a small selection of the black and white illustrations that are in the book, considering they take up nearly 40 pages. The illustrations on the pages for the most part correspond to the artists' featured color illustration, often with the same character in both. It really makes it seem more like a character than just a random drawing. 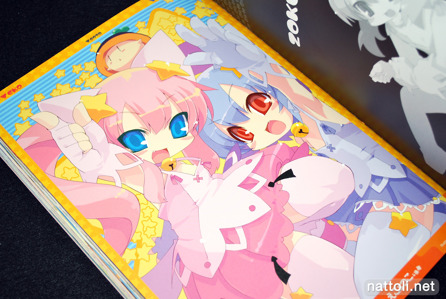 My interest in the Girls Girls Girls! series was re-kindled with the upcoming release of the 5th volume in this series, Girls Girls Girls!5 ～Pure Girl Collection～ on May 26th. These books really are a pleasure to flip through, and the generally high quality selections help to insure that the art work keeps from looking dated.

I could have sworn this was a few years old before I read it, good to see I'm not going crazy XD.

The illustration on the cover of this Girls! Girls! Girls! featuring the two very cute and voluptuous neko-cosplay maids is what first introduced me to Tony Taka. Apart from one or two from Shining Wind, that image is by far my favorite out of all of his works. I say this because it basically encompasses almost everything that is cute and attractive - at least in my humble opinion (brunette, ponytail, brown eyes, gorgeous smile, cute face, soft complexion, tender blush about her, curves in the correct places, neko ears, thigh highs, maid outfit, etc...). I'd call it a prime example ero-kawa. Truly a master of his craft Tony Taka be.

As for the art book itself, I've always wanted to buy into the G! G! G! series but never got around to doing so. It features a lot of my favorite artists and exemplifies many of their prime works. Hmmm...I just don't know really. Considering all that I should already own one volume at the very least. I may buy G!5 after a glance through its contents.

Heh, nice analysis on the cover :3

Yeah, get the new one! At the very least, it would be more recent art work and familiar artists. Then if you like it, you could work your way back to this one.