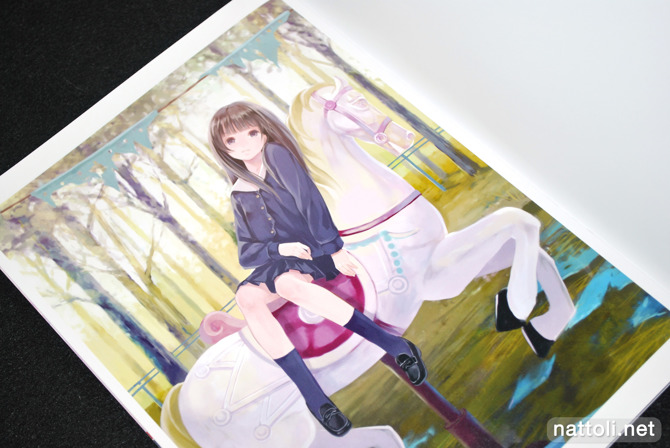 Daydream Girls came out during last year's summer COMITIA, from the circle RUINON which features art work by both Hukahire and Kattyuu. It's a short collection, only featuring eight illustrations in total, but the elaborate dream-scape backgrounds make this doujinshi a case of quality over quantity. 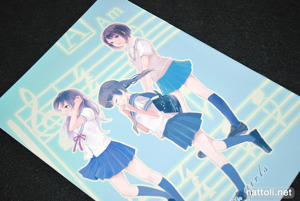 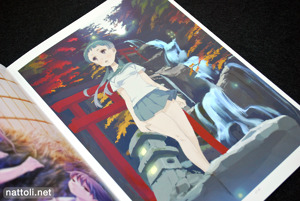 The cover is jointly illustrated by Hukahire and Kattyuu, with Kattyuu's school girl in the center. Each artist has 4 illustrations over 16 pages (including covers), with three two-page spread illustrations total. 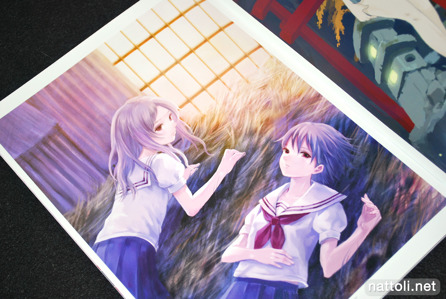 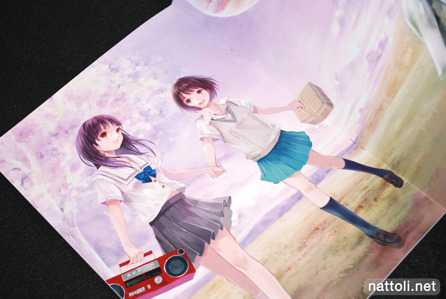 Deciding on the proper spelling for the names of these artists was a little weird. Hukahire (フカヒレ) is spelled "Fukahire" in the katakana, but both the artist's e-mail address as well as many shark-fin soup enthusiasts insist it's Hukahire. Additionally, I'm sure the editors of 100 Masters of Bishojo Painting conferred with the artist before finalizing the spelling in the book, which is Hukahire. On that same note, Hukahire's twitter is written Fukahire, so I may never truly know! Both of the above illustrations are by Hukahire. 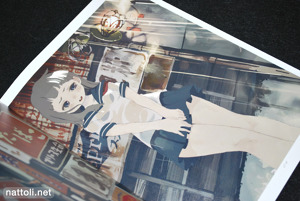 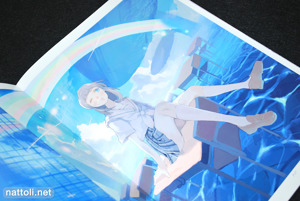 Kattyuu (written 甲冑) on the other hand, has a load of different spellings, but again I went with the one the artist seems to have chosen on both his twitter and e-mail. Without that, I would have decided to go with "Katchu," probably the most famous spelling, which refers to the Samurai style armor that we've all seen in films. 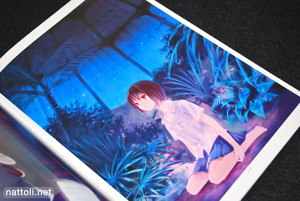 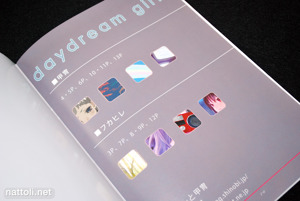 Though I bought Daydream Girls for Hukahire's art work, I ended up really liking Kattyuu's too especially in this illustration which I like better than the other girls he illustrated in the book. The theme is great because having all the girls in daydreams makes the scenarios even more creative. Though it was on sale on Toranoana last year after the convention it has since sold out and is pretty hard to find now.

But then I saw Yahoo! Auctions and I was like D:

Love those double page spreads, if only they didn't have seams down the middle! I guess thats what posters are for.

But even posters have seams...