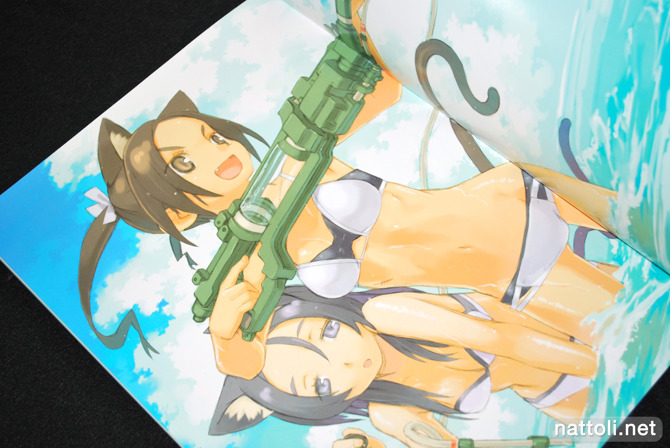 Kuroboshi Kouhaku is probably best known as the illustrator for Kino's Journey, although he's worked on numerous other games and series like Summon Night, and Allison & Lillia. And while Kuroboshi Kouhaku hasn't participated much in the doujinshi scene, he has released a few gems and Granada Level Q has to be the best of them.

Realeased during Comiket 69, which was at the end of December 2005, Granada Level Q is an A4 sized 56-page (including covers) mostly color book. The collection features both commercial and original designs, along with special illustrations done for stores like K-BOOKS and Melonbooks. 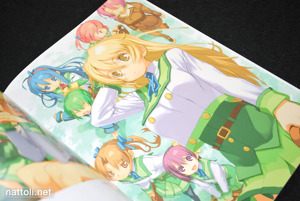 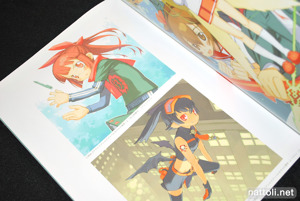 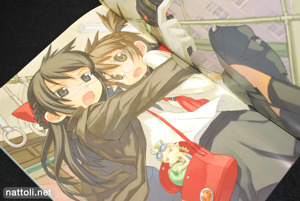 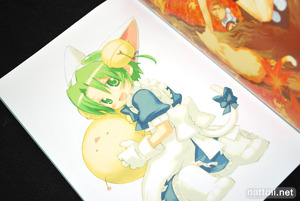 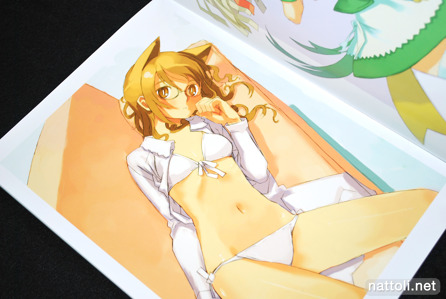 One thing you really notice going through Granada Level Q is that Kuroboshi Kouhaku really likes to draw girls who wear glasses. I don't think I've ever seen this many in one collection ^^ Kitty ears also seem to be a popular addition for most of the girls too.

The last 12 pages are monochrome illustrations along with sketches of some of the color illustrations that are in the book. Kuroboshi Kouhaku also provides his comments under the sketches, so it kind of doubles as an index, even though not all the works are included.

Granada Level Q is probably the best collection of Kuroboshi Kouhaku's work that isn't series related. I think it's even more impressive that even with these illustrations being 5 years old or older, they manage not to look at all dated.

I wish he could release an artbook similar to Enami's Baccano or KYMG, his latest light novel illustrations are beautiful, I want them in A4 print. ;;

Great review by the way, thank you! (you got a weird cat as twitter avatar :d)

I like that washed out style, that dejiko art is awesome~!

Very nice. I've never known about this artist. I'll definitely pick this one up from Mandarake. Will test out their service this once.

Yeah this a great one, I was sad that he stopped participating in Comiket. I guessed by looking at his blog that he works enough and doesn't feel the need to publish doujinshi.There was a nice step by step in one of the old newtypes "how to art" from around when KINO came out. I like that on some of the illustrations you can still see the roughness of the penicl lines.