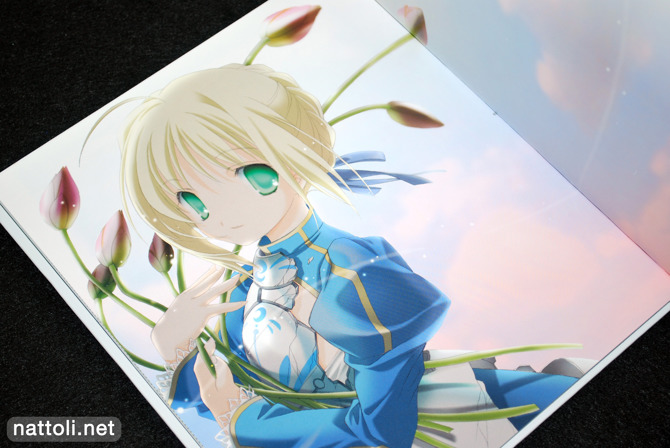 Though Miki Miyashita has yet to have a commercial art book released, she's done more than enough work to have released multiple art book-sized doujinshi, and RAISONNE III is one of them. RAISONNE III was released during Comic Market 69 Winter 2005 and though it's a few years old, I only recently acquired it after being impressed by last year's illustration collection in RAISONNE IV. 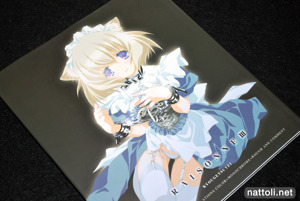 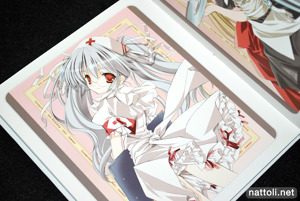 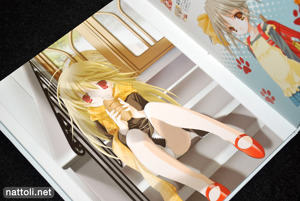 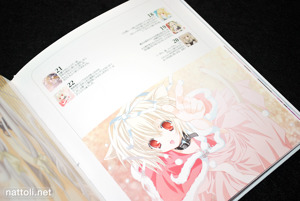 RAISONNE III is a small-sized, hard cover book. I think it's A5 in height, but more square-shaped than most books of that size. It's 74 pages in length when counting the covers, but not including the blank buffer pages inside. It's mostly color, but there are a few pages of rough sketches and monochrome illustrations towards the end. 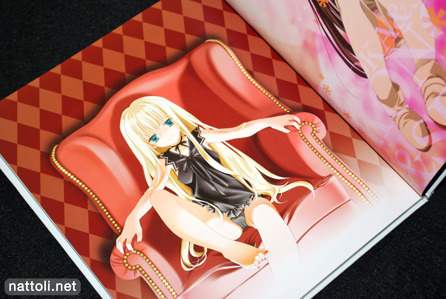 The illustrations in RAISONNE III range from as early as 2002 up to 2005, but due to the great consistency in style, none of the illustrations look that old. The cover arts for nearly all the doujins she illustrated during that period are in here, which includes several Saber from Fate/Stay Night art works along with Mahou Sensei Negima! 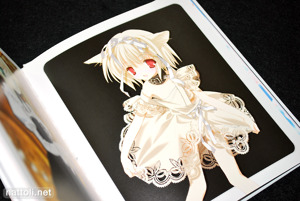 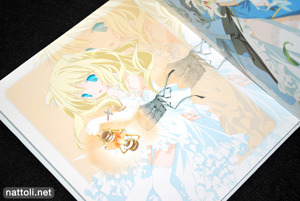 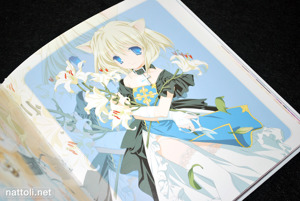 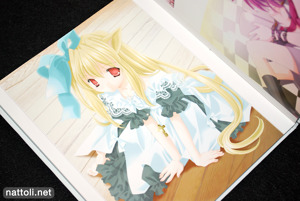 One of my favorite things about Miki Miyashita's illustrations are her lolita-style clothing designs, which often include excessive amounts of ruffles and lace. Super girly ^^ Another style point that makes her work stand out in a crowd are the "dead" anime eyes that she gives her characters. It often reminds me of the look anime characters have when they're hypnotized or being controlled, etc. 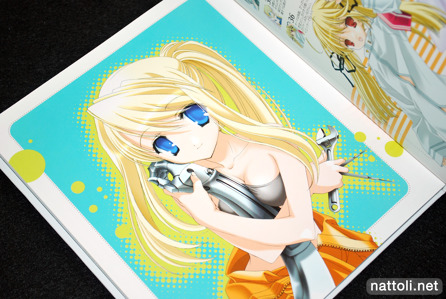 The monochrome section at the end of the book is 22-pages long, with about half of that being sketches, and the other half with finished black and white illustrations. There is some nudity through out the book, but it's not very noticeable or frequent.

As an older doujinshi, it may be difficult to find but if you're a fan, it'll be worth it ^^

Great artbook, he sure loved his panty reveal thats for sure!