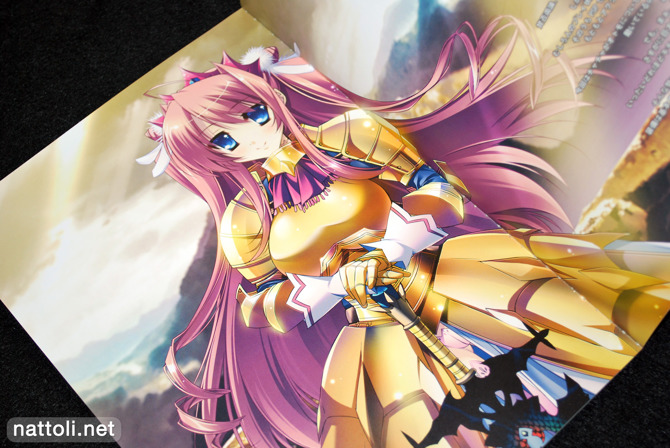 Monster Hinatar G is an amusing blend of the girls from Koihime Musou dressed up as characters from the popular game Monster Hunter, all illustrated by the official Koihime Musou character designer, Katagiri Hinata. This collection was first released during Summer 2009 for Comiket 76 but can still be found on auction sites, as Katagiri Hinata is a perennially popular artist. 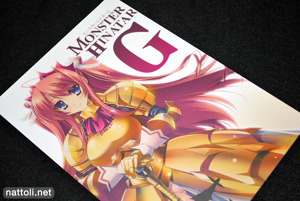 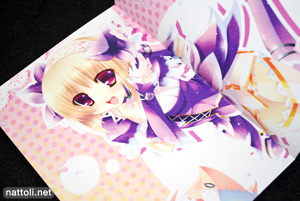 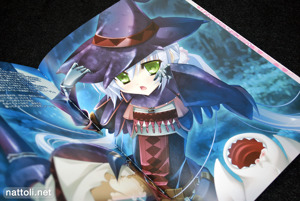 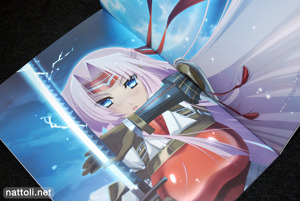 Aside from the first and the last page in the book, every illustration occupies two pages in this B5-sized, glue-bound doujinshi. Monster Hinatar G is 24-pages in length, a count which includes the covers. Pages are matte and un-textured, which is the perfect choice for all the subtle gradients and hues in the armors to be on their best display. 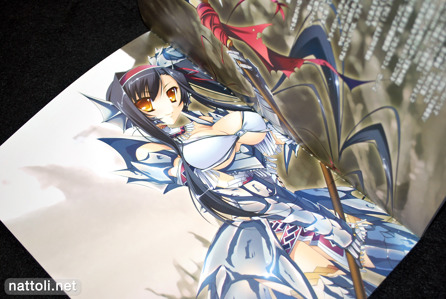 This is the second Monster Hinatar book that Katagiri Hinata has released, having released the first one at the previous summer Comiket. Having proved very popular, she released a second and who knows, maybe this year we'll have a third! Though her usual color Hinadamari releases tend to have more casual illustrations like fan arts, Katagiri Hinata's Monster Hinatar series have been very polished books where outside of some of the text on the illustrations, they have a very art book-like presentation. Perhaps she's just more serious when using her own characters ^^ 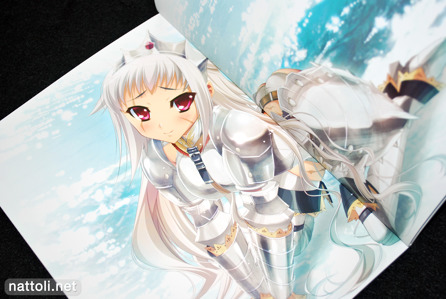 I felt now is a good time to mention this lovely doujinshi because after having sold out completely after Comiket 76, a re-print has temporarily brought Monster Hinatar G back to life and Toranoana ^^

I won't allow myself to like this because it is too hard to get!

You could use a deputy service to get it from toranoana maybe! It's in reprint!

Yeah, nothing is hard to get anymore. Some things are more expensive than others, but they're all out there if you want 'em.