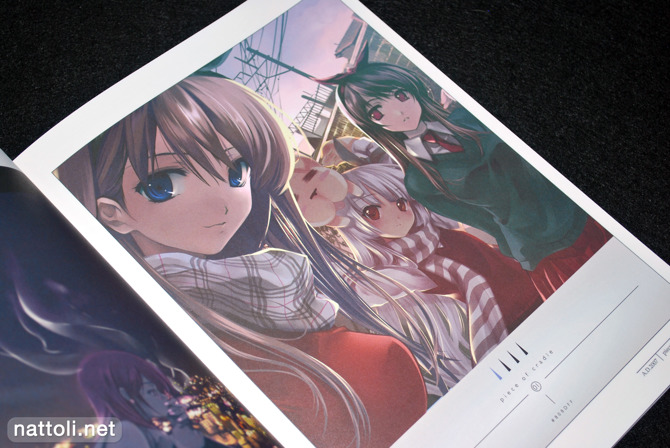 REW, read as 'Rewind' is a 5-year collection of Kurehito Misaki's illustrations, which includes a lot of original works as well as some fan arts and Touhou illustrations. Sold exclusively through Toranoana, this compilation book was released during the Tora Festival 2010 (とら祭り2010). 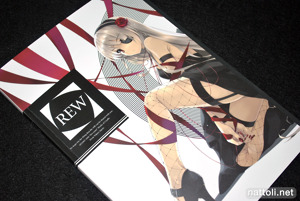 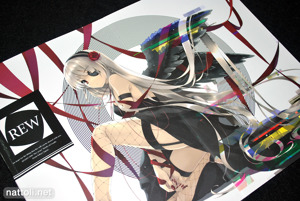 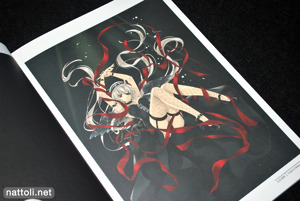 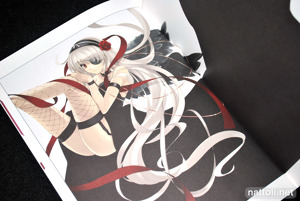 REW is Kurehito Misaki's first art book, and it's A4 sized and 100-pages when counting the covers. The cover art is new for the book, but the character is one he has illustrated many times. There are in fact 4 illustrations of the eyepatch girl in this book. Also, the front cover folds out, revealing the full illustration of the cover girl. 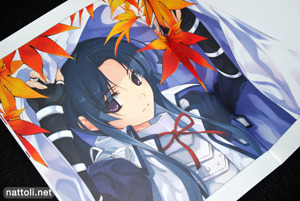 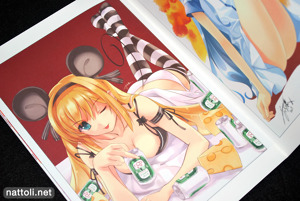 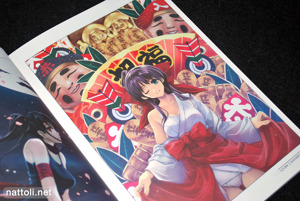 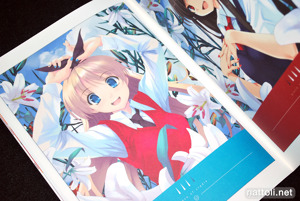 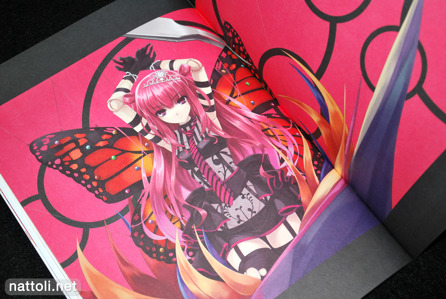 The book itself is divided into three illustration sections: original, other fan art, and Project Shrine Maiden. The original section is 32 pages long, with several two page spread art works. The cover arts for Piece of Cradle 01,03, and 04 are also included. And there's an illustration of POP's character Flower that was in the Kowarekake no Orgel Visual Fan Book along with Kurehito Misaki's rendition of KEI's mascot character Nakano. I think I would consider those more to be 'fan arts' but I guess it's because they're of original characters. 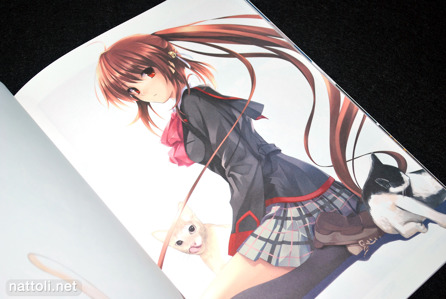 The art work in the other fan art section includes characters from Idolmaster, Vocaloid, Air Gear, Little Busters! and To Heart. Some of the illustrations share a page, and there are only 13 pages in this short section. 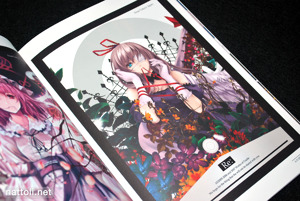 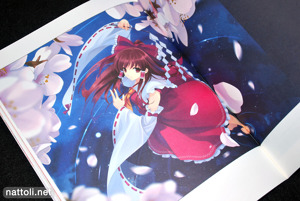 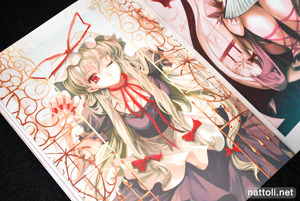 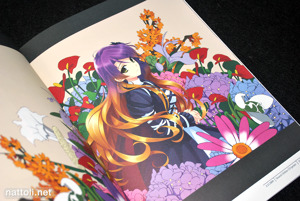 I personally feel that some of Kurehito Misaki's best works are his illustrations for Touhou, which is the final section in this art book and takes up about 32 pages. His creativity in the costume designs and coloring of the characters still make them stand out even in a sea of Touhou illustrations.

The only thing I didn't like about the book was the paper; it's the kind of paper that's lightly textured and just sucks in all the dark blues and blacks making them blend together unless you're looking at them straight on. It does create a high quality print though, where you can't visibly see the DPI. 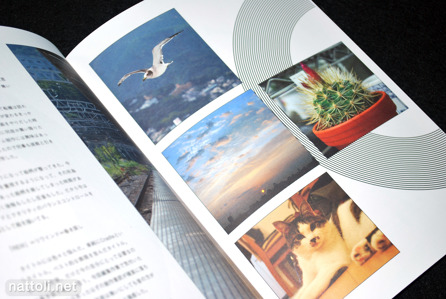 REW ends with a postscript from Kurehito Misaki, and a thanks for the past five years. All in all it's a really nice book, though there probably isn't an illustration in it the average fan hasn't seen due to the popularity of his work online. Now all we need is one from Kuroya Shinobu ^^

I would like it if it had more full page shots!

Yeah I never understand why you would put small screenshot sized images in an artbook, those belong on a website not a dead tree publication.

any idea how to buy it from southeast asia region?

The same way you'd buy it from any region that isn't Japan: deputy services. Or eventually, it may be on Mandarake, which you can buy direct from.

ow thanks, ill check them hope i can find the light :)

Those deputy shops are for my taste to pricy... The additional costs are twice or even tripple the costs then the product itself. :<

I totally agree, but until these shops start to sell direct, what other option is there? :-/

I really wish Toranoana would. I want this so bad! Amiami and Mandarake sell outside the country, I think Toranoana needs to get on the trolley.

Just got the book from Y! Auction. I agree about the paper, the prints look darker and kind of blurry at a glance, also this kind of paper make me afraid that I might leave some fingerprints :(

But the contents are wonderful. So... win :)