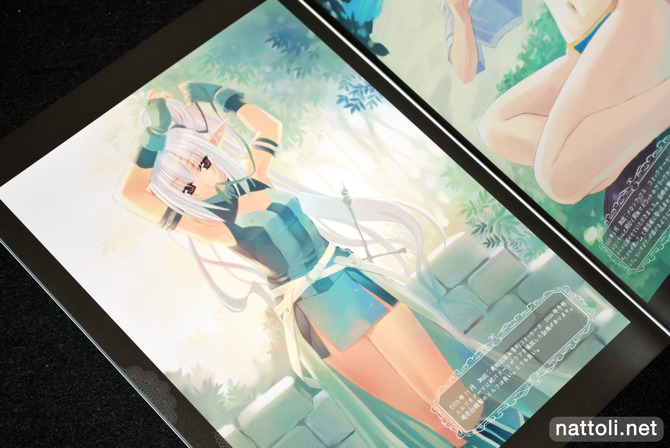 Wonderland is the latest illustration collection from Chisato Naruse, having been released during COMIC 1☆4 at the end of April. It's a compilation doujinshi, featuring her favorites from 6 years of illustration, 2003 through 2009. The only new illustration in this volume is the cover art work, featuring Chisato Naruse's version of Alice in Wonderland. 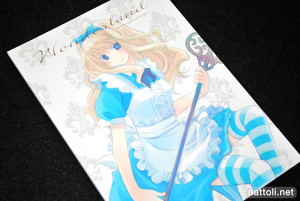 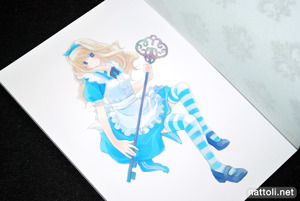 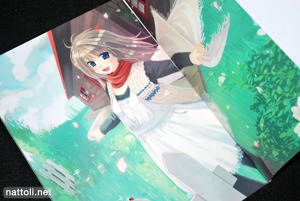 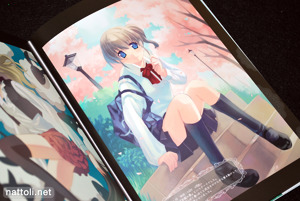 For the most part nowadays, Chisato Naruse's art work is mostly found in collection books or magazines like E☆2, 100 Masters of Bishoujo Painting, and Headphone Girls Pictorial Reader. This B5-sized, 36 page (including covers) doujinshi includes several illustrations from the above mentioned books, along with one-shot illustrations for places like Toranoana, Melonbooks, and also magazines. 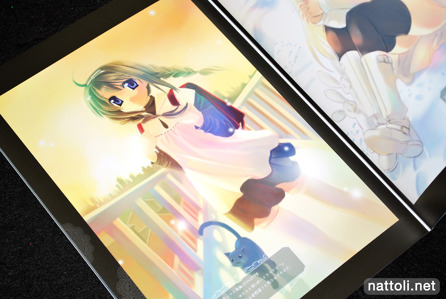 Chisato Naruse is one artist for whom I prefer her older works over her newer ones. Her earlier style, like in the opening photo, or the Melon-chan and girl walking with her cat illustrations above, have a softer more pastel style that just glows. By contrast, her newer works---like the girl holding the cake above---have become more defined, with almost animation cel-like coloring. Even the new cover art has chunkier lines than I'm used to seeing from her. 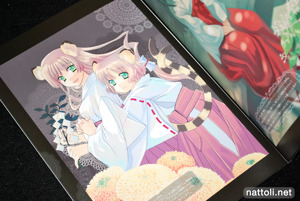 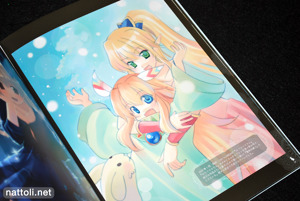 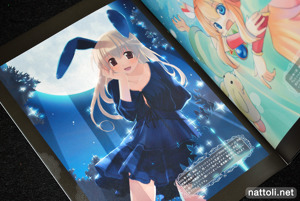 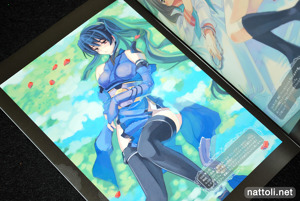 The majority of the illustrations get a full page, but as you can see in the pictures, the artist's commentaries are printed over them ^^; At least it's a transparent box, but layout-wise it makes little sense to have space for a large border and not a better way to fit comments. Another thing that stands out about this collection is that it's nearly all commercial art work, which isn't often the case with doujinshi. 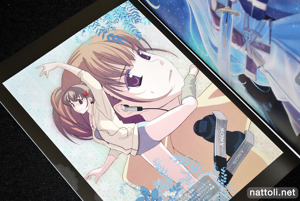 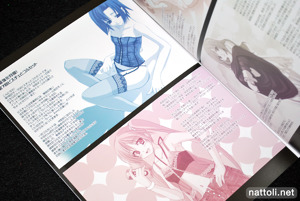 The last 4 pages before the credits page of Wonderland are monochrome illustrations done for Magicu from 2006 to 2007, and mostly all feature girls in their lingerie. I don't keep up with Chisato Naruse's commercial work outside of E☆2 and Toranoana publications, so a lot of these illustrations were new to me which made it a better purchase than I'd thought it would be ^^

I also prefer her older style, especially from Angelic Serenade. It was softer, less squary and as you said, pastel color.

The opening picture looks great. and so many more lovely illustrations!

I will add your site to the links of my blog anyway since everyone should visit here :D I would be honored to too be added to your links^_^