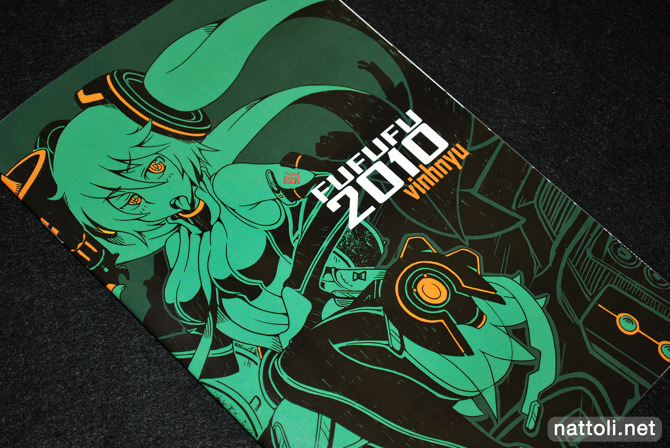 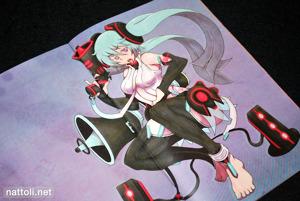 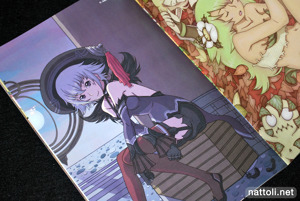 FUFUFU 2010 is a B5-sized full color collection, staple-bound and 28-pages when counting the covers. The cover art features the Hatsune Miku Append version, with a Miwa Shirow Eager Love REVENGE style to it. The illustration is repeated inside, but finished in full color. I like the cynical expression on her face, as it's not an often seen look for Hatsune Miku ^^; 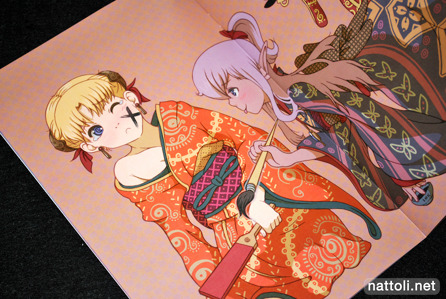 The art works span from 2008 through 2010, though the majority of illustrations are from this year. Vinhnyu's style has a cel-shaded quality about it, which really highlights the unexpected decorations on the clothing patterns and details. 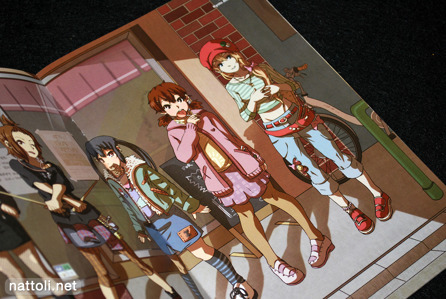 K-ON! girls above, in really cute street clothes! Even though the collection is all fan art, many of the characters are originally dressed, which is something I like to see. 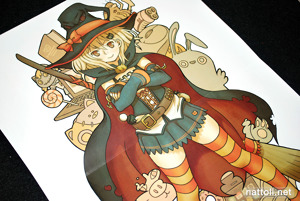 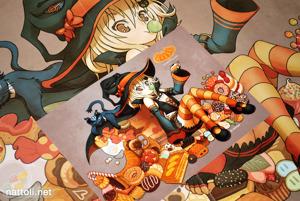 Also sold separately during the Japan EXPO were posters and postcards of Vinhnyu's original character Elyse, from his manga Elyse ~Modern Witchcraft~. Though only in French at the moment, it's going to be translated into English for the new French-Japanese doujinshi event in Paris called Comic LIVE, which will showcase artists from both countries. 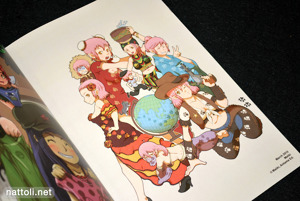 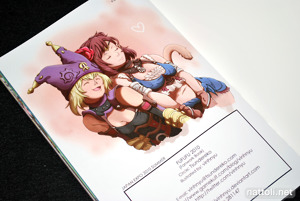 Though this B5-sized version finished selling at the Expo, you can still buy an A4 version of this doujinshi direct from the artist. Through my personal experiences at conventions, I was under the impression that "Artist's Alley" still consisted of sketches on demand and "one-of" prints or single illustrations for sale and auction. It's good to know that self publishing is shifting things in a way that will make it easier to buy collections from artists you enjoy, anywhere in the world ^^

He really captured that native anime style! The production looks better than most doujins!

Yeah feels slightly western, maybe it is because he said where he is from though. Maybe he should keep it a secret cause his work is good ^^;;;

Ordered yesterday :3 It looks really nice. I can't wait to get my hands on it ^^