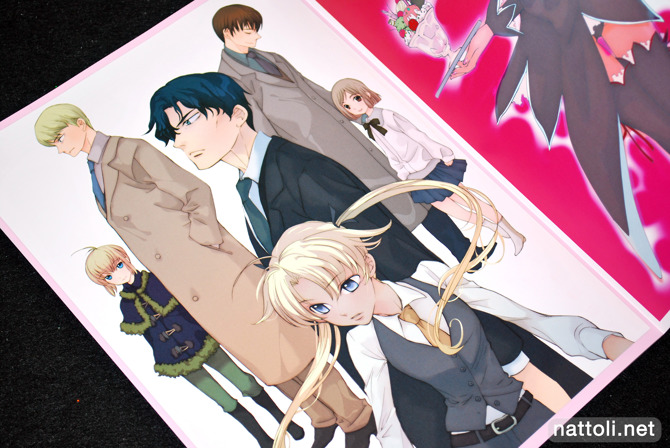 Kouga Yun, arguably best known as the illustrator for Loveless and the character designer for Mobile Suit Gundam 00, released her fifth doujinshi illustration collection with the COMIC1☆4 publication TORNADO:5. Though the previous TORNADO volumes were all or mostly rough illustrations, this one is printed in full color, with only four pages of sketches.

Kouga Yun isn't a regular participant on the doujinshi scene, so her last volume of TORNADO came out in 2007. This A4-sized, 28-page (including covers) collection brings together both original and fan art illustrations, several of which I'd seen commercially before this release. TORNADO:5 also came with a clear file, that has a slightly different version of the back cover illustration on it; the back cover has the girl wearing a see-through skirt, and the clear file doesn't.

Inside, there's fan art from Kara no Kyoukai, Higurashi no Naku Koro ni, Gunslinger Girl, Mirai Nikki, DOGS, Fate/Stay Night, He is My Master, and Soul Eater. Both Maka's dad and Professor Stein from Soul Eater are pictured, and Kouga Yun illustrates the two with a nice blend of her and Atsushi Ohkubo's style. I also really liked her take on Mirai Nikki's Yukiteru Amano and Yuno Gasai. 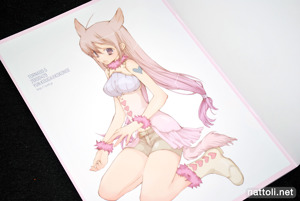 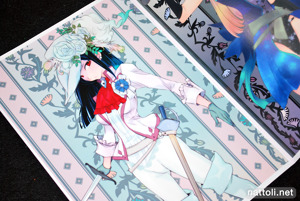 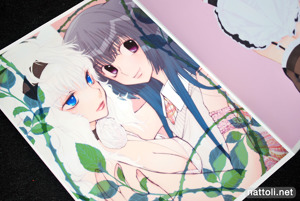 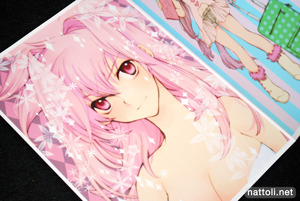 Also included were her two K-BOOKs Knights Kingdom Chess cards illustrations in full A4 size. I think I'm so used to seeing Kouga Yun's guy illustrations that some of the girls just look like guys dressed up to me ^^; 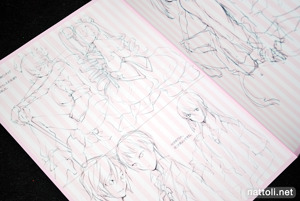 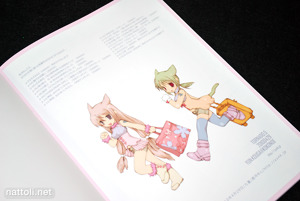 There are four pages of sketches at the end, one of which features the rough sketch for the poster she did in Dengeki Daioh GENESIS Vol. 02. It was good to finally see more art work from Kouga Yun that wasn't Gundam 00 or Loveless related, not to mention it has the distinction of being a collection from her that features more illustrations of girls than guys for once!

I actually have this one!!! I really like it!

ahem Perfect timing for this review. I just finished Archer's route in the Fate game and having been an Archer fan for a while I'm always jonesing for art featuring him. How much Fate art is there in the book?

What's weird about me liking the art is that I'm not a fan of Kouga's art style. Too girly for my taste, especially when it comes to men. I don't know if it's because her style has changed since the start of Loveless or if it's my taste, but I like her recent art.

Thanks to this review I'm getting this book. :)

Hope you're not getting it for F/SN art, because there's just the one illustration that's pictured ^^;

I definitely prefer her current style, I think the Gundam 00 guys looked manlier than her usual Loveless designs :3