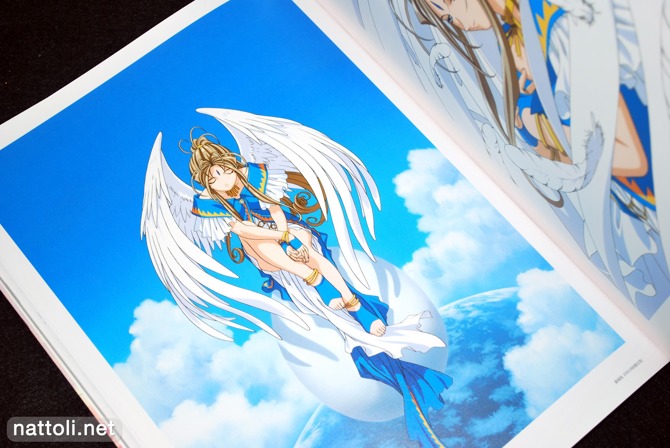 Hidenori Matsubara Art Works was released in late November 2006, and marked the first art book from this well-known animation artist. Anyone who has seen the anime designs for classics like Ah! My Goddess or Sakura Wars is familiar with Matsubara's art work. Possibly less well-known would be his designs for Gankutsuou: The Count of Monte Cristo, but all of these are included in the art book. 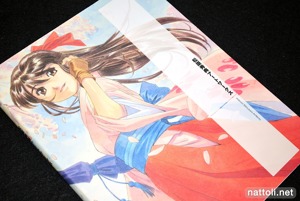 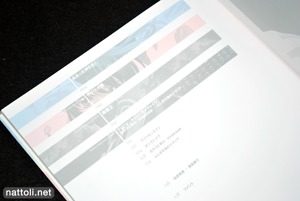 This 144-page art book is A4 in size, though it's wider than the average book of that size. Aside from about 3 pages of monochrome illustrations, it's full color from start to finish. The Sakura Wars cover art is reproduced inside as a one-sided fold-out poster.

Ah! My Goddess is the first section in the book, though the images are subdivided into the ones from the TV series and the illustrations for the OVA and movie. The TV series, being the newest art work at the time, came first and covers about 19-pages of this 36-page section. Many of the illustrations are from the DVD covers and CD covers, though some were also promotional works from anime magazines. 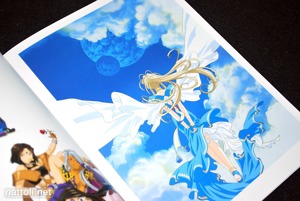 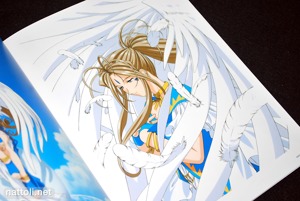 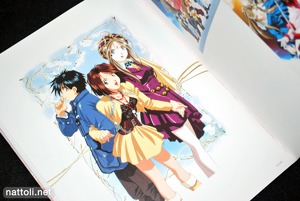 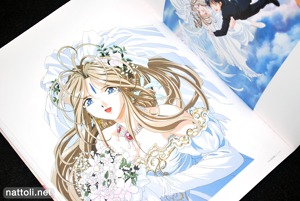 By comparison, the Ah! My Goddess OVA and movie illustrations look really dated even though they were top-notch at the time. It's also worth considering that these older works were inked and colored backwards on cels. Makes me wonder if the older animators like Matsubara think the new guys have got it too easy ^^;

The Sakura Wars section takes up the largest portion of the book with about 45 pages of illustrations. There are more painted illustrations than animation ones, and all the anime art works are tiled two and three to a page. They were apparently an after thought in that section ^^

The three monochrome illustration pages in this book are in the Sakura Wars section, with inked portraits of the characters. I never got into the Sakura Wars series, but there really is a lot of impressive art work for it. 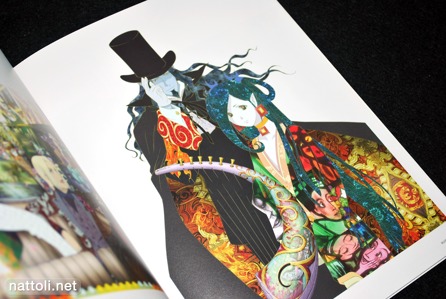 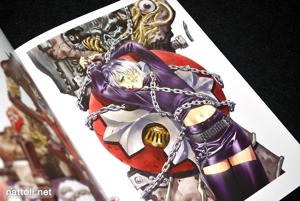 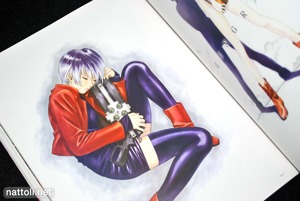 There are four pages of Gungrave illustrations, all featuring promotional art work that was out before the series was animated. There are also a few pages of Ruroni Kenshin illustrations that appeared as covers for the LD and VHS releases... Sounds so old now. 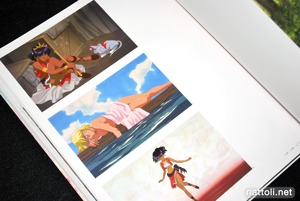 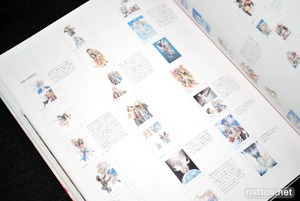 A couple of pages with small illustrations from Nadia Secret of Bluewater are the last pictures in the book. There's a short two page cross-talk interview with Hidenori Matsubara and Ah! My Goddess creator Fujishima Kousuke before the thumbnail index. There aren't really any artist comments on the individual illustrations, but rather he comments on groups of illustrations.

If you're into any of these series, you'll love Hidenori Matsubara Art Works as it presents the anime art work that we seldom see outside of visual books or magazines and piles it into an illustrations only collection. For once, you get both quality and quantity ^^

that is some killer logic!

Has he not had another published artbook recently? 2006 is a little old

Yeah, he just published one. So I figured, before I do the new one, I should mention the old one since the content has the same large amount of illustrations from two series: AMG and Sakura Wars.

Also, I have no timeline.

The character illustrations are from an MMORPG called Flyff.

What?!? Those cel based artworks still look good (and are worth a hell of a lot more than the CG artwork)!