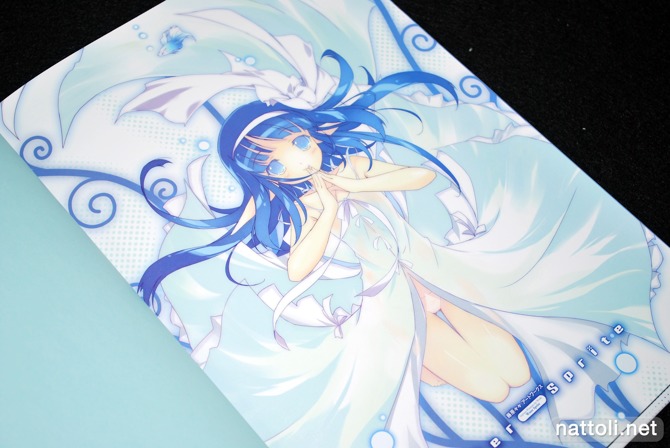 Fujiwara Warawara's first art book Water Sprite, just came out at the end of July on the 26th and includes a collection of art work that spans light novels, games, and promotional arts from as far back as 2002 to as recently as this year. When you've got that kind of a range covered, there tends to be a lot of variance in the quality of art work, but Fujiwarara Warawara has really stayed true to his style. 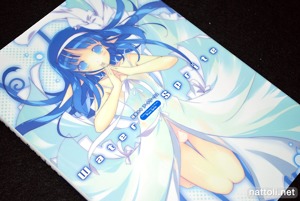 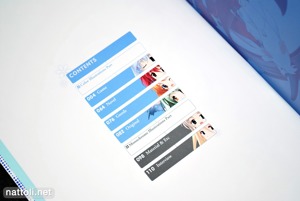 Fujiwara Warawara Art Works Water Sprite is A4 in size and surprisingly, it's also hardcover, which makes it look a little wider than it actually is. The art book is 112-pages in total, although the color illustrations end on page 93. The rest includes the index (which is in color) and sketch art works of several of the illustrations presented in the book. 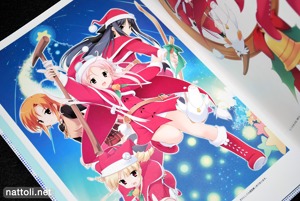 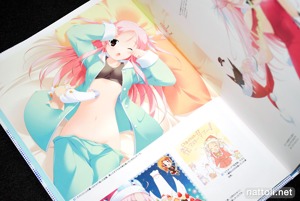 The cover art was newly drawn for the collection, but everything else is republished from a variety of sources. The first section of the book is entitled "Game" and goes from pages 4 through 63. The first ten pages feature the art from Shirokuma Bellstars♪ (しろくまベルスターズ♪), a visual novel. There is nudity in this book, though most of it is confined to the game section.

The titles for the games are neatly printed at the bottom, next to the page number on each page, for easy reference. The next 18 pages feature works from Haruka ni Aogi, Uruwashi no (遥かに仰ぎ、麗しの). 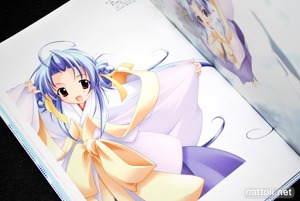 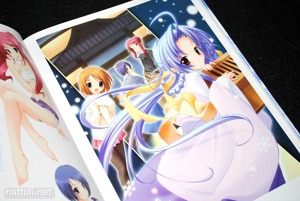 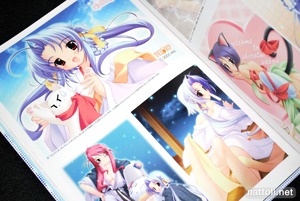 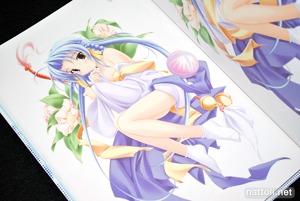 The next 16-pages cover Yunohana (ゆのはな) which is probably the first thing that comes to mind when I think of Fujiwara Warawara's illustrations. I used to see pictures of that blue-haired girl (Yunoha) everywhere before I even knew who the artist was ^^; 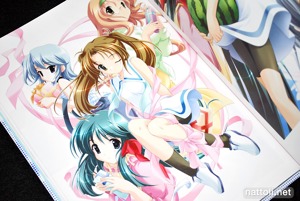 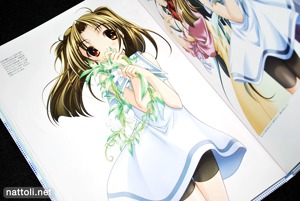 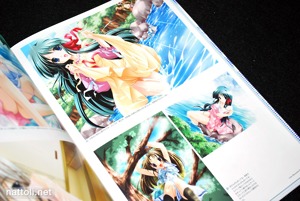 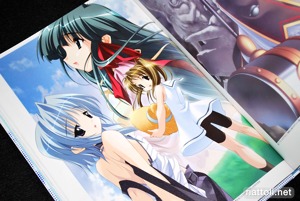 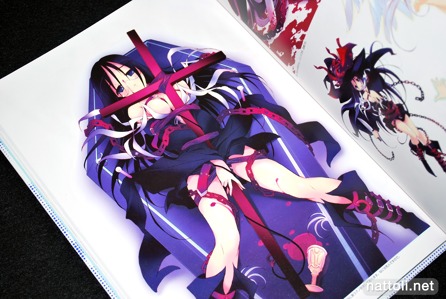 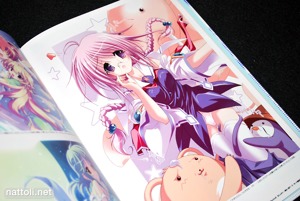 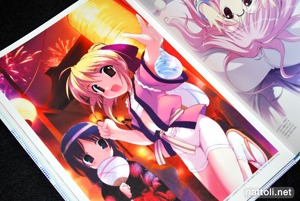 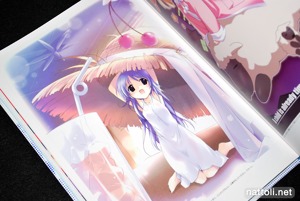 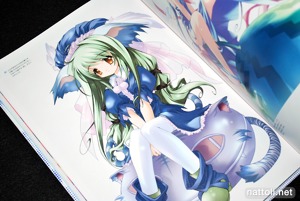 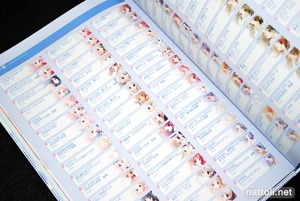 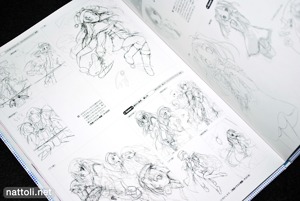 Cute, but not for me. I like my women to LOOK like women, and not be child faces on womanly bodies :P

Agreed, and nudity doesn't help it's case either!

What is the blue next to the cover on the first page?

Fujiwara Warawara's oldest work for game is actually "innocent Eye's" and Mune Kyun Series from UnisonShift. Sadly this book does not seems to cover these games. But thanks for the review! Going to buy this book!

Ah, I never knew that this was the artist for Shirokuma Bell Stars. The art in that game is incredibly cute >_<

The name Fujiwara Warawara didn't sound familiar, but seeing some of the illustrations, do realize I've seen some of them float around before. Cute art style.