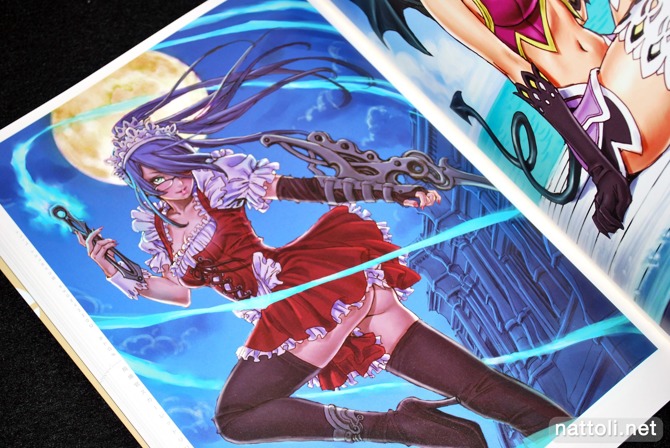 One Voice is the third art book by Shunya Yamashita, whose prolific designs have contributed towards a multitude of busty, sexy, figure designs from popular series along with artist's originals. Outside of that genre I don't see a lot of his work anywhere else nowadays, aside from the occasional light novel illustration or how-to art cover. Even still, Shunya Yamashita is a renowned artist with an instantly recognizable style that just leaves you wanting more ^^ 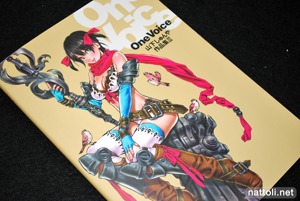 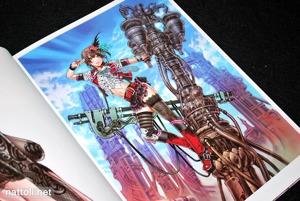 One Voice Shunya Yamashita Works is an A4-sized art book and 128-pages long. The book is softcover, and the slip cover illustration is repeated on the inside as the very first picture in the book. 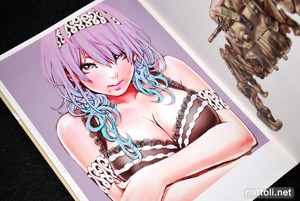 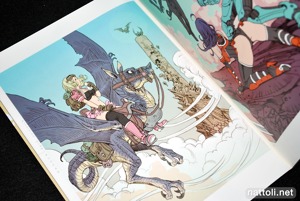 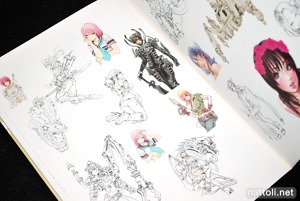 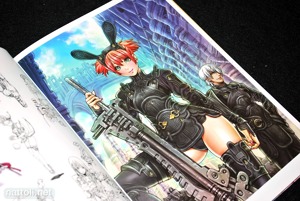 The art book begins with a surprising 40-pages of unpublished works, which includes both finished illustrations and line arts. About 15 pages in that section include a mixture of smaller black and white illustrations alongside partially colored works, but the rest are full illustrations. I'm not a fan of those pages, but seeing as how they appear in all of his art books, it's to be expected. 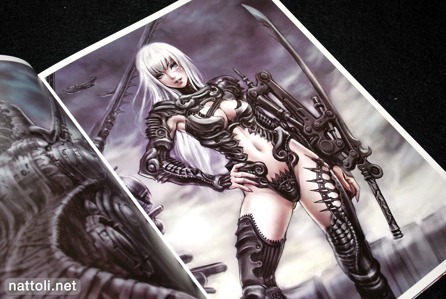 I was also surprised to see that the two-page spreads in this art book are printed essentially as separate pages, with a large white margin in the center dividing the illustration in half. In this way, none of the illustration is cut off, or hidden by the book's binding. 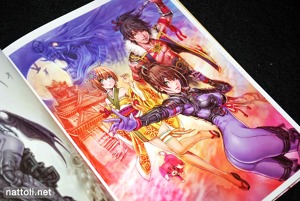 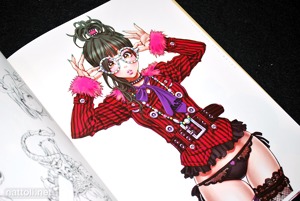 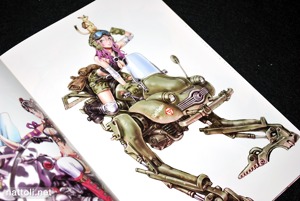 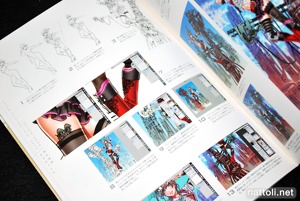 The next section is titled "Original Works for FIGURE" and is about 30 pages long. As you can guess, all the illustrations in this section were either used to base a figure design on, or used as an accompaniment for said figure. Nida Schuetlich, a character often illustrated by Shunya Yamashita, has about eight pages in this section. He also did designs for a series of X-Men figures which are also included over six pages, featuring Rogue, Scarlet Witch, Psylocke, Black Widow, and Phoenix. 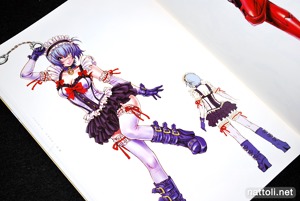 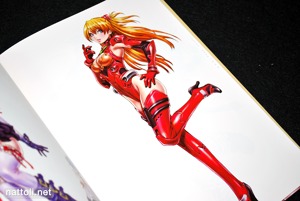 A couple of other notable figure illustrations were the ones for Ryomou Shimei from Ikki Tousen, and Asuka from Neon Genesis Evangelion. Both had uniquely done costumes for their figure designs. 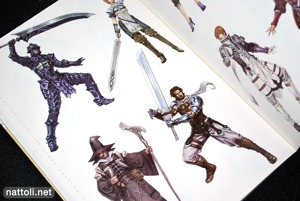 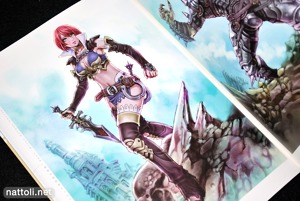 The next 20 pages feature illustrations from video games, under the heading "Original Works for Video Games." About five of those pages feature characters from Valkyrie Profile 2, which are shared four illustrations per page. Most of the rest of this section looks like the standard Shunya Yamashita fare, with plenty of busty girls in armor. 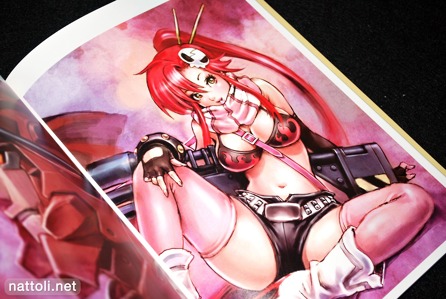 The last color section is titled "Original Works for Books & The Other" and includes a few copyright works. Six of the illustrations are HOBINO cover girls, which is a freely distributed magazine so you'd probably have missed these outside of Japan. There's also a Queen's Blade Echidna illustration along with a two page spread featuring Tengen Toppa Gurren Lagann's Yoko. In total, this last section is 16 pages.

The book ends with 5-pages of monochrome works, that were done for Dai Shogun. Shunya Yamashita's comments are included in the illustration index along with the original publication information. One Voice is a pretty standard art book from Shunya Yamashita, but if you liked the previous ones, then you're sure to enjoy this one as well.

Looks nice, not a big fan of buying artbooks that have pages with no backgrounds but looks good anyway!

Eh, to be honest I have his other artbooks, and this one isn't quite on par with them.

I have the other ones too, looks the same to me! But I'll admit it's closer to being Wild Flower than Sweet Dreams.

Guess I'm just being picky. Sweet Dreams was our first intro to his work so we were WOWED. Then it was a bit much the sameness in Wild Flower. Once Voice just doesn't seem to have as much "epic illustrative" art. If that makes sense... ^_^;

Yeah, I get what you're saying. But I didn't really think there was anything epic about the last one either ^^ After the first time, you pretty much know what to expect! ;D

I kept seeing Shunya Yamashita's art books but couldn't place where I had seen his works initially. Those Valkyrie Profile pages reminded me; I have the VP2 art book and his art is in there. I like how he designs males and females.

Which art book of his is the best one to get? What are the differences between each one theme-wise, if there is a theme?

I like the first one the best, but I like the third one more than the second because of the X-Men illustrations :D There isn't a theme per se, it's more like just the most recent illustrations up until the books' publication date. It's hard to rank them because it's really just about what you like. His style doesn't change dramatically between books, so you really can only base it on the random illustrations that appear.