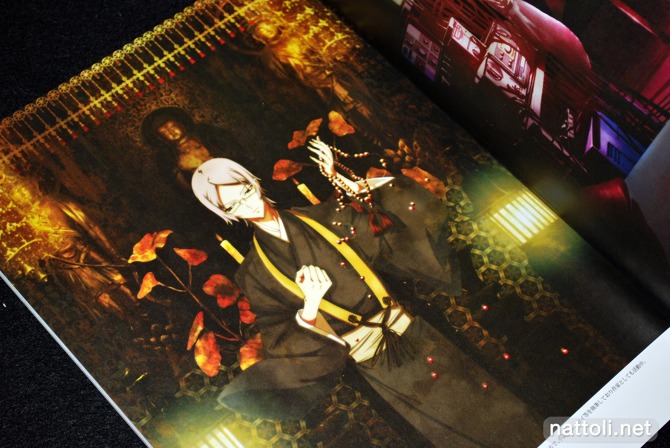 I don't buy as many anime related visual books as I used to, but Shiki Visual Works had a couple of things really going for it. One of those things was the low price of just ￥ 980, and the other being it included art work by one of my favorite artists, Fujisaki Ryu, who illustrates the manga version.

Shiki Visual Works is A4-sized and a lean 64-pages. It's also one of the few books I've encountered that didn't have a slip cover; but it did make up for that with a gigantic obi wrap-around which is as much about style as it is about function. There is also an insert poster with new anime art on one side, and a map of the town on the other. 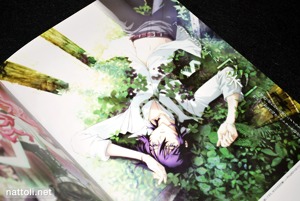 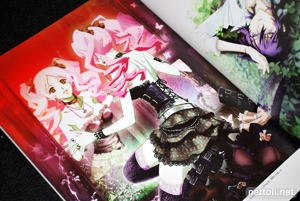 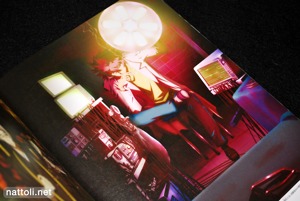 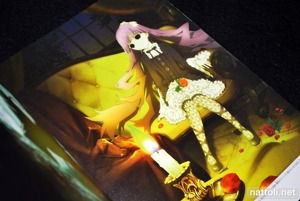 The first half of the illustrations in the book are all from the anime, featuring five of the character-themed promotional images previously published in magazines. It's not a lot, but the illustrations are beautifully detailed and uniquely lit, especially for anime works. 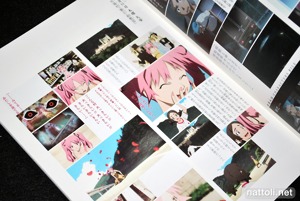 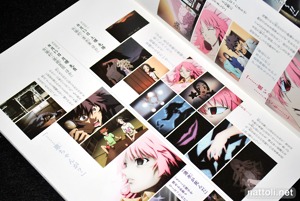 After the anime illustrations, there are ten pages with a combination of episode storylines and screen shots from the first few episodes of the show. It seems a little odd to have an anime guide without the show being anywhere near finished (at the time), but I guess they were more interested in promoting it.

The Fujisaki Ryu manga works are next with thirteen pages of illustrations that were featured on the manga volumes that have so far been released. Again, it's not a lot but really that's because there isn't a lot out there.

The rest of Shiki Visual Works (from page 33 onward) is all black and white, featuring the real life backgrounds for some of the places featured in the show, interviews with voice actors and production staff, and 14-pages of very rough sketch illustrations of each of the characters. This is all standard content for a visual book, so I'm not really knocking it for being included. Interesting stuff for the most part, but probably better if you're into the anime!

I've been watching this anime but I'm not really impressed with the storyline so far. The art style of the anime isn't what I typically go for either, but it's unique and interesting at least. It looks like it comes across better on the pages of this art book than it does in the actual show.

Let me echo these comments somewhat by saying I love the background art but the faces, man those faces are not appealing to me at all!

Lol, you should check out Houshin Enji if you dislike the faces in Shiki. Same artist, different anime character adaptation. Helps put it all in perspective XD