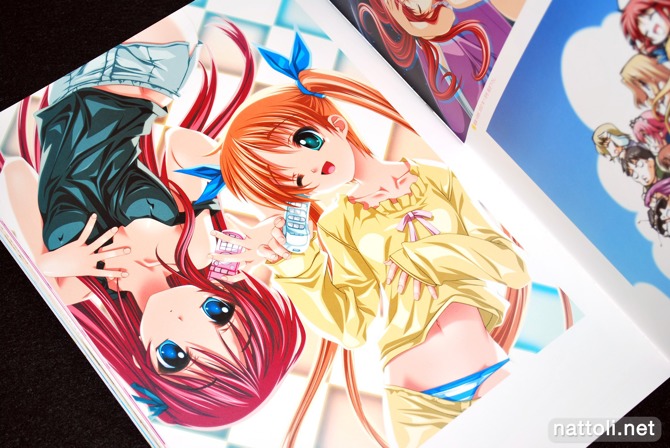 I remember earlier this year, after receiving the PUSH!! art book Yukirin Art Works, I had pretty much lost faith in their ability to publish a proper art collection. But then I bought Satoh Satoru Illustration Works, and it seemed PUSH!! was back on the up and up. So hoping for the best, I bought Senomoto Hisashi Art Works, which has pushed my opinion right back down.

Senomoto Hisashi Art Works is an A4-sized art book and 130-pages long. I personally think Senomoto Hisashi is a great artist, with his soft color outlines, and beautifully detailed, often extravagantly long hair. He's done art work for games like Princess Frontier, Like A Butler, Tutorial Summer (チュートリアルサマー), Kimi no Koe ga Kikoeru (キミの声がきこえる), Koisuru Otome to Shugo no Tate (恋する乙女と守護の楯), Hidamari (ひだまり), along with original works. And all of those mentioned above appear as titled sections in this art book. So one might wonder, what exactly is wrong with this art book? 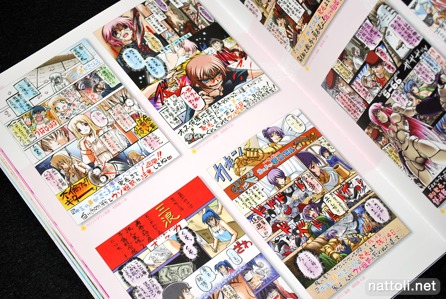 Well, I understand that comics are art work, it's just not something I would expect to see in an artist's illustration collection. And certainly not as many as there are in Senomoto Hisashi Art Works. I took the liberty of not photographing most of these pages, but in total about 20 pages of the art book look like the picture you see above. Definitely not what I was hoping to see. 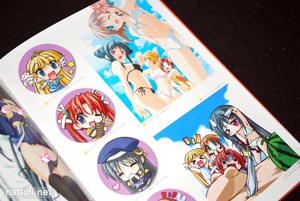 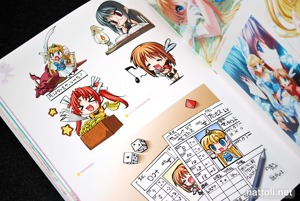 Another less than stellar aspect of the art book was the abundance of super-deformed characters, the kind of small illustrations you don't really expect to see outside of cheap merchandise or web page filler. Now the inclusion of stuff like this wouldn't normally bother me, but in this case it really seemed like those pages were taking up valuable, precious space that could have been used for the more detailed illustrations. 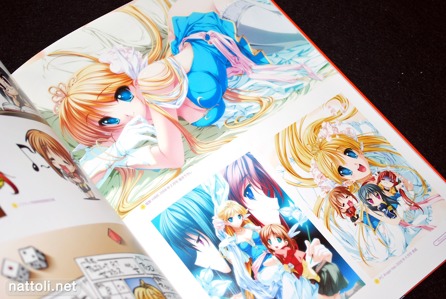 And I mention this because at least half of the illustrations in this book occupied a half-page or less. In some cases, it's understandable---the illustrations were originally drawn for telecards, or collectible cards. Though in this day and age, I would think most artists would draw larger regardless of whether the illustration was intended for A4 printing, especially when all of Senomoto Hisashi's work is digital. Either way, the telecard excuse didn't even apply to some of the small print illustrations. 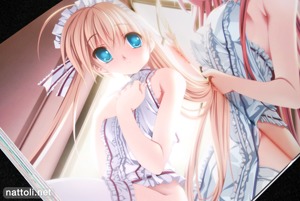 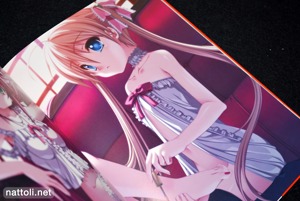 There were a few two-page spread illustrations, but they were printed without overlap. Several of them also appeared in previous volumes of the PUSH!! Illustrations series of books, which showcase a variety of artists. There is nudity in this book as well, along with some more adult situations, in case that's something you need to consider.

But even with all the things I disliked about it, I still have to consider the good. There are still a lot of full-page illustrations, at least a couple in every section. And Senomoto Hisashi's detailed illustrations really look best in this format. 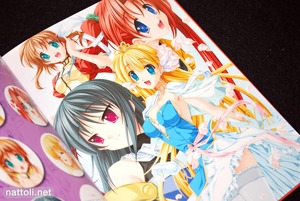 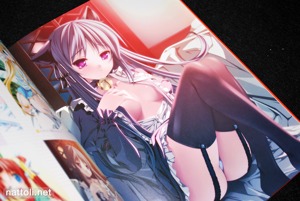 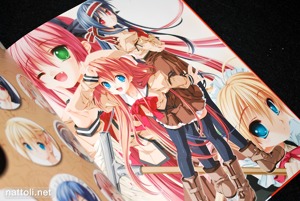 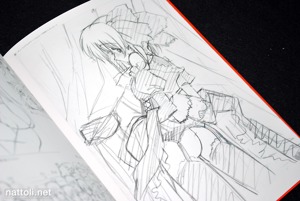 There is a section titled "Another Illustration" which showcases the non-commercial works, but it's only 2 pages! It's too bad too, because I know there are a lot of original works by Senomoto Hisashi out there, especially through his doujinshi releases. The monochrome section fills out the last 15 pages of Senomoto Hisashi Art Works, and includes sketches along with an interview with the artist. I really hope it's possible for a better collection of Senomoto Hisashi's art work to come out in the future, but I won't hold my breath.

So would you still buy it if you knew what you know now about it?

Yeah, I would. If I can buy a doujinshi for 6 good pictures, then I would certainly buy an art book with 20 :D

Haha you find the best stuff, thanks!

Love Senomoto Hisashi's style, a shame this book seems to contain too many 'wasted' pages then as a book filled with full page illustrations would be much more interesting to me.

Many thanks for the detailed review.

Such a pity, I was really looking forward to getting this despite having most of his eroge's visual fanbooks.

Will conserve my moolah for other 2D expenses instead :)