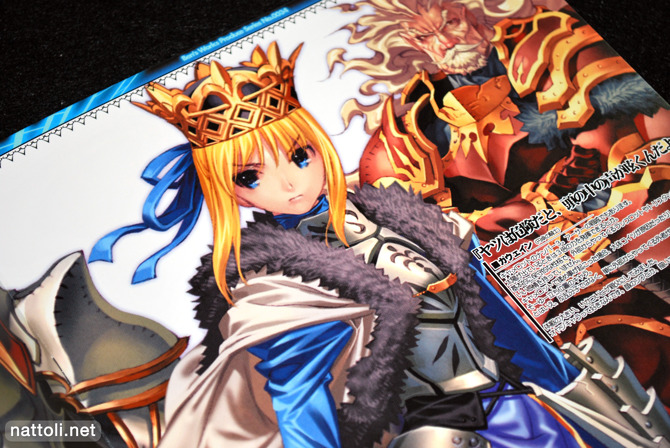 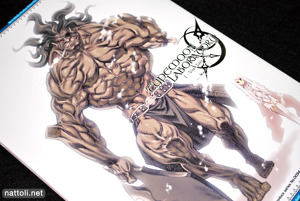 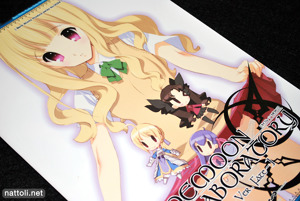 I really love Ben's style, as he puts an inordinate amount of detail into the clothing and coloring of his characters. Granted, a lot of times they aren't wearing much clothing, but unlike a lot of his doujinshi, this one is completely safe for work. This book is A4 size, staple-bound, full color and 32 pages long (the count includes the front and back covers).

I'm not entirely sure who the girl on the front cover is. But inside, the first spread is dedicated to Saber, laying down with her skirt around her. The image also doubled as the cover for the [-Preview-] version. 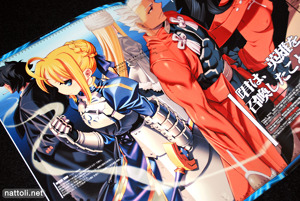 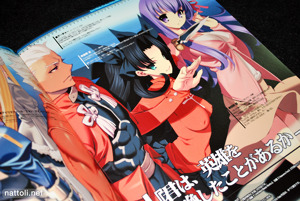 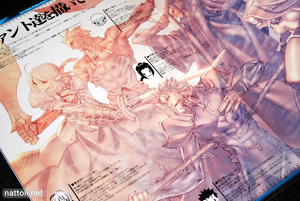 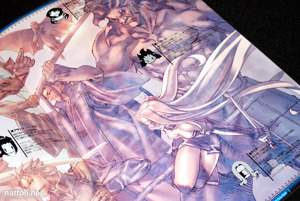 There's a gorgeous spread of the main characters from Fate/Stay Night next, including Rin, Archer, Saber, and Sakura. Next is an illustration of all the Servants, done in a style reminiscent of some Final Fantasy art work. 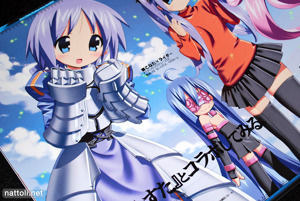 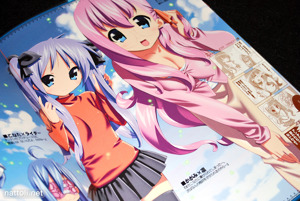 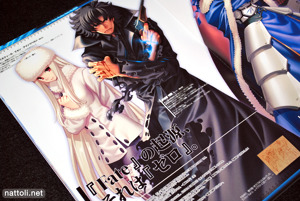 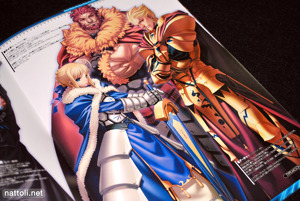 There's also an adorable pictures of the main characters from Lucky Star cosplaying as Saber, Rin, Rider, and Sakura. Also, during Comiket 75, Toranoana released Fate/Zero Tribute Arts--an amazing collection of art by several artists all dedicated to the Fate/Zero story line. Itoh Ben had the cover, and that illustration is included in this volume. 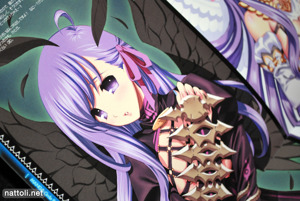 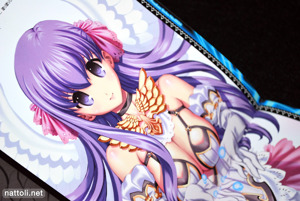 Next up is a dark and light version of Sakura, in two different costumes I'm not familiar with. But I can say they are gorgeous. Anyone know if it's actually something she wear/turns into in the story? 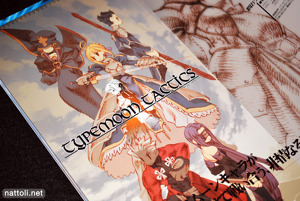 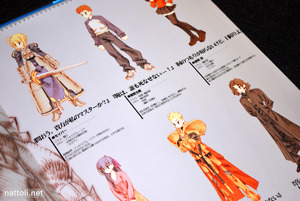 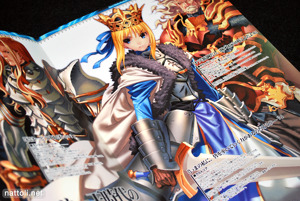 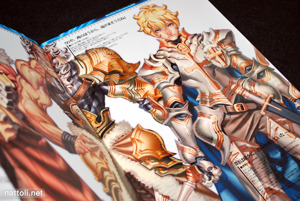 There is an adorable bit where the cast of F/SN is drawn in the style of Final Fantasy Tactics characters. Then on to more serious stuff, with Saber drawn as King Arthur, with Gawain, Lancelot, and Merlin behind him. The next page continues the knights with Galahad and a couple others I don't know ^^; 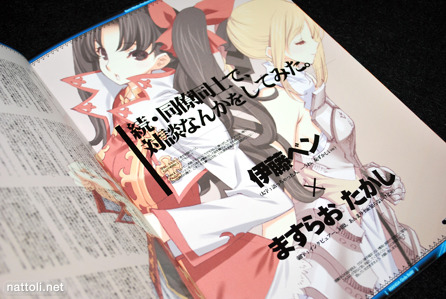 There's a nice image of Rin and Lily Saber next, but it's used as a background image for a question and answer bit. After this point, all but the last page are guest illustrations, and all the guest artists are new to me. None of these illustrations really grab me either. The final page features Caster Illya, Tiger, and Rin at the beach. 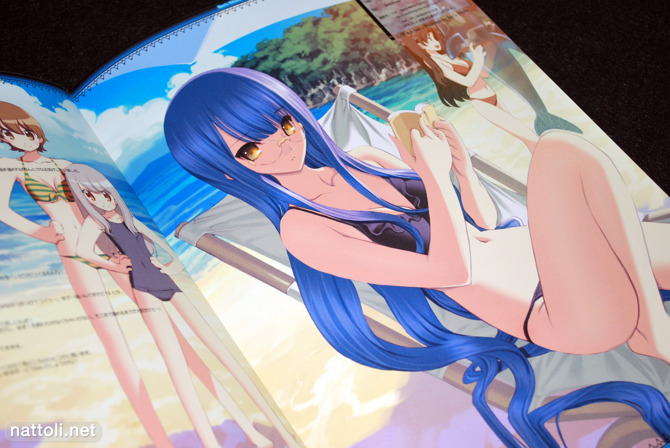 Ben's style doesn't go down well with everyone, but I think it might be making a comeback, seeing as how he was featured again in Megami Creators Vol. 17. Is his style to your tastes?

Oh my God!!! Is that lucky star characters in fate/stay night clothings?! That is ADORABLE!!!!

I think his style is a little inconsistent. I don't really enjoy his more detailed art, he seems to to better at simple stuff like the lucky star work he's illustrated in this book. I prefer a simplified style though!

That's funny, I actually prefer the detailed stuff with the crowns, she's looking all majestic! Each to their own!

I think even his Lucky Star illustrations are quite detailed, especially when you consider the original designs for Lucky Star. It can't get any more simple than that! XD

typemoon tactics section seems like a waste of pages with those boring profile character pages if it's not going to be part of a game...

I guess that's one way to see it. But I always enjoy a good crossover :3

Very beautiful images of fate. This with SEC influence and Noise Pollution my favorites. It can be bought or only in comiket?

Yeah, those were all sold during Comiket, so your best chance now is to find them on Yahoo JP auctions. Sometimes though, some doujinshis are reprinted to sell at the next Comiket (77) so there's a chance for that too!