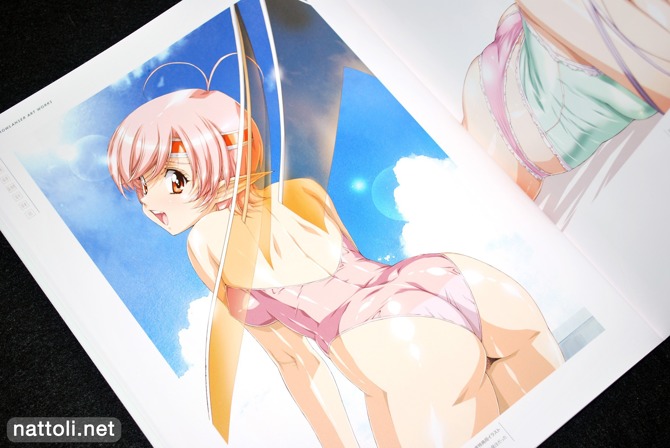 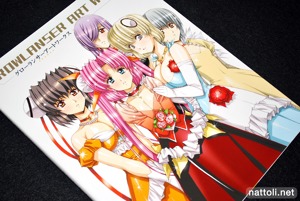 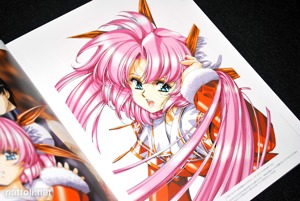 This 176-page, wide A4-sized art book is organized by game, with each game showcasing the promotional art works followed by individual character arts. There is no index; instead all of the image copyright information is included below the illustrations in the white borders.

The first section covers Growlanser & Growlanser PSP from pages 3 through 40. There are about 20 pages of character profile illustrations, but they're full page illustrations and quite elaborate. Also, the Growlanser PSP art works look really updated, though I'm not sure about the timeline for when they were illustrated. 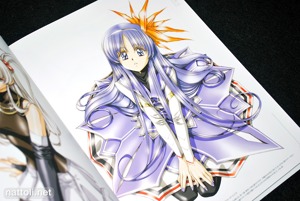 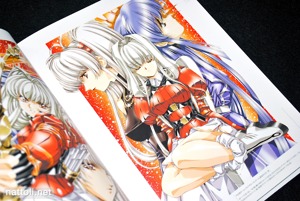 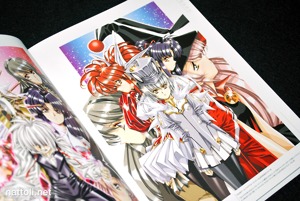 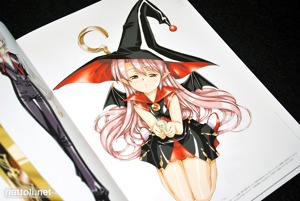 The sections for Growlanser II and III are quite short comparatively, covering only pages 41 through 52 and 53 through 68 respectively. The majority of illustrations for both of these sections are of individual characters, although the poses are on the whole more interesting than the standard profile pictures.

Growlanser IV is another larger section, including both -Wayfarer of the Time- and Return. This section runs from pages 70 through 104. I guess since it was one of the more popular games, Growlanser IV ended up with a lot more promotional art works than the previous two. But just about half of this section still consists of character illustrations.

The next section is for Growlanser V Generations. Though I think Satoshi Urushihara's illustrations are pretty consistent all the way through, regardless of when they were drawn, there is a slight change in the coloring for these illustrations when you compare them to the previous ones in the book. Especially with the skin-tones; everyone looks a lot more airbrushed than cel-shaded ^^ Generations spans from pages 106 through 134.

The last large section is Growlanser VI Precarious World which covers pages 136 through 156. This section most reflects Urushihara Satoshi's current style, with much softer coloring. After this section is the very short Et cetera section which has three cross-over illustrations. The book ends with an interview with the Growlanser game staff (which includes Urushihara) and 8-pages of rough sketches and profiles of selected characters from the book. 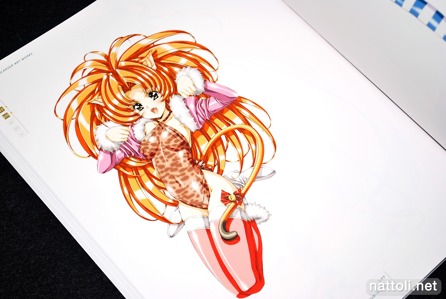 Even though I pre-ordered Growlanser Art Works on Amazon Japan months ago, I actually only just received it two weeks ago due to (I would guess) a much higher demand for the art book than expected. Several other sites I checked didn't have it either, so a bit of hunting may be in order if it's something you want. Either way, it's definitely worth it, especially if you passed on earlier compilations for this series, hoping for something more like an art book to be released!

I'm really surprised there would be so much demand for this type of art, feels old man. I guess maybe it's more popular over there?