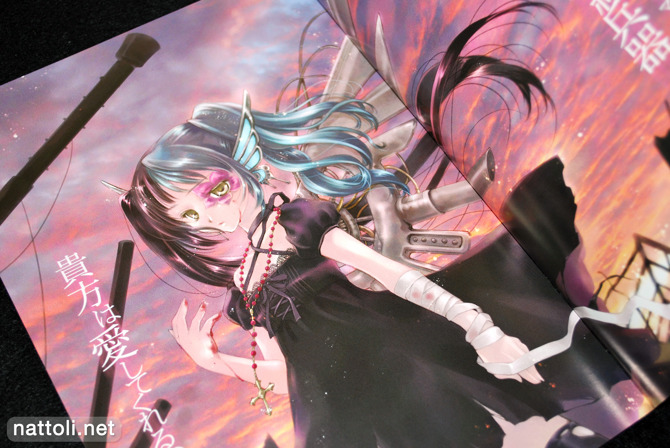 Mixture, produced by Kaori Minakami (水上カオリ) is a gorgeous collection of Vocaloid illustrations inspired by the Vocaloid original songs themselves. This doujinshi was released during Comiket 76, is 24 pages long and entirely in color. 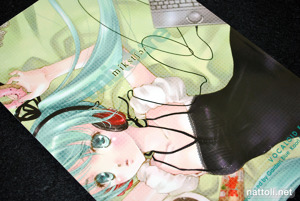 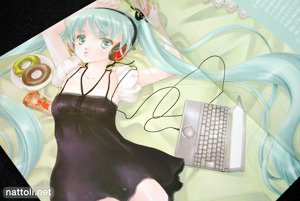 As I mentioned, all the pictures are inspired by the music and the art work in the songs, so links to the inspiration Niconico Douga videos are provided next to each of the illustrations. I've always been more into the art work than the music for Vocaloid, so some of these were new to me ^^; The cover illustration of Hatsune Miku is featured in full inside of the book, and is the one illustration that was not associated with a song.

The second illustration is the opening for this post, featuring the "Test Tube Princess" from the song of the same title, which you can watch here. I love Kaori Minakami's rendition, it's hauntingly beautiful. I'm really not a fan of the song though ^^; 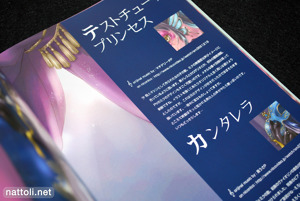 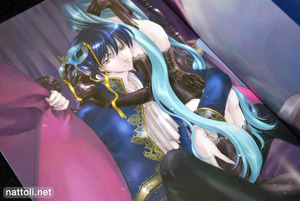 The next one is a very sexy picture of Kaito and Hatsune Miku, influenced by the カンタレラ (Kantarera) song. This one is sung by Kaito and Miku, and the video though in black and white, has them dressed in much the same way as the Minakami illustration. 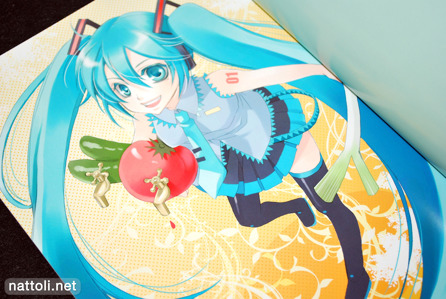 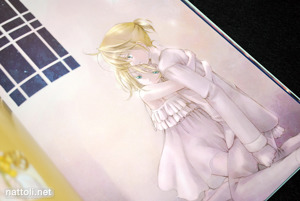 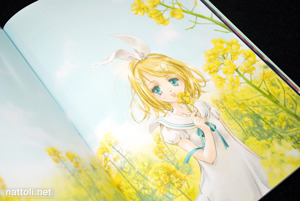 Kaori Minakami also does two illustrations inspired by Len and Rin themed music videos, the first one being "Adolescence" and the second being "Kokoro." I love the Kagamine Rin picture with all the yellow flowers, and out of the two, I quite liked the "Kokoro" video. 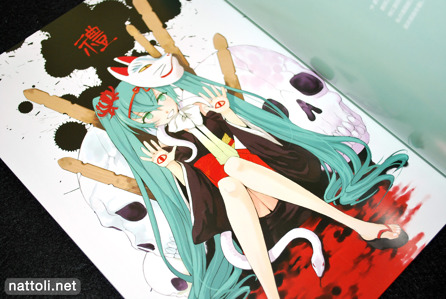 The second guest artist is Hozumi Riya (ほづみ りや). I think there's a misprint on this one, because it gives the same link as the "Vegetable Juice" song and I really doubt this illustration was inspired by that song ^^; Though not pictured, the third artist is Hikaru Mizusawa, with an illustration inspired by Meltdown (炉心融解) of Kagamine Rin flying down into the core. 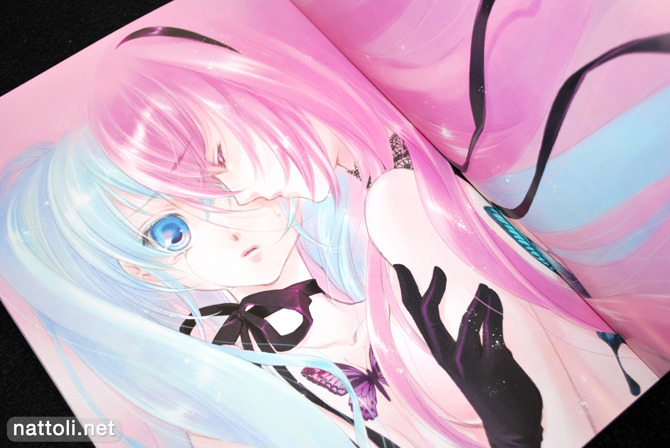 The last three illustrations in the book all feature Megurine Luka, and are all drawn by Kaori Minakami. The first, is the opening image for this post, inspired by the video and song for "Magnet." The butterflies are the giveaway ^^ 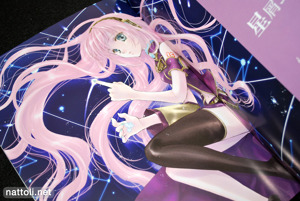 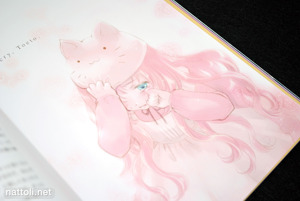 The second is for "Stardust Utopia" (星屑ユートピア) sung solely by Megurine Luka. And the final one is of "Toeto"; who from what I've read is supposed to be Megurine Luka as a child. Either way, that song is adorable, and so is the illustration for it. This is a great collection of art work that really lets you explore the music of Vocaloid at the same time!

The top image is really gross/creepy! Where do they get these ideas?

Not my cup of tea, but thanks for sharing the preview pics.

I agree, I think this is one for the girls.

I do think her romantic style appeals more to girls than guys. I know more girls with her books than guys! That's my evidence :D

I've got this one, very pretty book, really nice if you like miku =3

The first image is awesome. It'd be sweet to see a wallpaper of it! ;)

Please scan the whole of this book for AP!