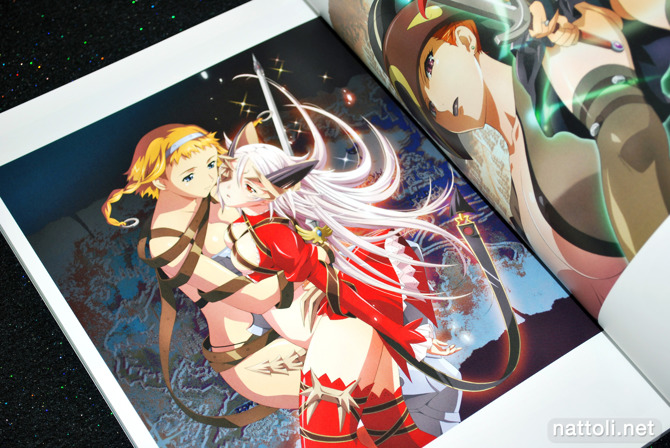 Rin-Sin Visual Art Works is the second art book released by Rin-Sin but considering the last art book came out more than nine years ago, it was well overdue! Though Rin-Sin doesn't work on many different series, he's done a lot of illustrations from current hits like Queen's Blade as well as Ikkitousen: Dragon Destiny, Great Guardians and Xtreme Xecutor. 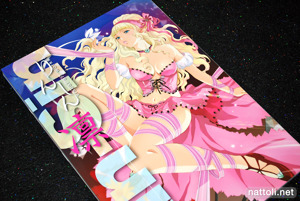 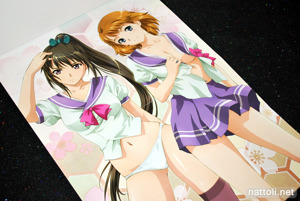 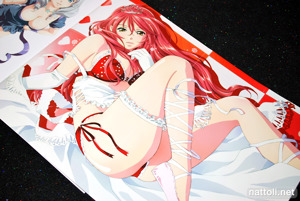 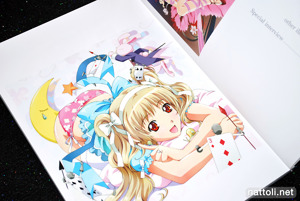 Rin-Sin Visual Art Works is A4-sized and 128 pages. It includes a double-sided fold-out poster that has a new illustration on each side. These along with a couple of other original works in the book have been newly drawn for this collection. Sadly, the cover art work isn't repeated inside as a full page, just a small-sized version on the "contents" page.

The first series section is Queen's Blade, featuring art work from DVDs, CD covers, promotional magazine illustrations, and more. There are lot of full page illustrations, although there are also a few with smaller character based images sharing a page. The Queen's Blade section runs from pages 5 through 36. 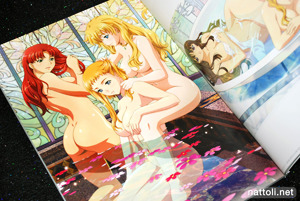 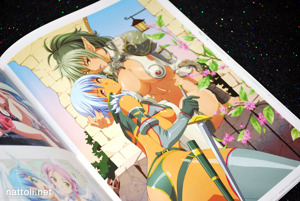 This section doesn't include all of the Queen's Blade anime art work out there; after all, a lot of different animation illustrators work on the promotional spreads for magazines and the like. But Rin-Sin's art works covered a lot of the more expensive items like the BD and DVD disc covers, as well as dakimakuras, so you'll be seeing those in here. 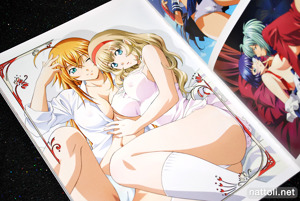 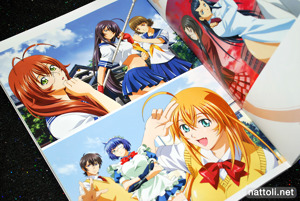 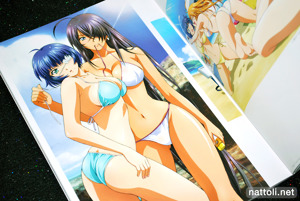 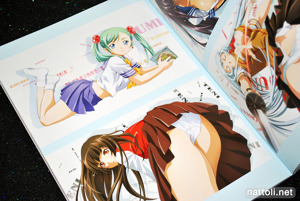 There is actually some nudity in the Ikkitousen section, though it's generally the result of ripped school uniform tops ^^; Also, if you happen to have also bought the Ikkitosen: Book of Big Breasts, there isn't too much overlap between the two collections, as Rin-Sin didn't illustrate any of the telecard pictures, which were a large part of the gallery for the other book.

From page 83 onward, Rin-Sin Visual Art Works features several smaller sections dedicated to Rin-Sin's art work for adult games. Wordsworth starts off this portion of the book from pages 83 through 95, and the illustrations don't feature anything more extreme than misplaced tops. The second section, Inma Seiden, goes from 95 through 102, with most illustrations including tentacles... Immoral Sisters: Blossoming and Kawarazaki-ke no Ichizoku 2 also had a few pictures, but not their own sections. 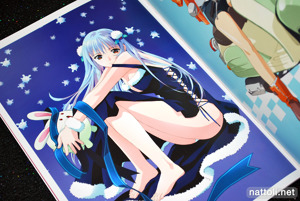 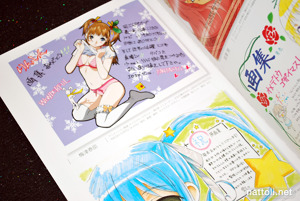 There isn't an index, but there is a short four page interview with Rin-Sin. And though it's a bit old-school, there are two pages of congratulatory illustrations with messages at the back of the book, something you don't really see in art books anymore. Rin-Sin Visual Art Works is definitely worth the money if you're into Queen's Blade and Ikkitousen, especially when you consider the general lack of animation art books for either of those series ^^

Nice, can never have enough ikkitousen!!

heh, glad to see an artbook I own! I don't regret grabbing it!

I'm only really an Ikkitousen fan, I don't like QB, need to weigh up my options >_<