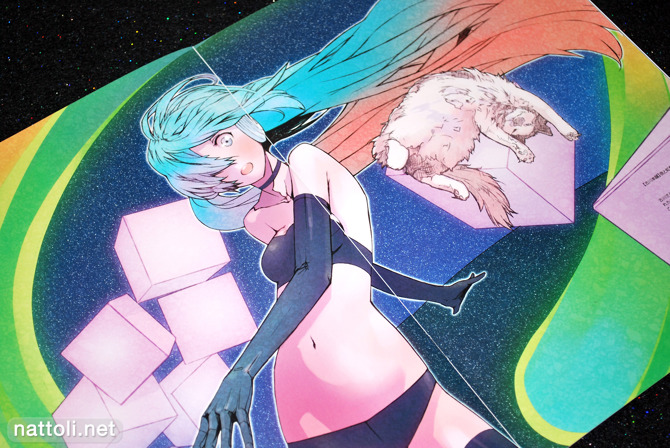 Gitabon 03 Illustrations was released for Comiket 78 and includes Guitar's (ぎた) art works from 2009 through 2010. This is the third full-color doujinshi he's released, and like others before it, it features his original mascot character Dokuro-Usako. 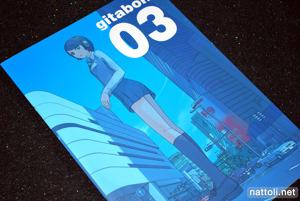 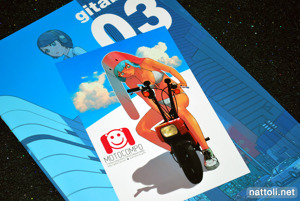 Gitabon 03 is a B5-sized, staple bound doujinshi that is 20-pages when counting the covers. It came with a postcard featuring a new illustration of Guitar's Dokuro-Usako, but the same illustration is also repeated inside. There are also four guest artist illustrations of the same character included.

There are several Vocaloid illustrations in Gitabon 03, and I really love the way Guitar depicts the characters. The faces are unique, and sometimes missing noses which can be quite cute. His coloring style is very smooth and colorful, often blending gradients into hair, clothing and skin alike. The Hatsune Miku illustration above was done for the cover of VL-SCRAMBLE, which features a variety of musicians. 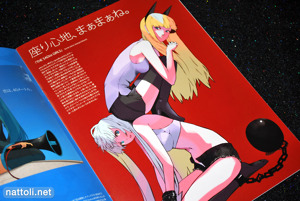 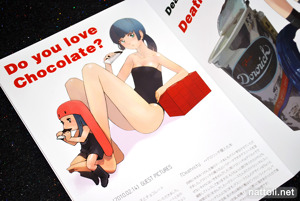 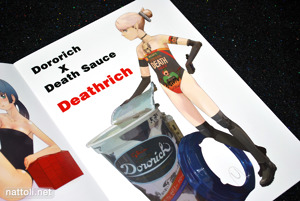 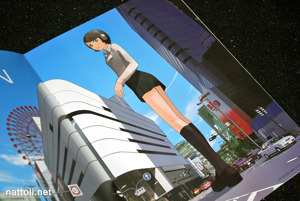 Guitar also participates in a lot of theme collection doujins where several artists will draw the same character. This past year, he provided an illustration for Dororich and Chocolaterie, which are both included in this doujinshi. He was also involved in a couple other Comiket 78 releases like CHAN×CO's DW, Mirror Twins and the Takagi-san Tribute, but those illustrations weren't included in this collection.

I am probably biased, but I think Sae's illustration is the most beautiful one in this book. _ I've been a fan of his on pixiv for a while.