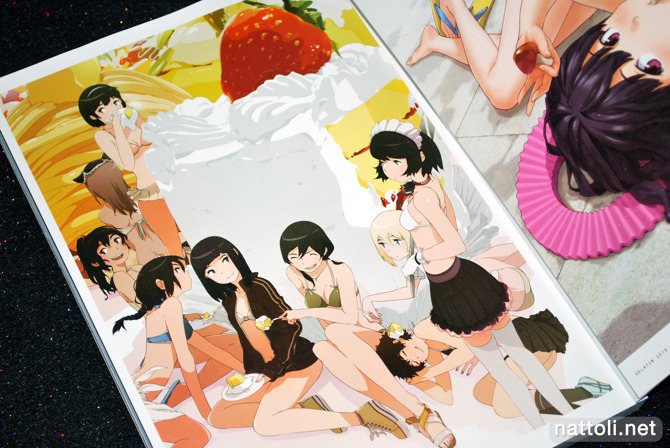 This season's GELATIN magazine sparkles! I'm not even joking, for some reason they thought a cross-hatch holographic cover was a good idea. Then again, it did make me feel like a kid again. With many of the usual GELATIN artists along with a few new ones, GELATIN 2010 Autumn あき seems a little more polished than recent issues.

The cover art work is by Hanaharu Naruko, the artist who also did the cover for the recent Girls With Cameras/A Pictorial Book. You can kind of see the rainbow shine from the hologram in the first picture above. Underneath the holographic cover is the sketch version of the same illustration, and inside the magazine is a full poster of the cover art. 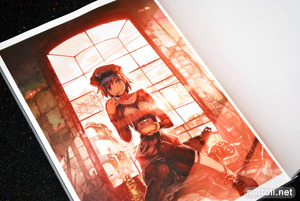 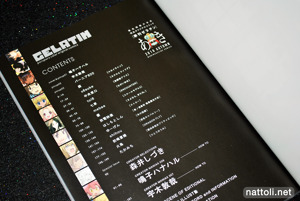 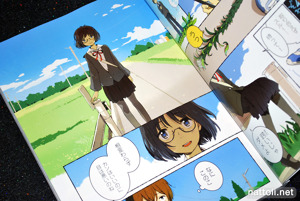 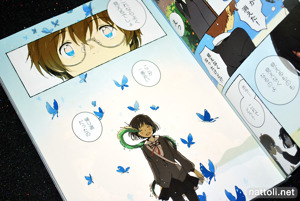 There are two pin-ups along with the poster in this issue, one is the opening illustration in this post by Cencoroll creator Atsuya Uki and the other is the one above by Vania600. Vania600's pin-up is beautiful, with amazing lighting as usual. The first comic in the issue is by Niwa, a new artist to GELATIN magazine. It's a 12-page comic called Sky Rain and features a boy who meets a girl with a novel way to look at the world. 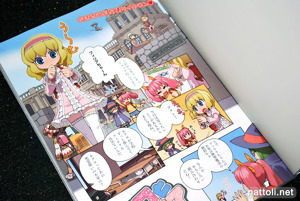 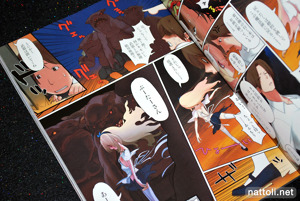 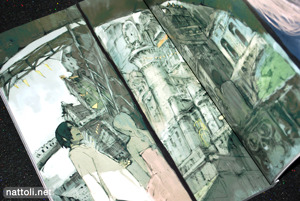 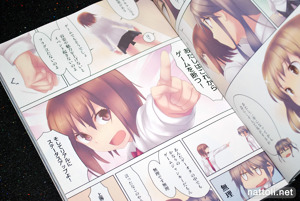 Mebae's on-going GELATIN comic Scale Model 2 (スケールモデル 2) appears to come to a conclusion in this issue, with the giantess managing to keep a normal human size. At 16-pages, it's one of the longest stories in this issue.

Yuu (優) makes a second appearance in this issue with a sweetly themed school girl and spirit short story. The characters were actually in an illustration from Quarterly Pixiv Vol. 02. Perhaps it's just a theme Yuu likes to illustrate. Either way, it's beautifully done, with very expressive and mutely colored panels over 16-pages. 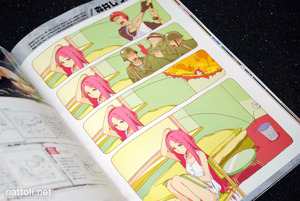 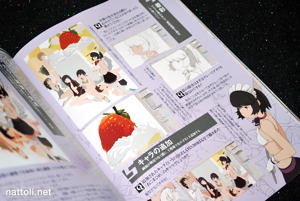 There's a one page gag comic by Shizuki Morii right before the beginning of the Creator Maniax section, which features step-by-step walkthroughs of Haruharu Naruko's and Atsuya Uki's illustrations for this issue. 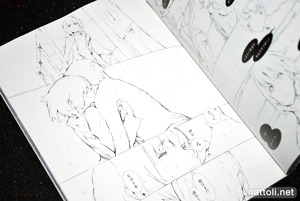 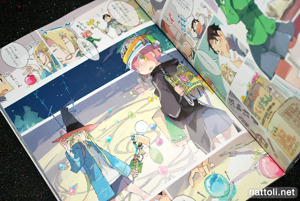 Houden Eizo's series STRAW continues, with an entirely monochrome line-art comic this time. It may be stylized, but honestly it looks more like he ran out of time on this 12-page comic ^^; Shin Hashimoto reappears in this issue, with a 10-page magical girl comic. 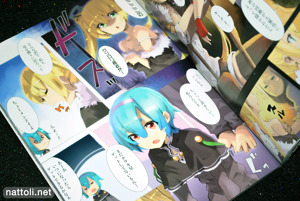 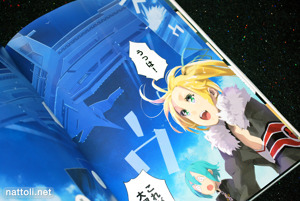 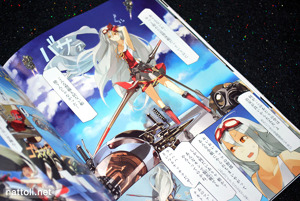 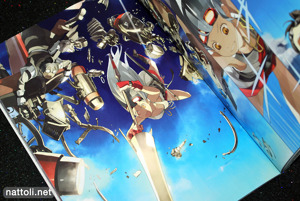 Yuugen was in this issue again with a 10-page story called Winter Corridor. Shihou, another new artist to GELATIN, premiered with an 8-page mecha girl comic called Azure Calvary. 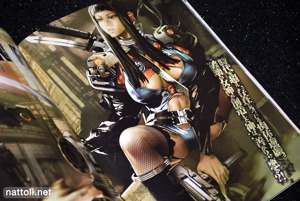 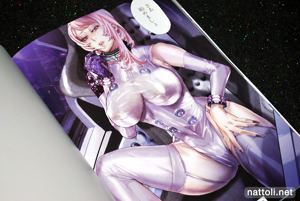 Shigeki Maeshima's DRAGON FLY continued in this issue as well, with another 18-page installment of the series. There was also a two-page spread chapter illustration that you can see part of above.

The monochrome comic this issue is by Hitori, and the comics end with Takamichi's on-going series that is also being collected into its own volume called Ritou no Umi (りとうのうみ). The magazine finishes with short author biographies as usual, as well as a few product advertisements, one being the Happy Bicycle Life Manual with Girls that has been advertised for more than a year without showing up. It's a nice finish for GELATIN magazine for the year and it'll be interesting to see if pin-ups and posters will continue into next year!

Not as good as Summer IMO :(

The gag comic is kind of fascinating but I don't know why. It's a shame I didn't manage to get the last Shizuki Morii Fate/stay night doujinshi which looks funny.

Agree on the final point.