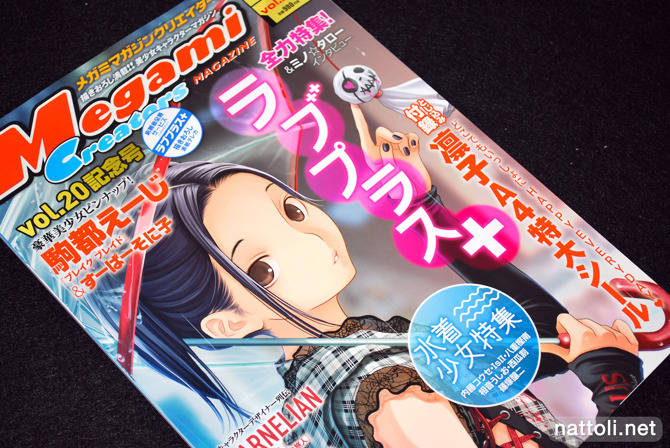 The 20th issue of Megami MAGAZINE Creators came out a few months ago, and marks a milestone of sorts for this quarterly publication. After all, a five-year run is quite an achievement considering the number of magazines that go under each year. The cover features Kobayakawa Rinko with art work from Love Plus+ and is repeated inside as a giant A4-sized sticker. 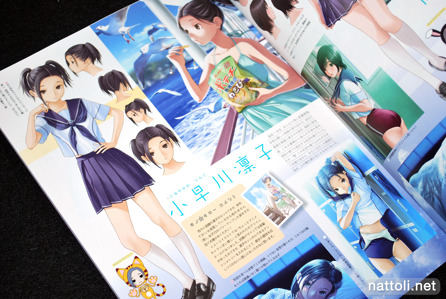 I like the idea, but I can't think of a lot of use for a sticker that size. As it has been for the last several volumes, the issue starts out with an illustration by Shinonoko, with some cute pirate themed girls. The first 12-pages of this issue are dedicated to games, namely Love Plus+ and Sonico from Nitroplus. There's also a foldout poster of the Sonico illustration pictured above.

The Girl's Style section featured a "Swimsuit Girls" theme, not exactly creative, but it was the summer time. The six artists included are Nan Yaegashi, IsII, Kouse Naito, Jyouji Shinozuka, Warito Nishiuri, and Ushio Komone. And randomly, three out of those six were wearing yellow bikinis.

The opening illustration for the Girl's Avenue section is by Nagasawa Shin, also known as JASON. The first three artists featured in Girl's Avenue are Akaza, KeG, and Sato Yoshimi, who each drew a new illustration for this issue. Sato Yoshimi's art work is one I hadn't seen before, and looks quite out of date for a featured artist, especially when compared to the other illustrators in this section. 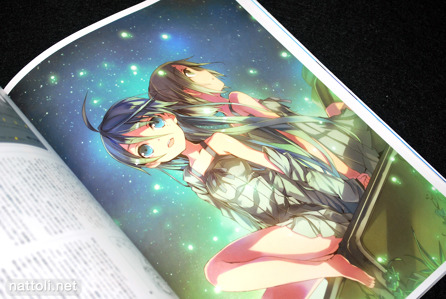 The Girl's Avenue section was finished off by Juu Ayakura, BUNBUN, and Miki Miyashita, who have all had a Girl's Avenue poster in Megami Magazine, so none of the art work featured was new. Each artist in this section had a total of four pages as usual, one full page illustration, one interview page, and two tiled illustration pages. 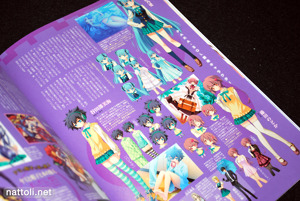 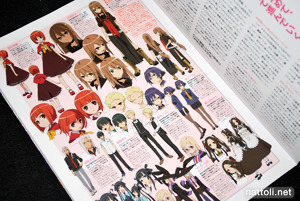 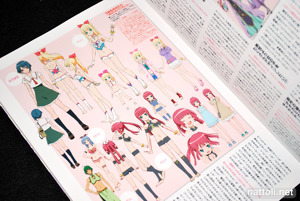 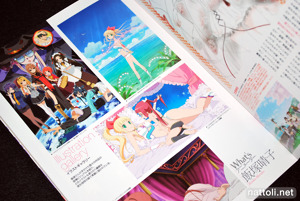 The character design featured artist this issue is Carnelian, with a short interview and mostly art work from PARA-SOL pictured. The interview is a total of 6-pages, but most of that is filled with small, tiled images. The featured animator in this section is Iizuka Haruko, character design for Ookami-san, Umi Monogatari, and Sisters of Wellber.

Towards the end is a section on Break Blade, with an illustration by Eiji Komatsu, followed by an anime feature for Sono Hanabira ni Kuchizuke wo. The Queen's Blade section features Aldora with her alternative look and the up-and-coming illustrator featured is Ixy. The only real sign that this is an anniversary issue is the short "Megami Chronicle" section towards the end that displays all the covers and first page illustrations up until this issue. Megami MAGAZINE Creators Vol. 20 is a pretty good issue overall, even though it was a little weak on the Girl's Avenue artist selection.

A little late to the party on this one :P