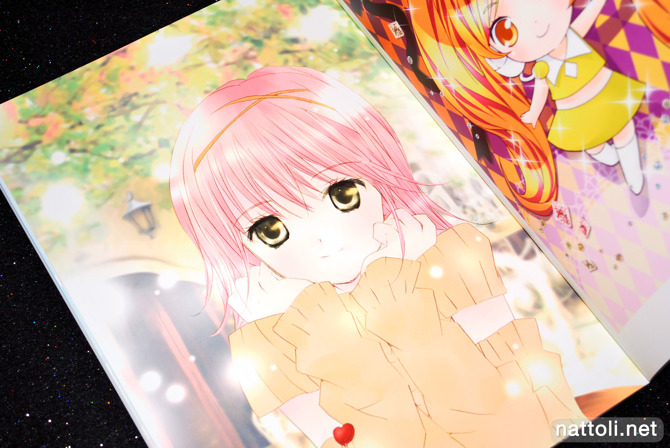 Shugo Chara! Illustrations 2 came out at the beginning of October, gathering all the Peach-Pit illustrated works for Shugo Chara! that have been released since the publication of the first art book nearly two years ago. For fans of the series, it's definitely a must-get, especially considering that many of these illustrations have only previously been featured on the text-heavy covers of Nakayosi (なかよし) Magazines! 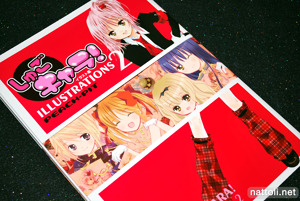 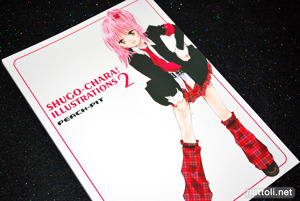 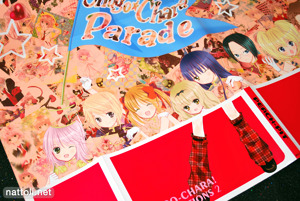 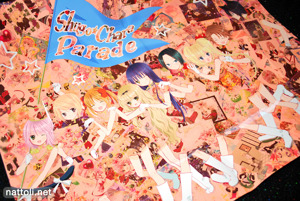 As with the last art book, Shugo Chara! Illustartions 2 is A4-sized and weighs in at a very light 80-pages in length. The art book is paper back with a slip cover, and also like with the last volume, when you remove the slip cover and unfold it, it converts into a poster. The under cover actually has the cover illustration in full color on a white background printed on it, probably incase you decide to actually use the poster ^^; The poster, front cover, and back cover illustrations are the only newly drawn works in the book.

Peach-Pit's style for Shugo Chara! hasn't undergone any significant chance since it started, so the illustrations, coloring, and style are very much the way they were in the first art book. But there are quite a few more Amu x Ikuto illustrations than there were in the first book. There's also one really nice Kukai x Utau illustration. Though Shugo Chara! has a large cast, it's always nice when side characters are not forgotten, especially in art books!

After that first selection of illustrations though, the collection becomes pretty much entirely Hinamori Amu portraits. Most of the Nakayoshi covers were just upper body pictures of Amu, so that's what you see a lot of in the latter half of the book. It becomes quite pink... 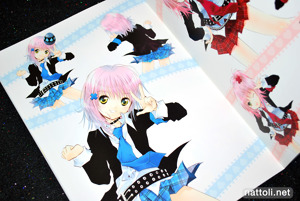 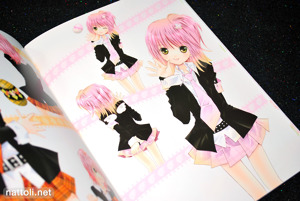 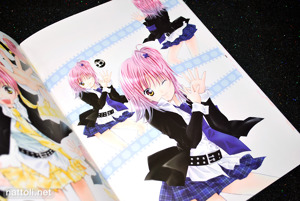 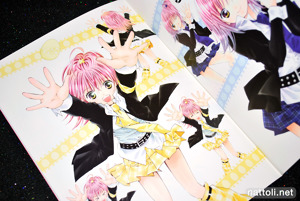 The manga volume covers are all included in the Comics section of the art book, featuring the fronts and backs for volumes one through twelve. These pictures are especially cute because Amu displays the volume number with hand signs in each illustration.

The final section is titled Others and features about 16 illustrations from off-shoot items like the Nintendo DS Shugo Chara! Norinori Chara no Rhythm♪. The index is 8-pages and includes artist comments under each work. Peach-Pit is actually an artist duo, and for once the index makes the distinction between the two---not that you could tell otherwise! Shugo Chara! Illustrations 2 completes the collection for Peach-Pit's Shugo Chara! art work, so for that reason in addition to the great art work it's definitely worth collecting ^^

I'm more interested in the anime artworks, I wonder if they'll do an artbook with the DVD/BRD covers and magazine illustrations?

Are those good? Any way to see them?

Usually, you have to wait for one of the key animators to release an art book to have the DVDs and BRDs collected. Unless it's like, Higurashi or Haruhi popular ;P

I want to go to there!

normally I don't think I'd want something like this, but I've been feeling like my locker could have a bit more decorations in it....

thank you very much for sharing! I love Peachpit's works!

where do you buy this? i live in america and i want it this book badly!!!

I bought this from Amazon Japan but there are a variety of other retailers. Just search the title and you'll find some results!