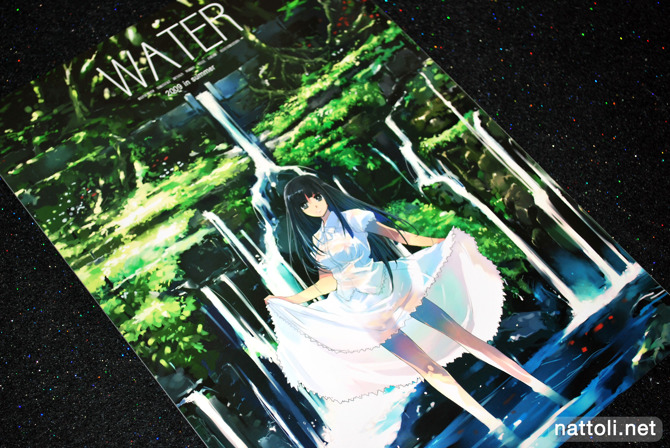 Noriyuki Matsumoto is a long time illustrator who will soon be adding original character designer to his list of titles, with the upcoming Mouretsu Pirates. Though that's not the focus of the Comiket 76 release WATER, there is at least one inspiration illustration from the upcoming series included. The majority of other works in this collection are originals, manga illustrations and the occasional fan arts. 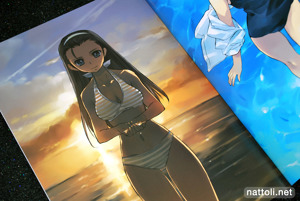 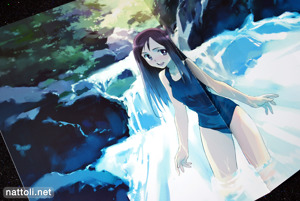 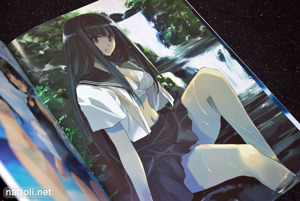 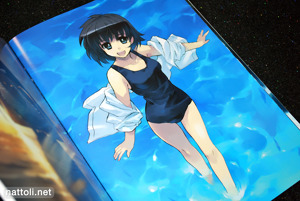 WATER is A4-sized and 56-pages when including the covers in that count. It's entirely full-color and nearly all full-page illustrations. Presentation-wise, it feels very much like an art book. The only shortcoming (which probably won't bother most people) is that there isn't any publication information included with the works, so it's kind of hard to follow up on works you might be interested in. Several of the characters in the first part of the book are from Noriyuki Matsumoto's full-color manga Tsubame - Hidamari Shoujo Kikou. 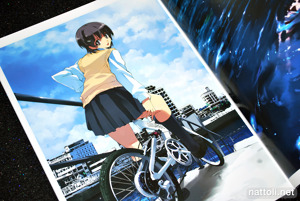 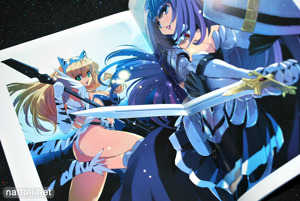 I was happy to see a few Queen's Blade fan illustrations included as well. One of them (not pictured) is from a Toranoana Queen's Blade collection that I keep meaning to review at some point. 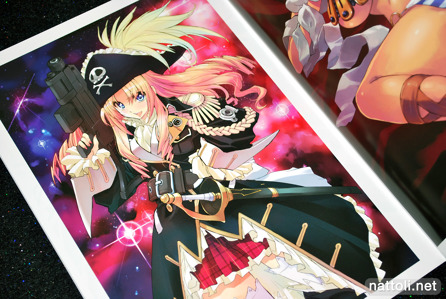 This illustration is the cover for Mini-Skirt Space Pirates (ミニスカ宇宙海賊), which is the inspiration for the anime Mouretsu Pirates. While I love Noriyuki Matsumoto's take on school girls, he really nails it with over-the-top fantasy designs especially because he pays extra attention to details on the clothing.

If you've purchased Noriyuki Matsumoto Illustrations Rin, you'll be happy to know that there isn't any overlap between these two books. You can also really see a sort of style evolution between the two books, with the illustrations in WATER featuring a much more animation-ready style and coloring. Still, there are several painted works, which have a look all their own. 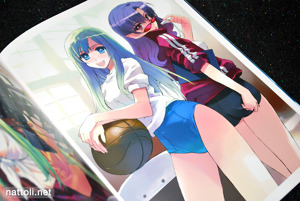 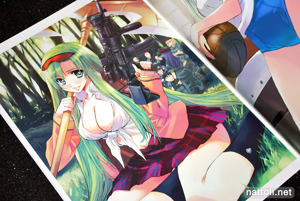 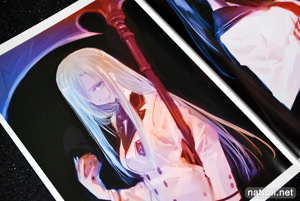 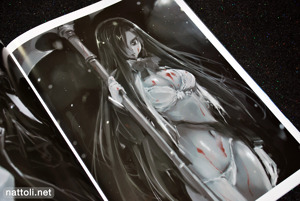 There is a fairly large section in the book featuring illustrations from the manga A-kun (17) no Sensou - I, the Tycoon? (A君(17)の戦争-I.THE TYCOON). It's 21 pages long, with one two-page spread illustration in the mix. 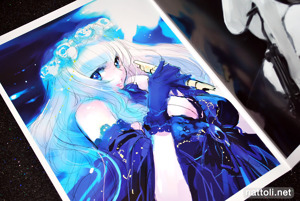 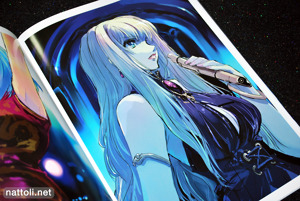 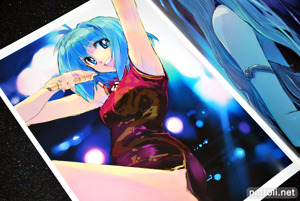 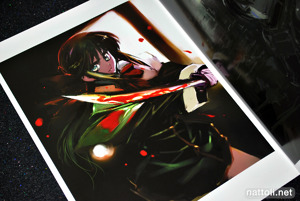 The last ten or so pages are filled with a mixture of fan arts and smaller colored sketches. There are three illustrations from Macross Frontier, and a couple from Kanon before the last few pages which include multiple illustrations per page that are mostly nude roughs. 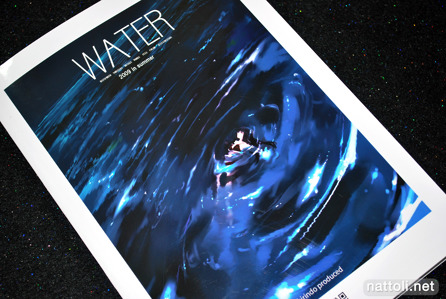 Though it's been a little over a year since WATER was released, it's not too hard to find for a good price. It's definitely one of those great quality collections that makes me wish more doujinshi were this well done ^^

Oh God, that pirate page, I must acquire this!

It looks great, I didn't know this artist, thanks for sharing!

Wow, that is a fantastic cover. I love some of the less finished illustrations.