Zero no Tsukaima Louise Portraits is available on Amazon 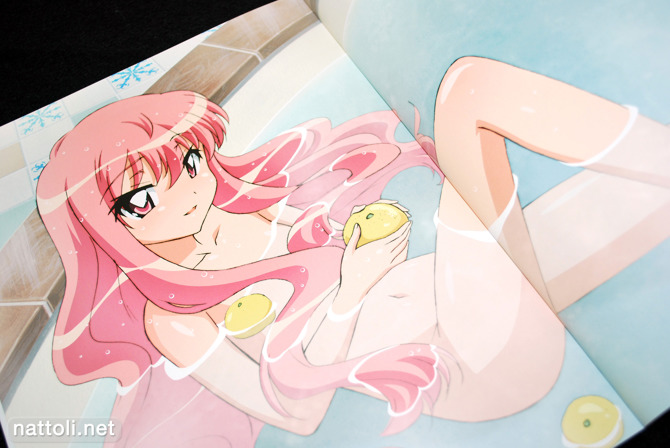 Photo portrait books of popular celebrities have been a relatively popular thing in Japan for ages, but it wasn't until recently that these same style of books started popping up more regularly for anime characters. The main selling point for idol portrait collections is that the majority of pictures in the book are all new, and taken exclusively for the book. So for the anime collection, they've taken the same approach, which is pretty impressive.

The Zero no Tsukaima Louise Portraits (ゼロの使い魔 ~双月の騎士~ ルイズ写真集) includes ten new illustrations made exclusively for this book. But there are also illustrations featuring Louise that were previously in magazines in the latter half of the book. In this way, it's quite similar to the previously reviewed Sora Kake Girl Girl's Collection, with lots of new illustrations that were exclusive to the book. The only difference is that it focused on all of the girls in the series, and not just the lead character. But I'm sure there are plenty of Louise fans out there. 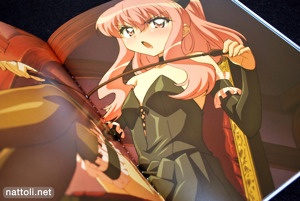 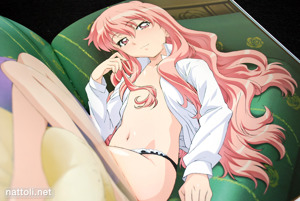 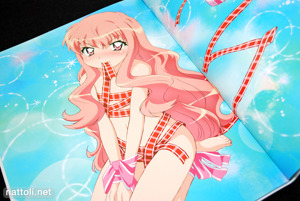 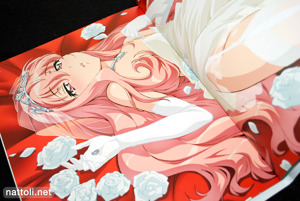 All the pictures are very fan-service focused, and include outfits Louise never wore in the series to really cater to fans. I absolutely love the wedding dress portrait.

I really love this style of book because usually, if you want to see new illustrations of your favorite characters (especially after the show has ended) you'll be waiting until an animator releases an art book. Even then, that kind of thing doesn't happen very often, and usually includes at most just one or two new illustrations. 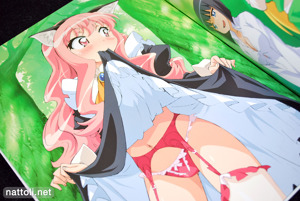 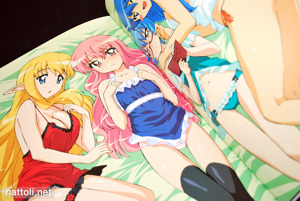 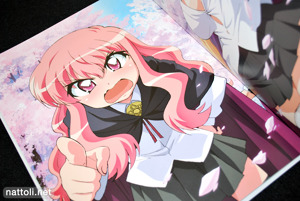 These "portrait" books don't tend to be very lengthy. This one is 64 pages long, and full color. On that same note, it's not nearly as expensive as a regular art book; it retails for just ￥1,890.

After the "photos" the end of this book features profile images of Louise in the different outfits she did wear in the show. There are a few pages of screen shot compilations of Louise's tsundere (ツンデレ) moments, followed by a thumbnail index of the new illustrations as sketches, and the older illustrations in thumbnail crops.

Are you a big enough fan of any one anime character to want an entire book of pictures of just him/her?

This book is great for people who want to see how many different ways one artist can expose the same character! Genius!

Well, the fans exist to support it, else it would have never been published!

I think she's well designed enough to buy a whole book with her in it, especially if you're into frequent panty shots XD

This is a very nice artbook. It's been a while since I flicked through it but I have no regrets in getting it.

Hehe, nice. There were a bunch of other Zero no Tsukaima book released, but this definitely had the best art work.

im a biggest fan of the anime

Probably the next artbook that I will buy. I love Louise character. Thank you for sharing, this is the first review I've seen about this artbook