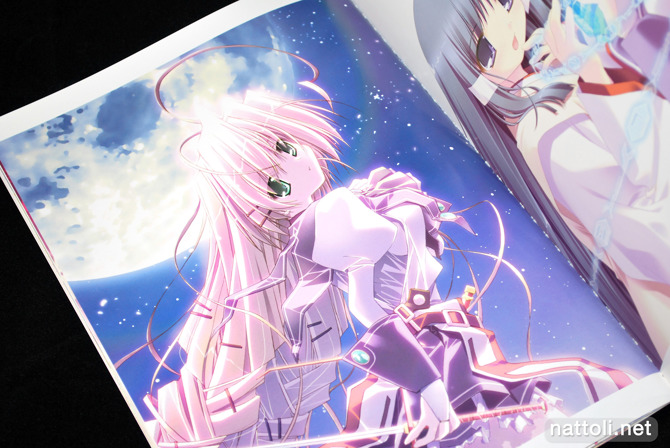 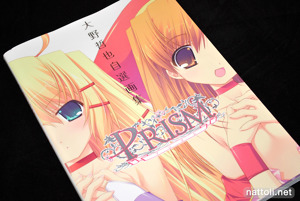 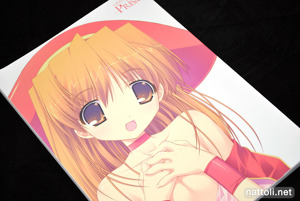 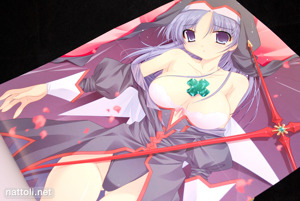 So, as an intro to Tetsuya Ohno's art work, this would probably be an ideal collection. PRISM is A4-sized and 144-pages. It includes a single-sided fold-out poster, and underneath the slip cover of the art book are textless, full color illustrations of the cover girls. 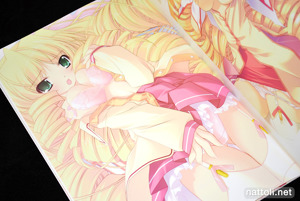 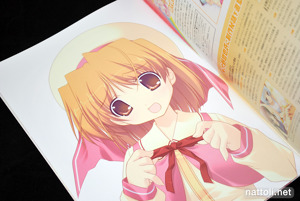 The collection starts out with art work from Tetsuya Ohno's newest game Prism Magical (プリズム☆ま～じカル). It's a short, 7-page section because this book basically came out at the same time as the game. And by the way, like with most of his books, there is some nudity.

A much larger section is given to PRISM ARK, another game that also had an anime spin-off. Tetsuya Ohno actually self-released a couple of very well-made PRISM ARK art books that include the game CGs and many of these illustrations can also be found in those books. This section is about 24-pages and flows into other works by the PajamaSoft studio.

Once we're out of the PRISM ARK age and into the other PajamaSoft works, that's where this art book becomes especially repetitive. Many of these illustrations were in his previous art book, Pia Pia Pō Tetsuya Ohno Illustrations as well as his Character Museum doujins.

I first became interested in Tetsuya Ohno because of the very awesome Tenshi ni Narumon! (天使になるもんっ!) which still ranks up there as one of my favorite series ever. In my search for more from the series, I found out he was the original artist, and more or less started collecting non-anime art books from there ^^ The Tenshi ni Narumon! illustrations included were all previously printed in Pia Pia Pō Tetsuya Ohno Illustrations in the same full-page format.

The latter half of the art book jumps around time-wise and includes Tetsuya Ohno's contribution art works to things like magazines, covers and Aquarian Age TCG illustrations. It's well selected though, and none of the art works look terribly dated when compared, even though some may be as much as 10 years apart! 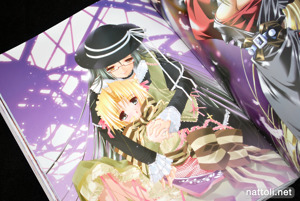 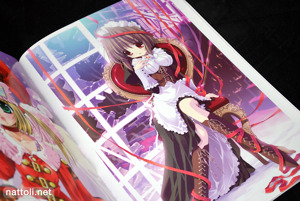 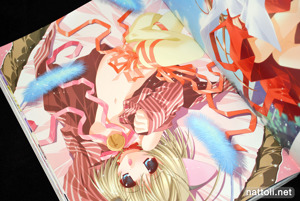 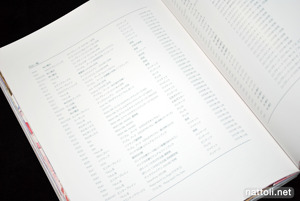 The art book ends with a 4-page interview, and a no-thumbnail index of the illustrations. I don't dislike this book as much as I did when I first received it, but I still wouldn't recommend it if you've avidly collected Tetsuya Ohno's other publications. But if you have nothing of his, then Tetsuya Ohno Illustrations PRISM is actually quite an excellent collection ^^