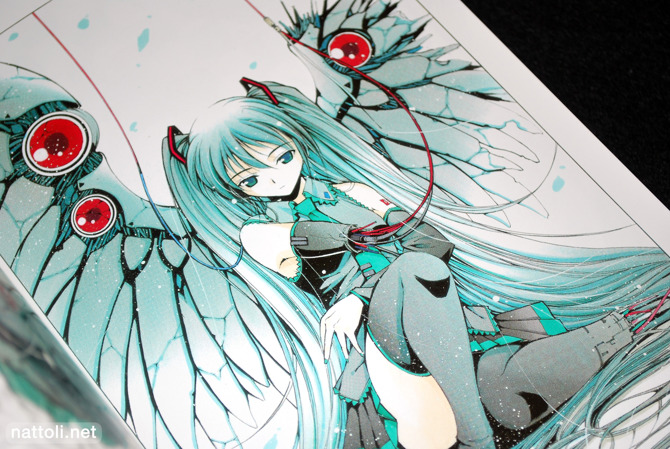 I picked up this doujin on a whim with several other items from Comiket 75. I had never heard of Toshimasa Komiya (小宮利公), but the Hatsune Miku picture on the cover caught my eye, so I bought it ^^; Has anyone else heard of this artist before?

Since I bought it with the prospect of more Vocaloid illustrations, I wasn't disappointed. Toshimasa included several of Hatsune Miku and even one of Black Rock Shooter. 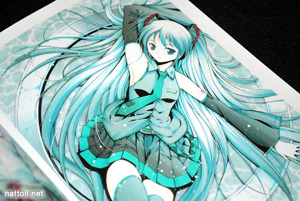 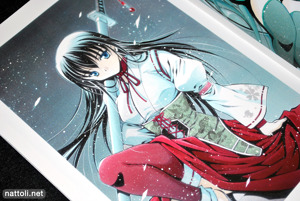 The minimal use of colors in these illustrations is also unique. Even in the pictures that aren't Hatsune Miku related, the color palette remains turquoise, red and black.

After some looking about, I found out some of the characters above are from Toshimasa's own original series called ELIZABETH.

The remainder of the book is all black and white, and the index includes black and white sketches of the pictures that were colored, along with the artist's comments on the work. It's 24 pages total, with about 8 of those in color. Would you put this artist on your watchlist, or is the style not to your liking? 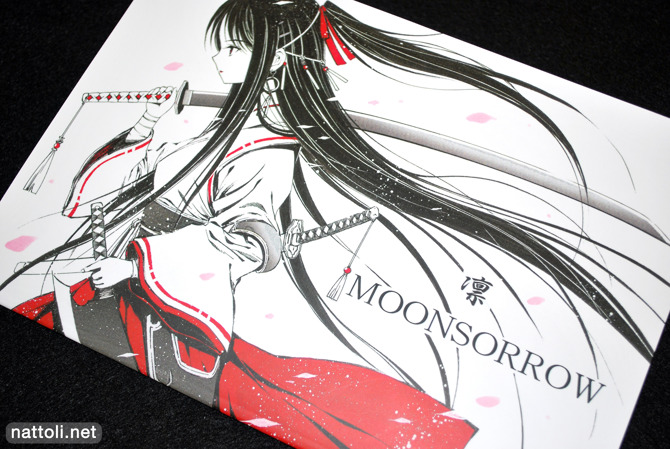 I love his style, those grayscale on color style ones are really pretty. After looking at the cover I was wondering... is there some sort of texture on the cover?

Nope, the cover is smooth, but I think the artist just wanted it to look textured with all the tiny paint splatters on the pictures. I think it makes them look more magical :o

Maybe I should get a more evil one too!

You should just stick with kitties and muscle bantam :p

Thanks for the info

This is so pretty <3 Stop making me wanting to spend all my money >.<

i really like the minimalistic approach to color. the art's really good, but the coloring is just brilliant.

It's funny but, that same minimalistic approach to color was the same thing that almost made me not buy it ^^;

Impressive works. I'm not really a fan of Hatsune Miku but these pics are amazing and I might become a fan now. The last pis is one of my favs amongst the others (and it's not Miku ^^) I think I would put this artist on my watchlist.

Wow this is gorgeous! Where are you buying these from anyway? Online?

XP nevermind~ found your amazon.co.jp instructions :). And also thx for uploading these scans onto AP!

Actually, all things under the 'doujinshi' category aren't commercial, so you can't buy them from Amazon. You have to get them from places like Toranoana, Mandarake and Melonbooks. Though Mandarake ships internationally, the other ones don't so you have to use a Japanese deputy service.

And after that downer, glad you like the site! XD