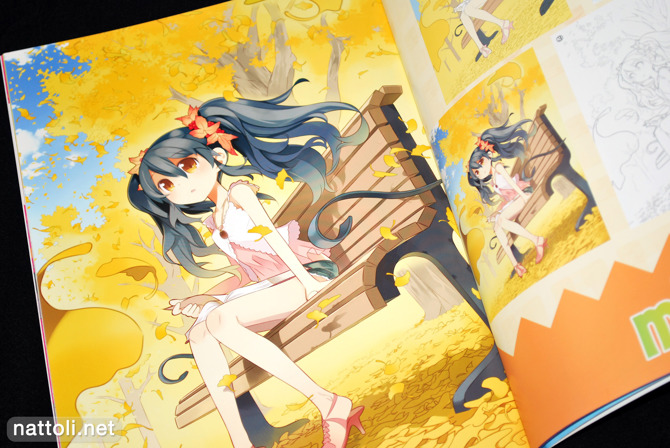 Mimesis is a philosophical term that can mean anything from mimicry and imitation to the act of expression and presentation of self (thanks Wikipedia!). Haruse Hiroki's intent in using it as the title of his Comiket 79 release Mimesis isn't entirely clear, but the girls illustrated through out the doujinshi seem to become one with their surroundings that range from bunnies to autumn leaves. 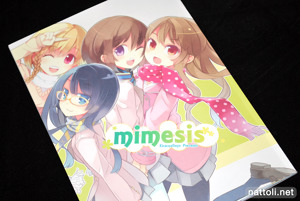 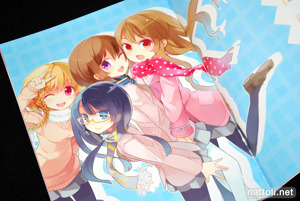 Though I'd just recently encountered Haruse Hiroki's art work in the Bishoujo Illustrations New Year Collection 2011, that alone wouldn't have been enough for me to pick up his doujinshi. But after checking out his Pixiv and absolutely loving his clean, colorful designs I just went for it ^^ 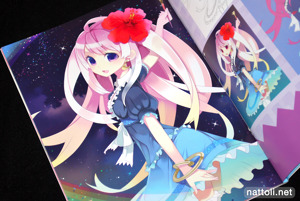 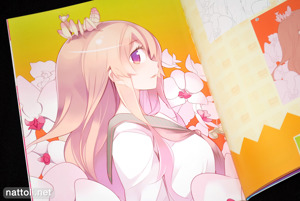 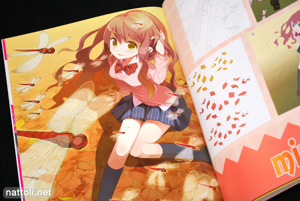 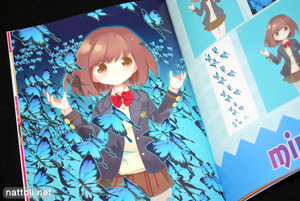 Mimesis is B5-sized and 28-pages counting the covers. The print quality is very high, though it is still AM screening. Haruse Hiroki works very generously with colors, giving nearly every illustration a different, vivid color theme. The majority of the illustrations are given a full-page, but it should be noted that a finished art work more or less appears on every other page. The adjoining page include the artist's comments on each illustration along with a working process from sketch to finish.

The last few pages of Mimesis include some rough illustrations, and art works without backgrounds. I was getting a serious Tiv-vibe throughout Haruse Hiroki's doujinshi, but this explains it: Haruse designed the characters Kitajima Sorako & Tink, whom Tiv has drawn a version of in her C79 doujin and Tiv designed the character in this Haruse Hiroki illustration. Their styles really mesh, don't they?

I love the style of drawing, not sure what it is about it. Maybe it's the big eyes or maybe the way the colors in the hair or the way that it's drawn, maybe it's because they are all delicious loli's. The art work is amazing in any case.

beautiful colors, going to check out this artist from now on!