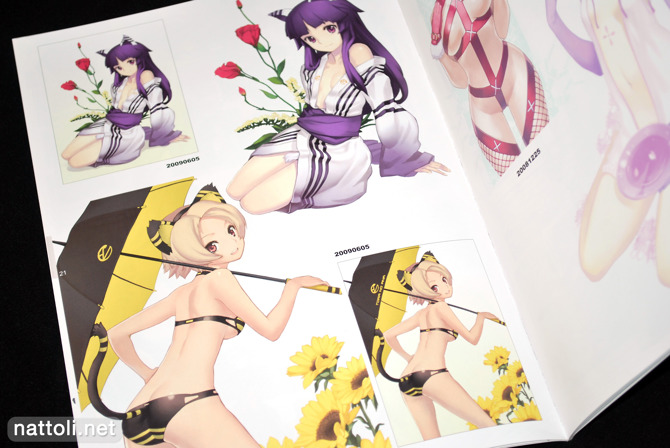 Since it was clear from the title that Nagi Ryou's newest collection would be a archive of website illustrations, I wasn't expecting much in terms of quality or large illustrations. And no doubt having such moderate expectations about BEGINNING S.E.C Website Illustration Archive helped me to appreciate it more, since it turned out to be better than expected. 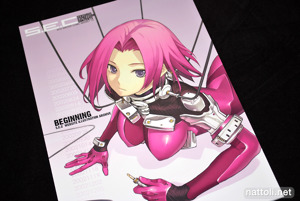 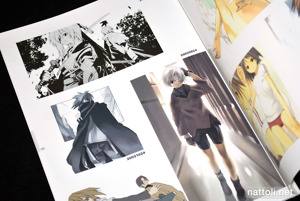 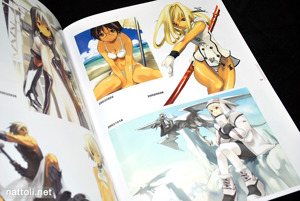 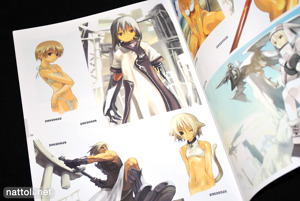 BEGINNING is A4-sized and 24-pages not including the covers. Illustration dates are published next to each work, and they're presented more or less in order from oldest to newest. The majority of the works are from pre-2004, with only the last three art pages presenting works post-2008.

And as usual with a Nagi Ryou collections, there are a fair amount of girls who've lost their shirts, but that's about as racy as it gets. Because the illustrations started out as website art work, they're all for the most part too small to be printed full to page, which is why they're fit several to a page. I've seen so many upscaled images printed in doujins that I really prefer it this way, it looks better in the end. The more recent illustrations from 2008 and 2009 were commissioned by Toranoana and a light novel, which is why the quality stands out in comparison to the rest. 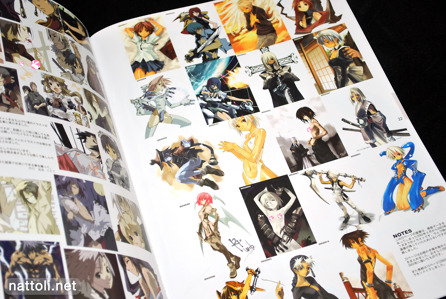 Though BEGINNING didn't have the same kind of appeal as some of Nagi Ryou's more themed doujins, the quality in presentation was still there, and I do always enjoy his art works.

Glad I passed tbh. Duplicate images on the same page with and without background? PASS!

Saw few already on animepaper! :D... But meh way to small pics for my taste! :/

Heh, considering both of your replies, I'm guessing one did in fact need to have lowered expectations to enjoy this one ;D

Ho ho ho! dont take me wrong! My motto is "Small, yet cute"! And the art itself is great, but I think in a doujin the work should be presented better! Pics in that size are suitable as few pages at the end of an artbook :D.