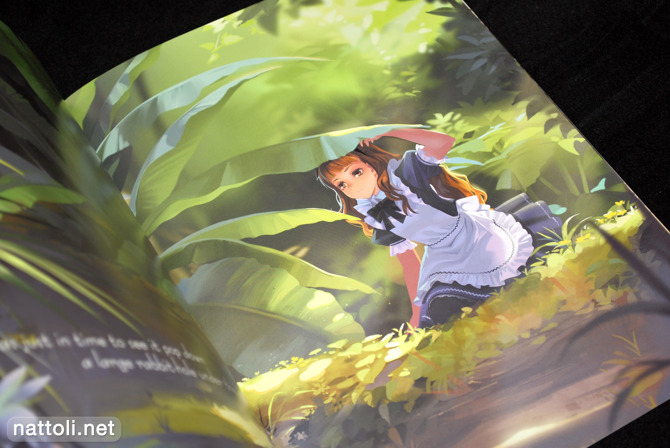 Alice's Adventures in Wonderland is a B5-sized book and 28-pages when counting the covers. The line art for the cover illustration is used for the first page, and dialogue from the original story is scattered through out the illustrations, usually setting the scene. It's hardly necessary though, as every illustration is so vividly depicted you wouldn't need to guess what Alice is up to ^^ 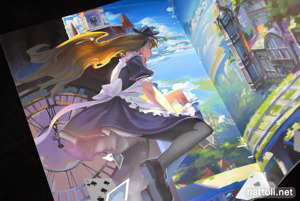 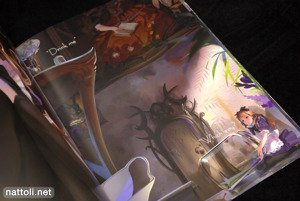 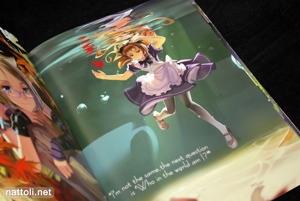 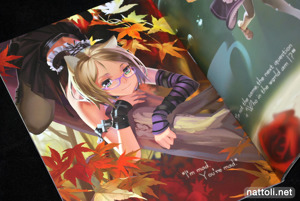 In Alice, ALPHONSE's minimal use of outlines really shines, allowing for surreal highlights and shadows to engulf the characters, giving them an even more fantastic appearance. Though the White Rabbit is depicted as an animal, the Cheshire Cat takes on the punk-ish appearance of a nekomimi-girl.

ALPHONSE is also sure to include the Mad Hatter as well as the Queen of Hearts whom, when unmasked is depicted as Alice. Every story illustration in Alice is quite painstakingly done, with perfect background settings and details. It really has the appearance of a project that was a long time coming. 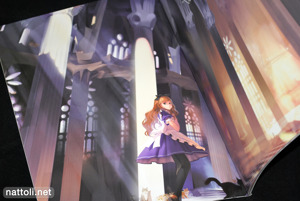 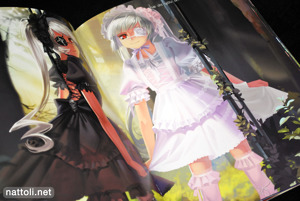 Alice's Adventures in Wonderland finishes with an illustration of Tweedledum and Tweedledee as beautiful girls in gothic lolita dresses. Perhaps as a segue for a follow up book for Through the Looking-Glass? Though ALPHONSE's Alice can be hard to find, it's definitely worth it if you should happen upon it!

Aw, aw, aw, it's so beautiful, I should really do a doujin wish list one day. This one would be in for sure.

Alphonse is good at what he does. So are you, sir nat. This shall be in my 'get' list. Thanks.

I would like to know where I can buy this art book. Can you please tell me?

It comes up from time to time on Yahoo! Japan Auctions, Ebay, and Mandarake. You just have to be on the look out for it.

Yup pretty much, or just buying it early and while it's in stock. Patience works though, I've acquired a lot of things through waiting :)

'Alice' is being re-print! It's being sold through Toranoana and you can currently pre-order it!

Thank you very much I have ordered it!

anybody know where i can buy the book?