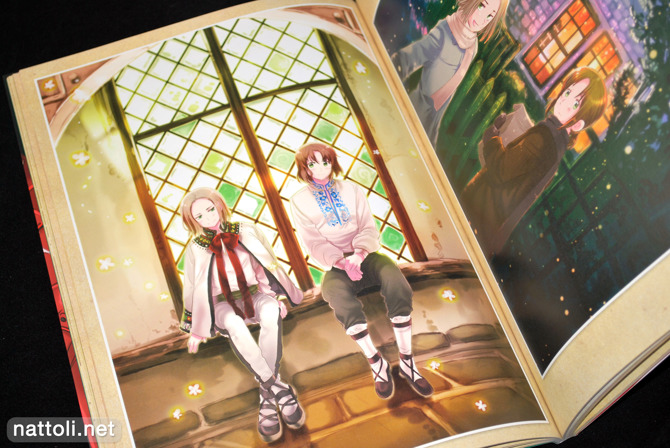 I neglected to do any research when I first noticed the art book Hetalia Axis Powers Art Book Arte Stella listed on Amazon Japan, but I placed an order anyway. Months later, I'd forgotten the release date, so it was a pleasant and amusing surprise to see the oversized box I would expect for a limited edition art book, along with an interesting selection of bonus items for Arte Stella.

Hetalia Axis Powers Art Book Arte Stella is more expensive than your average art book, coming in at a pre-tax price of ￥3800. But that price includes the A4-sized art book with 112 pages, a B2-sized double-sided newly drawn poster, a sticker sheet, and a decorated tin with a set of circular playing cards.

The art book has no real title page or end page, it starts out on whichever side you choose; flipping in one direction are illustrations for the Axis Powers, and in the other direction you're shifting through the characters from the Allied Forces. It's intentionally laid out this way, with the index in the very center of the book where the two sides converge. I photographed in the Axis Powers direction, starting out with several pages of illustrations of Italy, Japan and Germany. 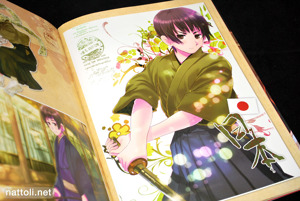 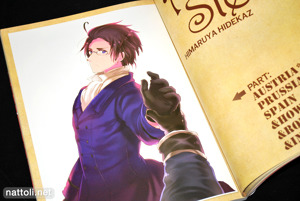 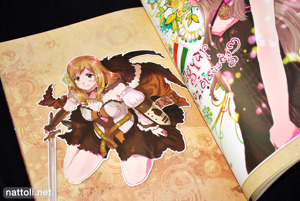 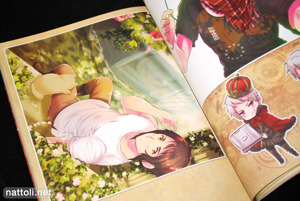 The illustrations of Italy, Germany, and Japan cover about 30-pages, at which point it moves into pictures of the historical Axis Powers like Austria, Hungary, Prussia, Greece and Spain. Each of the characters receives at least one page of art work, although a couple receive more. 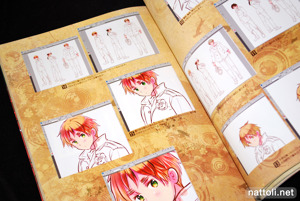 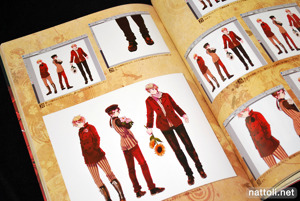 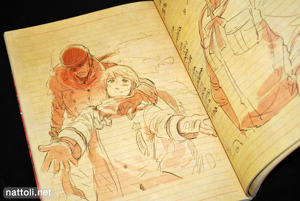 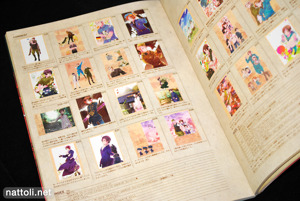 The center of the art book includes a 'How to Draw' section that spends eight pages going over the coloring steps for one illustration. Honestly, it seems a bit excessive, and I would have rather seen more illustrations for the same space it occupied. After the 'How to Draw' portion is another eight pages of monochrome arts and sketches, done in a notebook sketch kind of style, with light hue shading. The index is another six pages, at which point you hit the end of the Allied Forces section.

Starting from the back cover (technically) is the beginning of the Allied Forces section, which starts out with both individual and group pictures of America, England, France, Russia, and China. This section is covered over 28-pages before it moves into the rest of the historical Allies of World War II, which in the art book includes Liechtenstein, Hong Kong, Poland, Lithuania, Sweden, Finland and many others.

The Allied Forces section ends with adorable chibi illustrations over three pages before it reaches the center index. Hetalia Axis Powers Art Book Arte Stella is excellent as an art book, but it could have been cheaper in my opinion, as I'll likely never have any use for the playing cards, stickers or poster ^^;

The book's layout is really lovely even if I'm not a fan of HETALIA.

not sure if want!

Two artbooks lately?! Keep it up! >:D ... Sadly noone of those I like tho XD ... Well if in this one would have been more girls I would consider to buy it XD... Not rly up to so much boys in one book :<

I want this i mean i reallllly want this is there any of this in canada toronto :)....you can replay back to me thx u

Online shops ship everywhere. Just Google the title and find a place that ships to you.

So even if we are not in japan, could we still order it and have it shipped (e.g. like the Philippines)? and did you get charged by yen or dollars? and how long was the shipping time? ;o;

Sorry for disturbing you- and Thank youuu!! 8D

I used Amazon Japan to purchase it, so speaking in regards to that service, I was charged in yen and shipping time was two or three days. And they do ship to the Philippines :D

Stands back from the keyboard in aaemzment! Thanks!

OMG A HETALIA ARTBOOK!!!!!!! ON THE ALTER-EGO OF AP!!!!! freaks out and feints from total fangirl overload

Um, question? Can I pay with american dollars? How would that work? I've been wanting to buy hetalia stuff over seas for a while but the money thing worries me, please explain?

"This section is covered over 28-pages before it moves into the rest of the historical Allies of World War II, which in the art book includes Liechtenstein, Hong Kong, Poland, Lithuania, Sweden, Finland and many others"

Yeah, but Finland wasn't part of the Allies... :D Finland fought with Russia (with help from Germany). And Sweden was neutral.