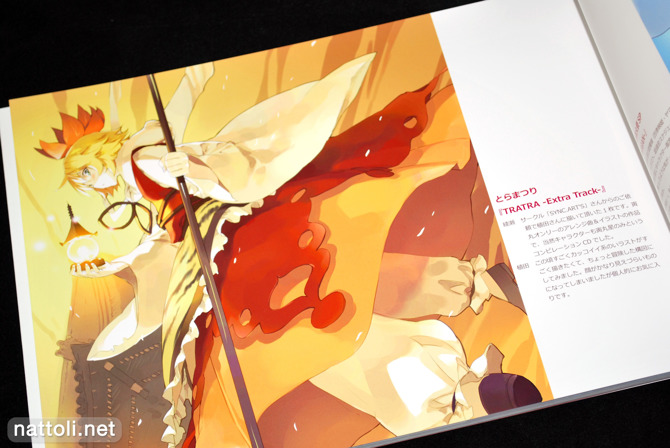 Though the Comiket 79 doujinshi release Tonbo: Ryo Ueda Toho Art Collection II didn't have the production caliber of the first volume, the Touhou art work collected within still stands up to the original, and even improves upon it.

Tonbo: Ryo Ueda Toho Art Collection II is A4-sized and 80-pages. Like the original, it also opens horizontally, allowing for more landscape and stick-poster illustrations to be displayed at their best within. The book isn't hardcover this time though, and there aren't any translucent pages for decorations like there were in the last one. Production-wise, it feels like a more cost-effective version with no frills, although both books sold for the same price on Toranoana, ￥1470. 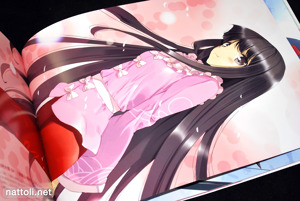 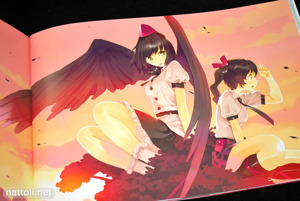 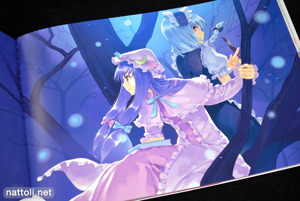 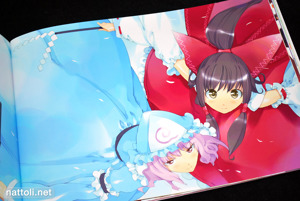 The Touhou art works are beautifully displayed, on either full page layouts or two-page spreads. But that also means there aren't really as many illustrations as you would expect over 80 pages. In total, there are 34 illustrations counting the cover work. On the down side, the spreads aren't printed with overlap as they were in the last book, so some of the works seem a little cut off with the tight binding.

This time around, characters like Toramaru Shou, and Hijiri Byakuren are included, as they graced some of the covers for C-CLAYS Touhou albums over the past couple of years. While the first collection contained works from as far back as 2006, this collection primarily only cover two years, 2009 and 2010, although there are a couple pieces under the Other section that may be older. 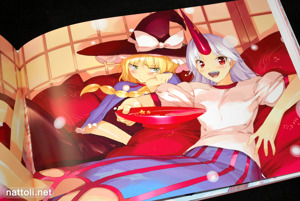 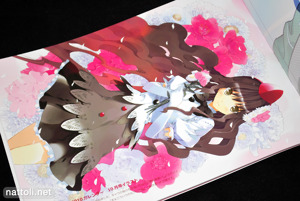 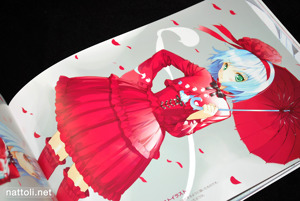 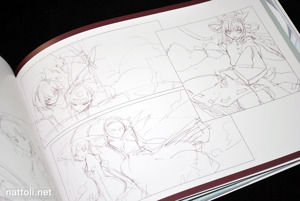 Tonbo: Ryo Ueda Toho Art Collection II ends with 15-pages of rough sketches and line arts, along with a message from the artist. To be honest, I felt a bit blasé about this volume as it didn't even meet the production standards set by the first book and it doesn't help that this time around, I've also been exposed to every illustration in the book beforehand due to my far too frequent browsing of Toranoana. For the price though, it's still worth collecting, so long as your expectations are tempered ^^

I wish I had this, it looks stunning from the photographs