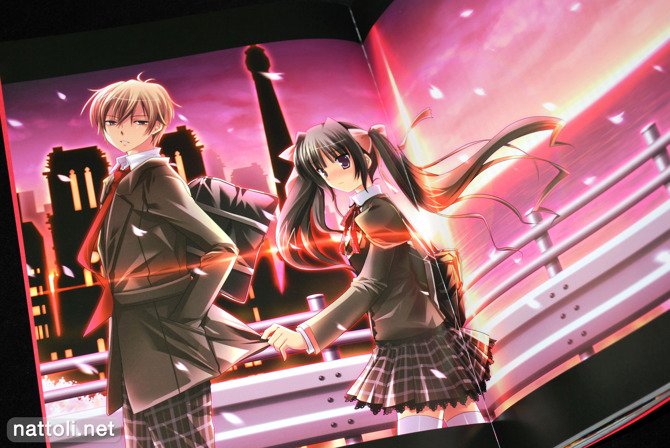 Ikegami Akane is a prolific artist, who has release many doujinshi along with several doujin-like art books. But Akaneiro Ikegami Akane Art Works marks her first commercial art book, released in both standard and limited editions at the end of March.

This review is for the standard edition of Akaneiro Ikegami Akane Art Works, which still includes the art work from the limited edition cover art inside the book. Akaneiro has several newly drawn illustrations---9 in total---which is surprising, but very welcomed. The cover art is new and repeated inside the art book without the title text.

The art book is an impressive 160-pages and A4-sized. One thing I was worried about when buying it was if her older art works would be overrepresented. And while there are some old pieces in this book, much of it showcases her comparatively newer style from the last two or three years. This also includes art from many of her Comiket doujinshi releases. 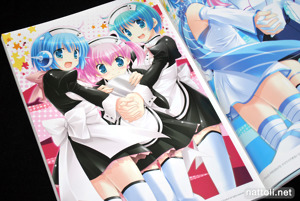 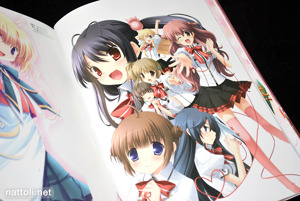 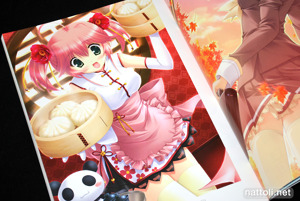 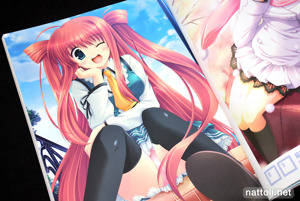 Ikegami Akane's doujinshi publications are often on textured paper, so seeing so many of her doujin arts published here without texture is a real treat. There are several two-page spreads through out the art book which are all given a healthy margin of overlap, so none of the illustrations look particularly cut off.

There are several fan art illustrations included in this collection. Characters from Lucky Star, Kanon, Fate/Stay Night, Higurashi When They Cry, Oreimo and others make an appearance, even though most of the illustrations were done originally for doujinshi.

Also included are several pages of store mascot illustrations for places like Melonbooks, Toranoana, and K-Books. Ikegami Akane's Vocaloid illustrations in this collection cover fourteen pages, and even include Megurine Luka ^^ 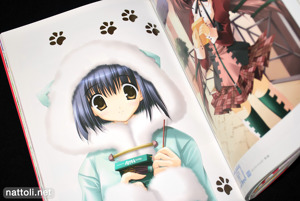 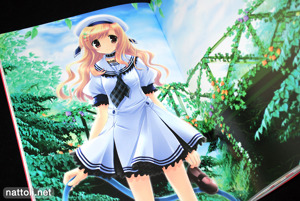 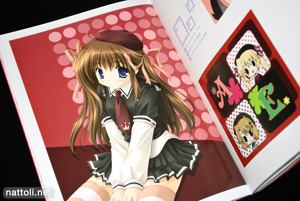 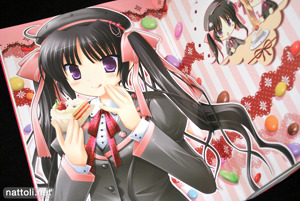 Akaneiro Ikegami Akane Art Works is a great first commercial collection from an artist with such a vast portfolio of works. The works selected were on the whole well considered, allowing for even older illustrations to look their best next to the newer ones. This is easily the best collection of her art work I've seen, and I would recommend buying Akaneiro as a great starting point for anyone interested in Ikegami Akane's illustrations.

It looks pretty generic but I do like the miku images! ^^

Thanks for the review! This has been on my to-buy list since it came onto my radar last month. This post tells me to procrastinate no more! :)

Oh btw do you know what's the difference between the standard version and the limited edition?

Limited comes in a slip case, like the limited edition for Kurehito Misaki's art book and it includes a drama + songs CD with this on the CD case cover.