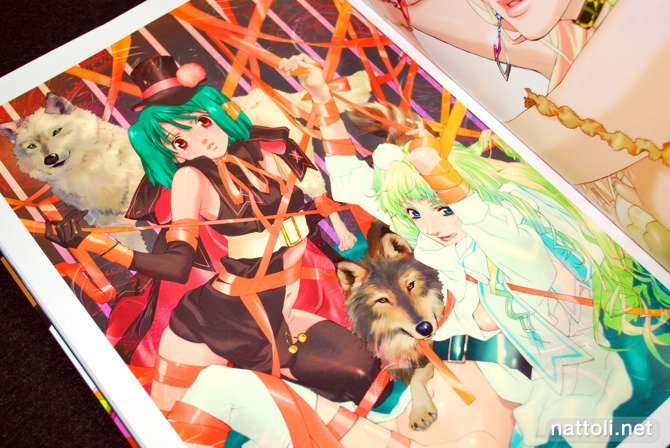 When I first saw the price of ￥952 for a "visual collection" I hesitated and asked myself, "Can they really make a good art book for such a low price?" Pleased to say, the answer is a resounding "YES!" And that only makes me wonder why similar books are double the price. 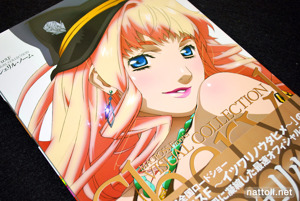 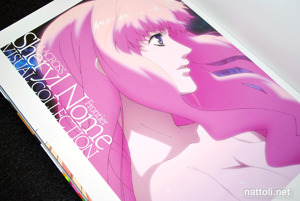 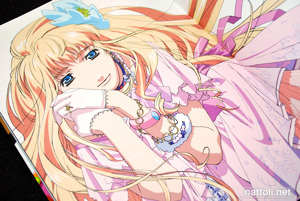 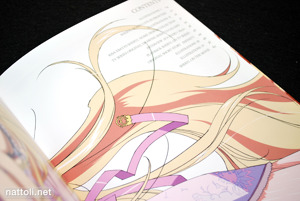 The Macross Frontier Visual Collection: Sheryl Nome art book is A4 sized and just 64 pages long but packs in more illustrations than visual books twice its size. What it does leave out are things like episode summaries, background scenery, and the like. But that's fine with me, I would rather have loads of gorgeous pictures of Sheryl :D 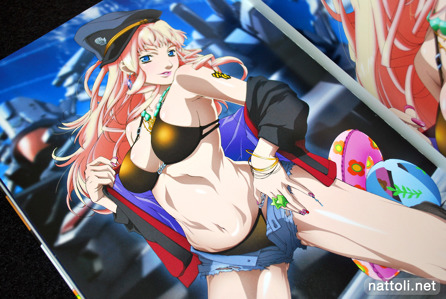 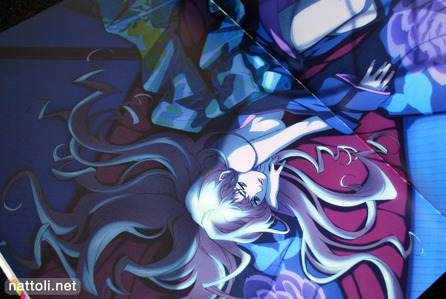 The two illustrations above are both newly done and exclusively for this book. One of them doubles as the cover illustration though ^^; I was surprised that there was any new content (aside from the cover) considering the price.

Though the book is mostly art work, the illustrations are separated into four different sections in the book. There's hardly a divide between the first and second illustration sections, so aside from two pages of screen shots, the first 30 pages of the book are just art work.

Then there's a small (5 page) section on Risa Ebata's skeches of Sheryl Nome. Risa Ebata is the character designer for Macross Frontier, and was also the designer for Prism Ark. The section includes lovely little sketches of everything Sheryl wore, along with some key frame sketches from the animation.

The rest of the book is illustrations, which included art work by guest artists Megane Kikuya, Noshi and Atsushi Nishigori. I was also really glad to see some of Risa Ebata's sexy-styled Sheryls that appeared on CD jackets. 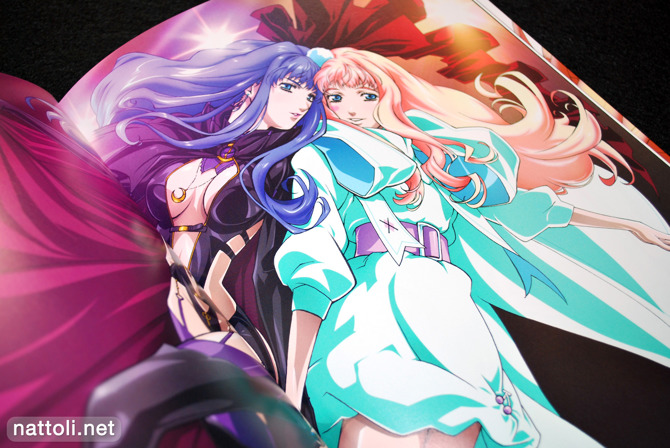 Considering that this book is the Sheryl Nome collection, does that mean we can be expecting a Ranka Lee version? Either way, can't wait for the Macross Frontier Movie, with new music and new concert scenes with Sheryl! Check out the trailer below :3

This is seriously good looking art for such a low cost? Maybe Macross wasn't very popular...

It's probably the opposite; it's so popular they could guarantee sales so they can offer a low price. It sold out on Amazon JP the first day and was ranked top ten and even #1 at times while it was for pre-order out of all books on Amazon JP, not just anime related ones.

What are they wasting pages on voice actors for?! I thought this was an artbook!

Visual collection! But they all get lumped in there together. Even straight-up art books interview the artists ;3

But...but... I'm a girl who watches mecha shows! Your theory, it's filled with holes >:D

You don't seem to be that acquainted with the Macross franchise. It's always been robots + idols since its first iteration in the 80's. :P

Was this artbook out recently? I will have to keep an eye out at Kino for it. Gawd, a Ranka Lee version of this quality will be a sell out. xD

I guess my favourite illustration will have to be the pink two-piece swimsuit. I love swimsuit illustrations. Love the sex appeal. xD

The book came released officially on the 20th, so it should still be around, and probably just getting into some of the import shops. Fingers are definitely crossed for the Ranka Lee version! XD