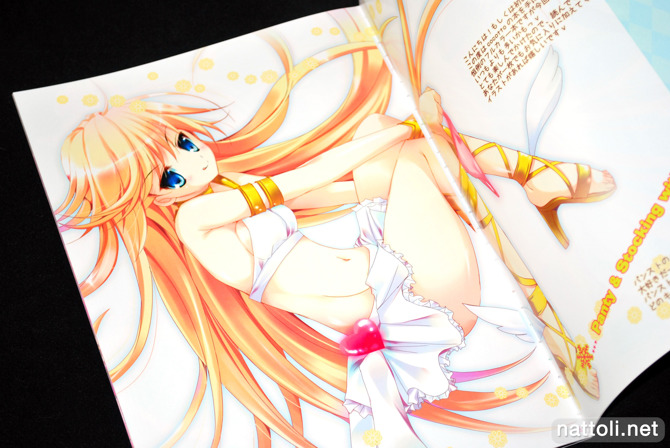 Mizusawa Mimori's Coco Colorful ~Winter 2010~ is a small collection of both fan arts and original works that she released for Comiket 79. I tend to skip over Mizusawa Mimori's releases, but this time it had something of interest for me: Panty & Stocking fan arts! ^^; 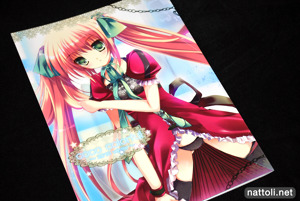 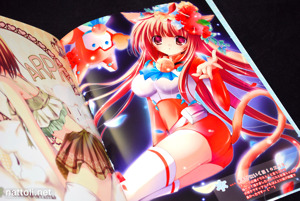 Coco Colorful ~Winter 2010~ is B5-sized and 20-pages long including the covers. It doesn't feel as "filled up" as other doujins of a similar size though, in part because it doesn't make use of the inside covers and there are also several two page spreads inside. But Mizusawa Mimori's colorful style helps make up for it, like in the Asobi ni iku yo! fan art above.

There is an illustration for both Panty and Stocking, though the Stocking one feels like a bit of a let down in comparison. And now I definitely know why Mizusawa Mimori so seldom illustrates characters in profile... As far as other fan arts go, there is also a Hetalia Axis Powers gender bender with England and America.

The rest of this short collection features several original works; three pages of maids, one nekomimi girl, one girl in a bikini---standard moe fare. Coco Colorful ~Winter 2010~ is an alright collection, but it feels more like filler than a meal. I blame my short-lived Panty & Stocking hyper fandom, even as I'm currently repeating this possible mistake with Madoka ^^;