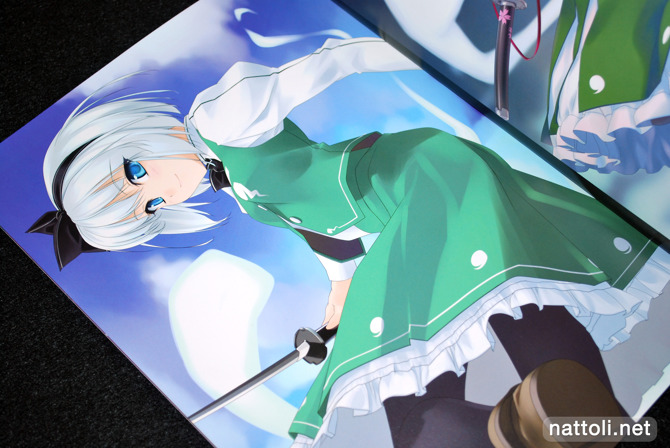 This is a short review because Rokuwata Tomoe's Windward is a short book. Most doujinshi publications tend to be on the short side, but I do try to aim for ones that have at least 20 pages, unless I just really like the artist or can get it for cheap. 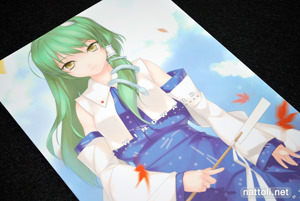 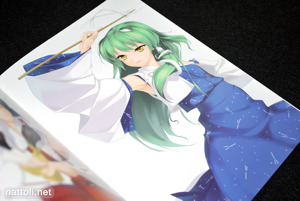 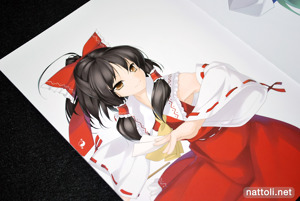 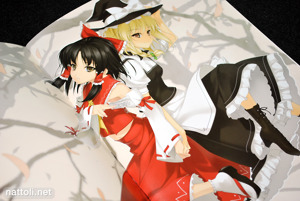 And this was one of those situations where I was able to get it for cheap. JPQueen (which recently came back to life) was selling it used for a mind-numbing $3 and I was already buying other things, so it was worth adding on. I've seen it on sale for a lot more, but I can't imagine paying so much for it... 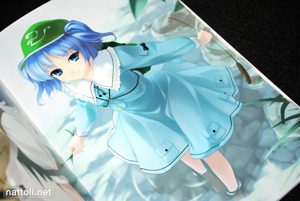 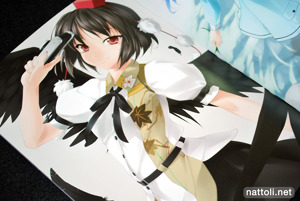 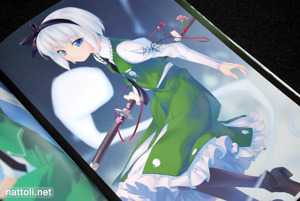 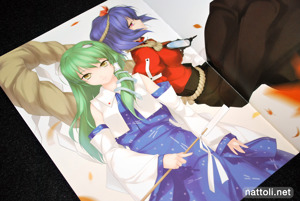 Don't get me wrong, the illustrations are beautiful. Rokuwata Tomoe (六羽田トモエ) has a way of giving the characters some depth with the soft shading and shadows on the face and hair. It's a consistent style that you can see with Rokuwata's sword girl in the Moeru Japanese Sword Girls review.

This doujinshi showcases a total of 12 illustrations, including the cover art, which also re-appears in a two page spread on the inside. Most (but not all) of the illustrations in this book re-appear in Rokuwata Tomoe's winter 2008 release called CONTRAIL, which at the moment is much easier to get, has more illustrations in total and is also a great start to collecting Rokuwata's works.

Not worth it if it's that short, nice artwork for what it is though.

Well if you could somehow pay $3 without shipping it would be a must have for me!