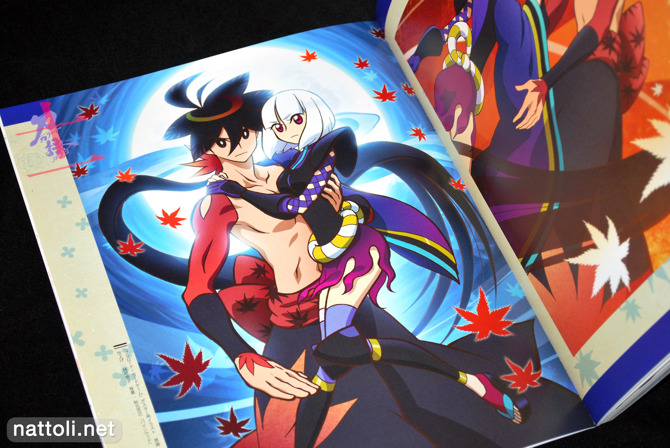 I'm a big fan of Katanagatari, I loved the story, but perhaps more importantly, I loved the unique character designs by Take (竹). And surprisingly, the anime style stayed quite true to the original designs with Kawada Tsuyoshi's adaptations, which led me to get the Katanagatari Visual Book. Though it's what you would expect from a visual book, it does an excellent job gathering all the anime art works from the series. 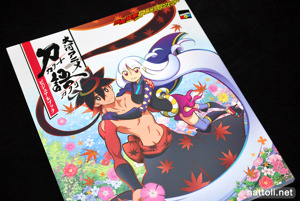 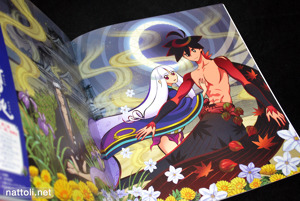 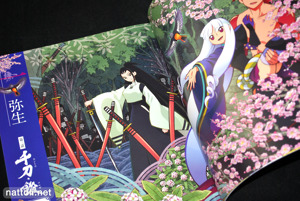 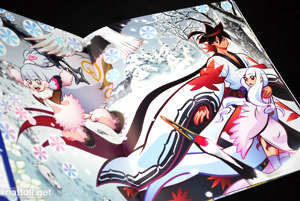 Katanagatari Visual Book is B5-sized and 96-pages, which is a pretty average length for visual collections. The first 30-pages or so of the book showcase the art work from each of the DVDs on two-page spreads. It's not often that DVD illustrations are included in visual books, so it's a real treat. 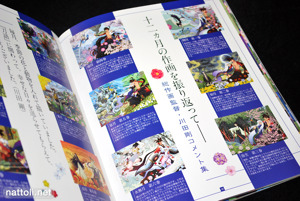 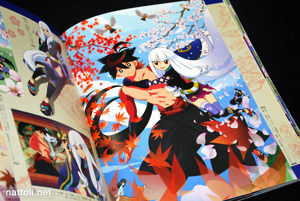 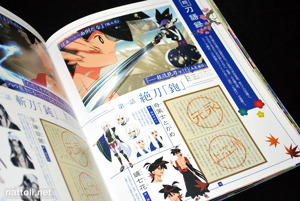 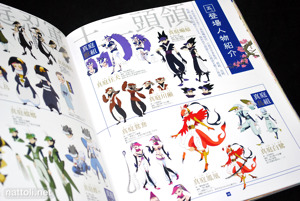 There are four short illustration galleries spaced through out the book with the first separating the DVD cover art gallery and the episode summaries. The first gallery is 4-pages, and contains several promotional magazine art works. The episode summaries take up the next twelve pages and are followed by six pages of colored character line arts of the Maniwa Ninjas along with different costume changes of the main characters and some spoiler-ish things I won't mention ^^

The second small gallery is also 4-pages, with three of them being full page illustrations. There were actually quite a few illustrations that I hadn't seen before the the latter sections, which really made it worth it for me. After the gallery are 4-pages of voice actor interviews followed by a Take (竹) illustration with Togame and Yasuri Shichikawa in present-day clothing. 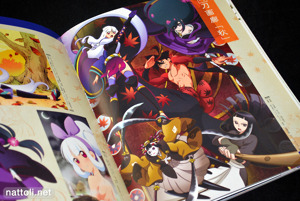 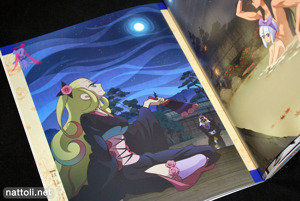 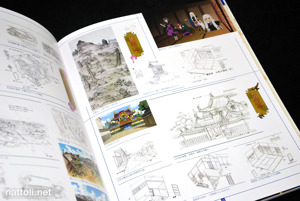 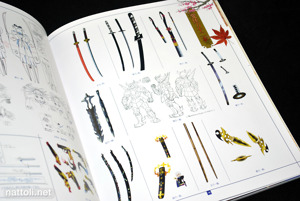 The third gallery section is the same length as the ones preceding it, and heads off the section for the background scene art work. The background art, along with the designs for each of the swords, take up the next 12-pages of the visual book. 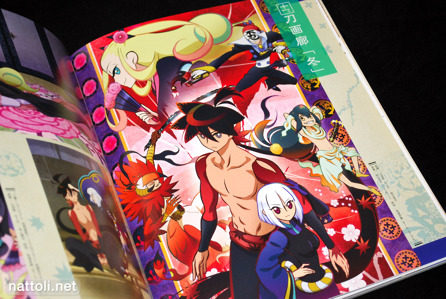 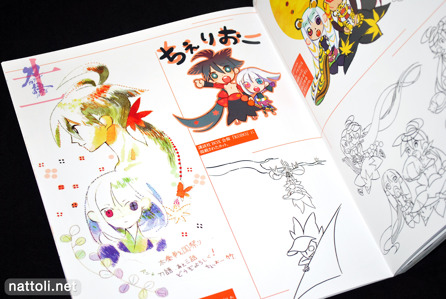 There's one last 4-page image gallery before a couple more pages of Take's (竹) art works. The visual book ends with two cross talk interviews, one of which features the anime character designer Kawada Tsuyoshi, director Motonaga Keitaro, and series composer Uezu Makoto. The other is between Motonaga Keitaro and the original creator NisiOisin. I think the Katanagatari Visual Book really strikes a good balance between art work and information. Of course, as with most visual books, it helps if you're interested in the animation. For those just seeking the art work, I would recommend Take Illustrations Katanagatari Emaki, yet another book I should have reviewed by now ^^;

Looks lovely! Have always thought Katanagatari had unique design styling, a shame the anime adaptation is still on my 'to watch' list. ^^;;

Definitely worth watching! I keep trying to convince people, but they always get put off since it's a bit dialogue heavy for an anime. If only they would stick it out till the end ;_;

It's interesting because I'm very much in it for the action and the story. The length of the series was perfect as well! :3

Excellent looking book! Thanks for the review!