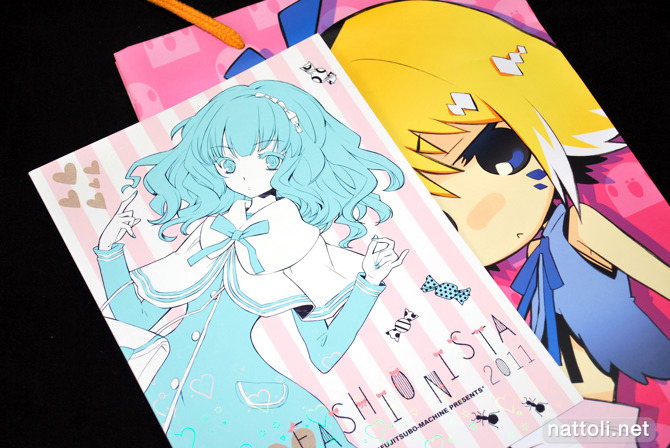 Ito Noizi's COMIC1☆5 release revisits the fashionista theme she set in an earlier doujinshi with FASHIONISTA 2011. The collection is deceptively short, but also features two illustrations by Kichiemo, whose appearances in Fujitsubo Machine have been less frequent as of late. 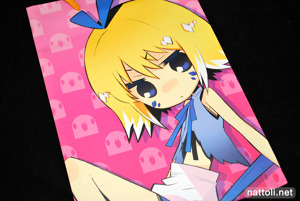 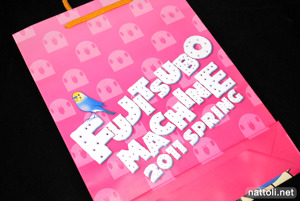 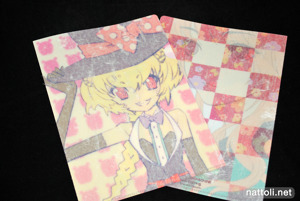 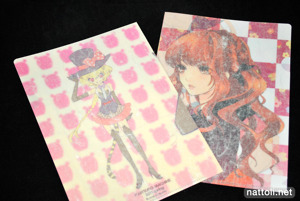 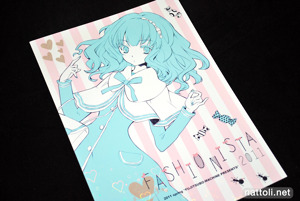 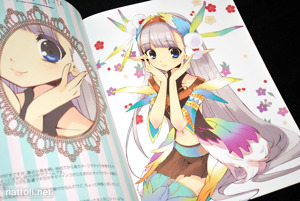 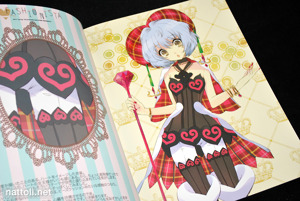 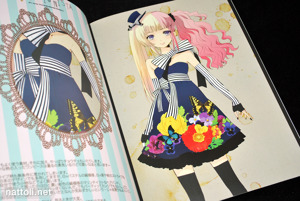 The doujinshi itself is 20-pages including the covers and B5-sized. The cover has a really light holographic hearts pattern overlaid, with a two-color line art version of an illustration that is full-color inside. In total, there are only 5 full-page illustrations by Ito Noizi. Alongside each illustration are her comments about the art work, with a close-up detail of the picture. Generally speaking, you can expect shorter works for these in-between Comiket conventions. But they're certainly receiving a lot more attention from artists than they used to. 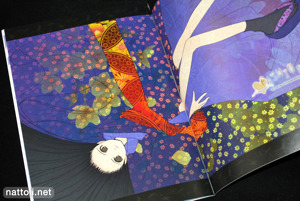 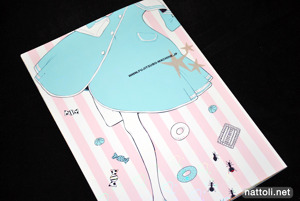 Kicheimo has a couple of two-page spread illustrations after Ito Noizi's works. They're interesting, but not fashionably stylish in the same way as Noizi's works. FASHIONISTA 2011 sold briefly on Melonbooks as just the doujinshi, but now it's only available on auctions. I like the art work, but there aren't enough illustrations for me to make a purchase like this again. Besides, in another year they'll probably all be in an art book XD

I do really love the works done by Noizi Ito ! Fashionista is no exception. Indeed I found this doujin really colorful. The costumes are well done too.

Actually I bought this doujin through K-Books. I am intending to get some extras, which are going to be released during the next month. ^^

I think if you want to be an eroge artist like Noizi Itou or Carnelian, you have to also be a part-time fashion designer if you want to go far. I have the artbook for Quilt (the game developed by Clover and published by Orbit-soft) and the concept art showing the effort that went into the clothes there really shows.

These eroge artists can be really great at making outfits that are both unique and aesthetically pleasing. Some other more famous Japanese artists, like Tetsuya Nomura, however, have a less stellar track record in my opinion.

Maybe it's a girl thing, being more concerned with the fashions. I like Tetsuya Nomura's style though, it's more like industrial than fashionable clothing, but it works in games where everyone has to be battle ready :3

Well, some male eroge artists do just as well themselves, though sometimes (such as the case of Tony Taka) they show more skin than what might be practical for the female characters. In any case, Carnelian seems to be able to draw more practical fashions for the most part than Tetsuya Nomura, since she doesn't have an odd fascination with absurd levels of "accessorization" such as festooning her characters with belts, zippers, or buckles, that Nomura does with his characters.