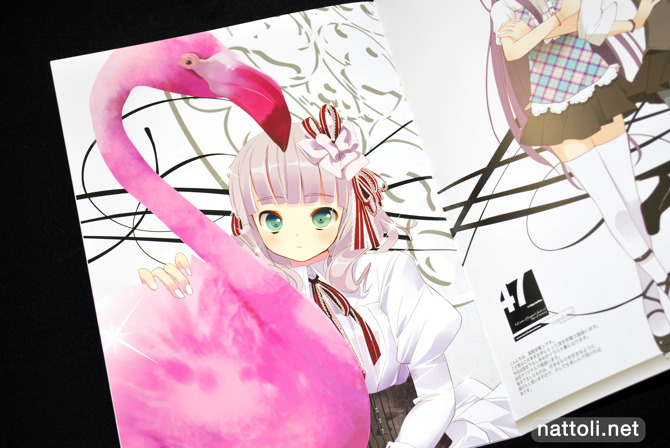 Masato @ Takashina has thrown naming conventions to the winds and decided to also call his Comiket 79 release 47PF, as he did his previous Comiket 78 release. Perhaps it's to show that 47PF (Winter 2010) is more or less a continuation of the previous idea, with a random assortment of fashionable girl illustrations from the past year just grouped together. 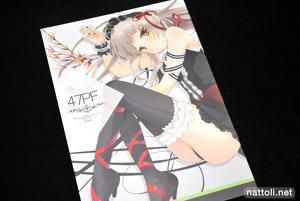 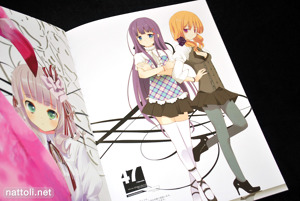 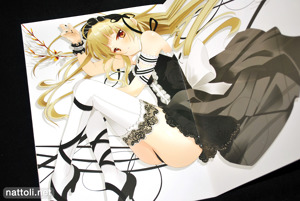 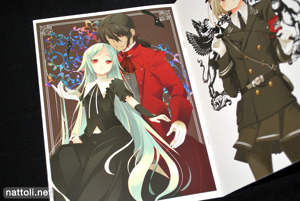 47PF (Winter 2010) is 16-pages and B5-sized like its predecessor. On the one hand, the art work as a whole looks newer and more polished than the collection in Summer 2010 edition of 47PF. But on the downside, there are less illustrations in 47PF (Winter 2010) and none of them had the kind of elaborate sceneries we saw in the first book.

Still, Masato @ Takashina's character designs are lovely and adorable, and that has stayed consistent through both 47PF volumes. As far as recognizable non-original characters went, there was a Touhou illustration and a fan work from Kud Wafter All things considered, it's not a doujinshi I would have gone out of my way to get, and seeing as the illustrations per book are going down, I think I'll pass on the Comiket 80 release... ^^;

Short but sweet, not too bad!

That's Kud Wafter there to be more precise, not Little Busters! ;)

Ah, you're right! You know your eroge ;D