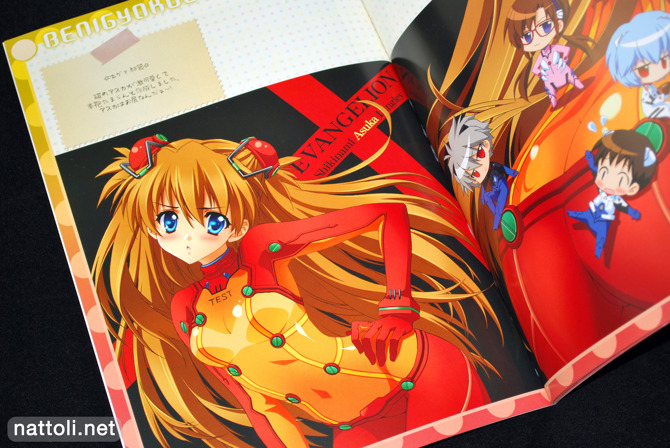 CARNELIAN's Benigyokuzui Vol. 27 is less like an illustration doujinshi and more like a product catalog, seeing as how the majority of illustrations included come from merchandise releases. And speaking as someone who seldom buys the extras, it's a welcome addition to my small pile of CARNELIAN art works.

Benigyokuzui Vol. 27 is B5-sized, full-color and 30-pages when counting the covers. The unnumbered pages are all framed with a decorative border, showcasing both original characters and fan art illustrations alike. The cover art work features CARNELIAN's Major arcana tarot card illustrations, which were also a merchandise release and featured as rough sketches in Benigyokuzui Vol. 24. 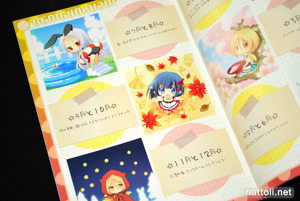 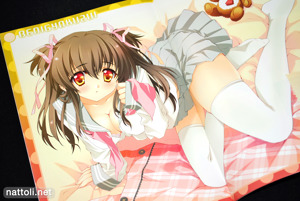 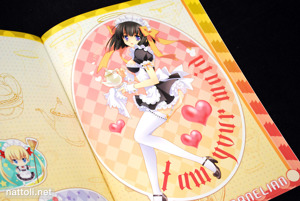 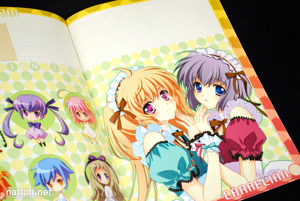 The chibi-style art work that I think was featured in CARNELIAN's snow globe calendar is also included, sized to fit three illustrations to a page. Most if not all of the illustrations were familiar in this collection, but I can't put a date to a lot of it, as it wasn't really in my field of interest while it was printed on things like hand towels and mugs ^^; Benigyokuzui Vol. 27 was released at then end of June in 2010, so that can give you some idea of the merchandise timeline. The flavored girls from another of CARNELIAN's doujins, RECIPE, appear in here in a larger presentation than the original book.

That Hatsune Miku illustration actually appears in another of CARNELIAN's doujins in addition to on merchandise, but this is a less cropped version with extra sparkles ^^ At least she's not at Ugetsu Hakua levels with illustration repetition -_- Anyhow, though the art works in Benigyokuzui Vol. 27 weren't new, it was still worthwhile as it gathered art from items a lot of people don't buy. I'm under the impression it was sold only through her site, which is why it's a bit hard to find, but it does appear from time to time on Yahoo! Japan Auctions and eBay.

I have a copy of this I need to get shipped. Glad to see the contents are so nice! As soon as I saw the Tarot card cover I knew it was one I had to get, since I'll never get ahold of those tarot cards! I never buy extra merch like the paper bags and knick knacks since I'm convinced I'll never actually do anything with them, so it is good to see the illustrations for them have been put into doujinshi form. This particular volume of Benigyokuzui was indeed mail order only; I think I found my copy on Yahoo Japan.

Heh, I was sold by the cover too, hoping it would include the tarot card illustrations ^^; All I knew for sure upon buying it was that it'd be in color... But I'm still glad it was all stuff I don't have anyway.

I can't really figure out a purpose for those bags after the conventions are over... unless you run a small store or something XD

If you have room, they might look neat hanging on the wall if you like the artwork on them!

Been a while since I saw some nice Carnelian artworks, great stuff! ^^