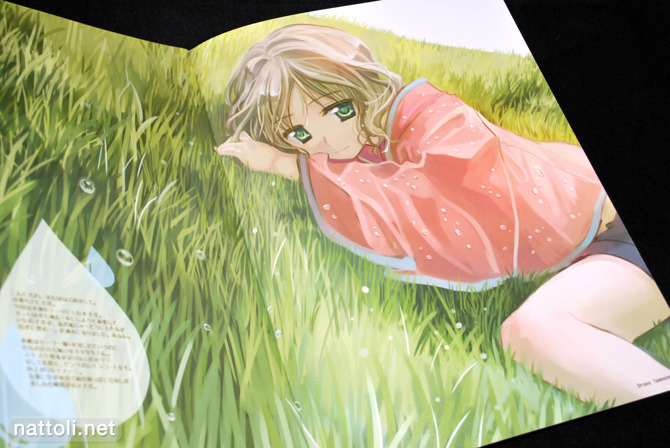 Chisato Naruse's Drops was released for Comiket 79 and has a rather unique and interesting theme; all of the girls pictured quite literally have water droplets on them. It's something you see often in illustrations, but I never thought about it being the focus of a collection ^^; 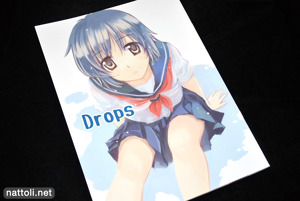 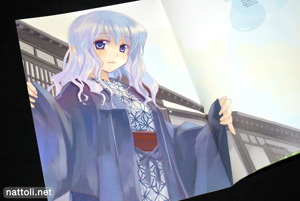 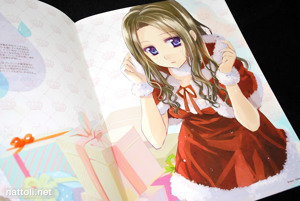 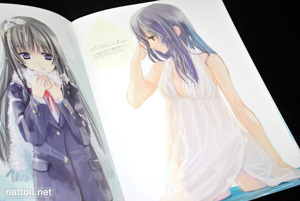 Drops is a short, A4-sized doujinshi coming in at 16-pages when counting the covers. However, the inside covers are used for illustrations, so it does make better use of its page count than most doujins. All of the illustrations in Drops are either full-page or two-page spreads, and while that means there aren't a lot of illustrations, the ones that are there are well done. 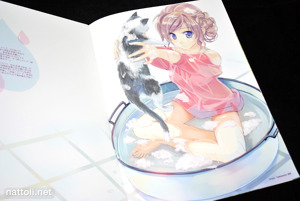 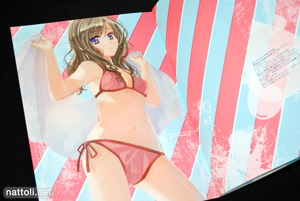 Each illustration is also accompanied by a comment from Naruse Chisato inside of a stylized water droplet. Counting the cover art, there are only really nine illustrations. While Chisato Naruse's Drops is pretty, I don't expect it's something most people would considering going out of their way to purchase, and I wouldn't recommend it as such. But that's just how it is with a lot of shorter doujins.