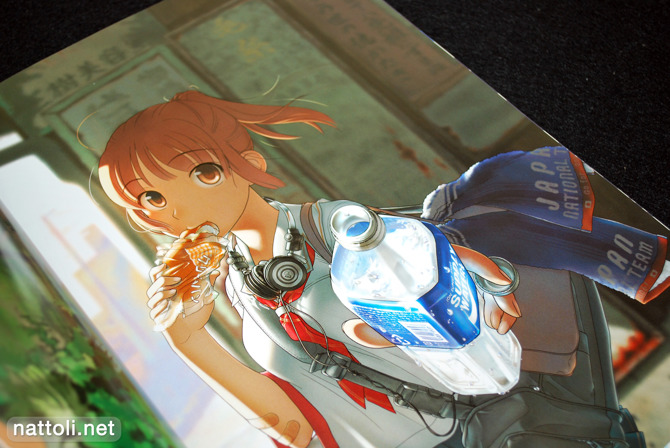 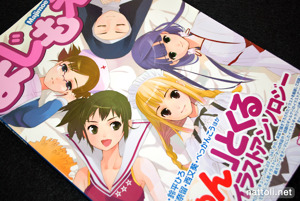 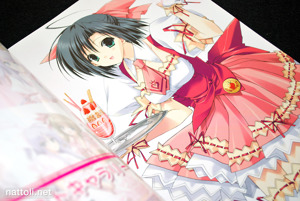 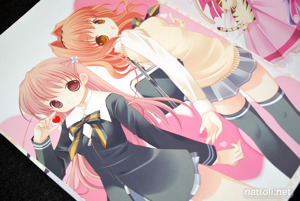 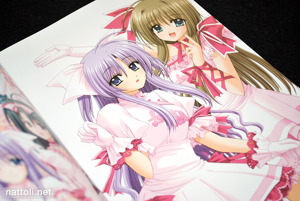 The illustrations appeared in issues of the Japanese magazine Magi-Cu from volumes 24 up until 34, so if you're an avid collector of the magazine, you've probably seen it all. But if you haven't, most of the illustrations haven't appeared anywhere else so it'll be new to you.

The first 11 pages have cover art work, done by some of the most famous artists who appear in the book. Three covers were done by Aoi Nishimata and feature the girls of Lovely Idol.

The second section in Majimoe Special Selection is from pages 13 to 23 and is titled "Special Illustration Gallery." This section features some game illustrations and some original illustrations. There's original art work by Suzuhira Hiro, Chisato Naruse and Kuchuu Yousei. And there's game art work from Naruse Mamoru with Gift and a Summer Days (School Days) illustration by Gotoh Junji. There are more than than that, but I'm just giving you a general idea of it ^^ 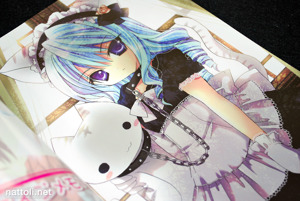 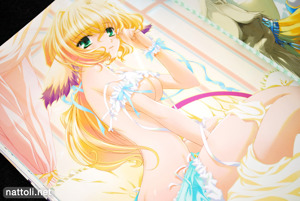 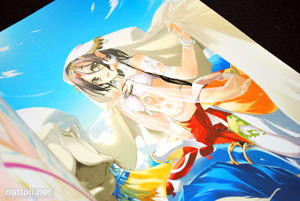 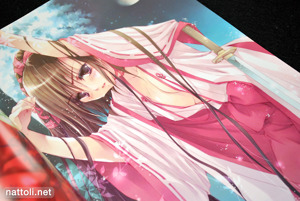 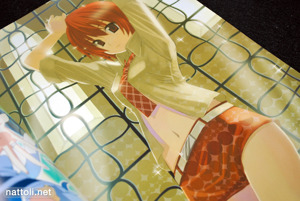 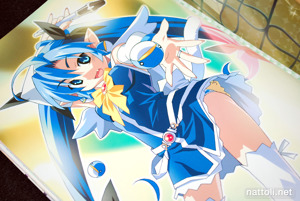 There's a small 8 page Aquarian Age TCG section with art from Koge Donbo, Gensho Sugiyama, and Nanase Aoi, and Poyoyon Rock. I found the more impressive illustrations in this section came from artists I'd never heard of like COM and Hayase Akira.

The next half of the book is a new chapter, featuring anime and game illustrations by a variety of different artists. Some of the anime/games illustrated are Kimikiss, Utawaremono, Yokubari Saboten, Melty Blood, Aim for the Top 2, Higurashi no Naku Koro Ni, and ef - a fairy tale of the two -. This section is 35 pages long. 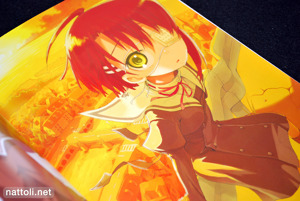 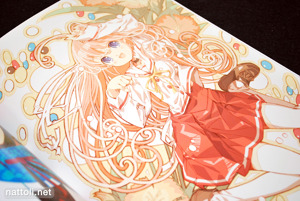 I found it to be a really interesting selection, mostly because the artists illustrating the series weren't the official artists, so a lot of liberties in character design and style were taken. Some of the many artists in this section are Matsuryu, Tomose Shunsaku, Mikeou, Itoh Ben, Houden Eizo, Yasuyuki Tsurugi, YUG and KEI.

The final section of the book are illustrations on a theme. The themes featured are Valentine, Graduation, Mikos & Sisters, Maid, Nurse, Waitress, Swimsuit, Magical Girl, Companion, Cheerleader, and Santa. All of the themes have two illustrations except for Valentine, which has four illustrations. Some of the artists featured in this final section are Yamino Kenji, Kantoku, Miyama Zero, Misaki Kurehito, Higa Yukari, and Kamiya Maneki.

One of the good things about this book is there are no spreads; every image is featured on a full page, and nothing is cut off or missing. This in my opinion, is the ideal presentation for art work. Even though Majimoe Special Selection is only 96 pages long, it makes great use of every page and for its price of ￥ 2,100 (and cheaper if you find it used) it's worth looking for.

Oh nice, some gunbuster, don;t really see that too often. Too bad its sold out on amazon.

Actually it says one more left! Grab it while you can!

I am beginning to enjoy these collaboration artbooks more and more... it's nice to have a variety of styles covering a theme to admire, rather than a single artist's take on that theme.

That's a good way to look at it, like Pick & Mix candy, get a little bit of everything! ^^;