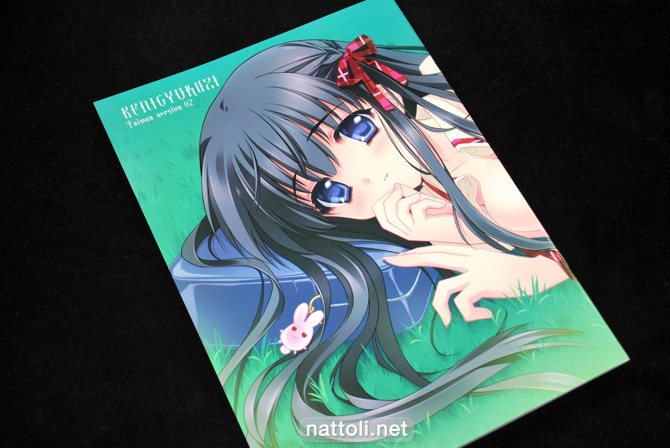 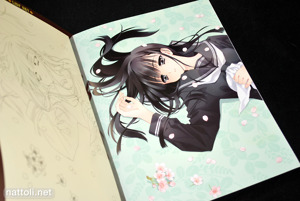 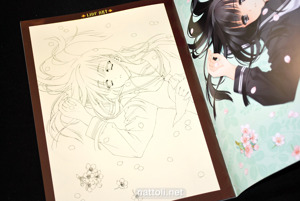 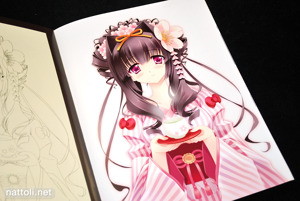 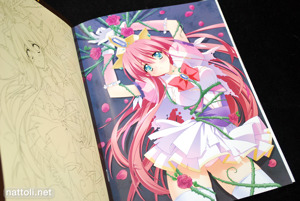 Benigyokuzui Taiwan Version 02 is 28-pages including the covers and B5 in size. It's staple-bound with high quality FM screening. There's a mix of fan art illustrations with original works; CARNELIAN's illustration from Eshi 100 - Contemporary Japanese Illustration is also included. 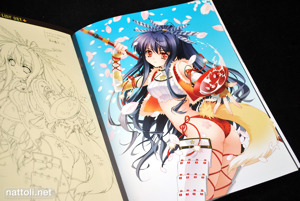 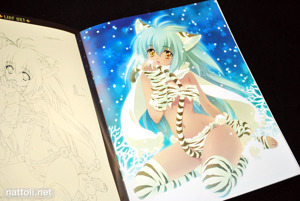 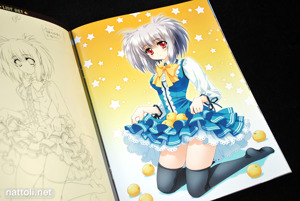 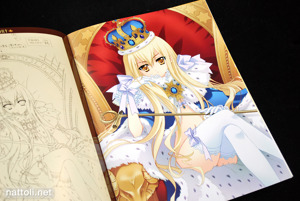 Though having line art in a CARNELIAN doujinshi isn't something new, her more recent releases managed to avoid it, and I thought that was a trend that would continue. Having the line art on every other page really cuts the amount of illustrations in half, and it's just never mentioned by sellers or even CARNELIAN on site. Why aren't artists more forthcoming about what's actually in their collections? 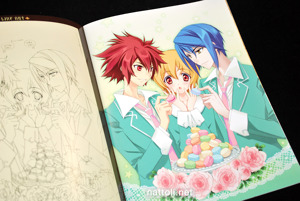 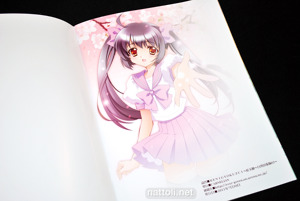 In total there are 13 illustrations in the book when counting the cover art work, about half of what was in Benigyokuzui Taiwan Version 01 even there's only a count difference of four pages. Unless you can get it for a good price, I wouldn't recommend Benigyokuzui Taiwan Version 02. Besides, there's an even greater CARNELIAN art fix planned for November 2011: CARNELIAN MUSEUM -ORBIT WORKS-, her first self-titled commercial art book since 2001.

When I saw this artwork being sold on K-Books, I did not think carefully and instantaneously bought my copy. But after reading your review I am not sure if it was a really good idea...

Ok, I am pretty much a Carnelian fan. But I was hoping something new, especially after considering the cute cover she did for this artwork. Oh well...

Anyway, I have high hopes for her next work. I will surely buy this one !

Eh, I did the same thing. It would be best for everyone if artists weren't so opaque about the content of their books.

Benigyokuzui Vol. 30 was all new though!

Call me wind because I am asuboltely blown away.